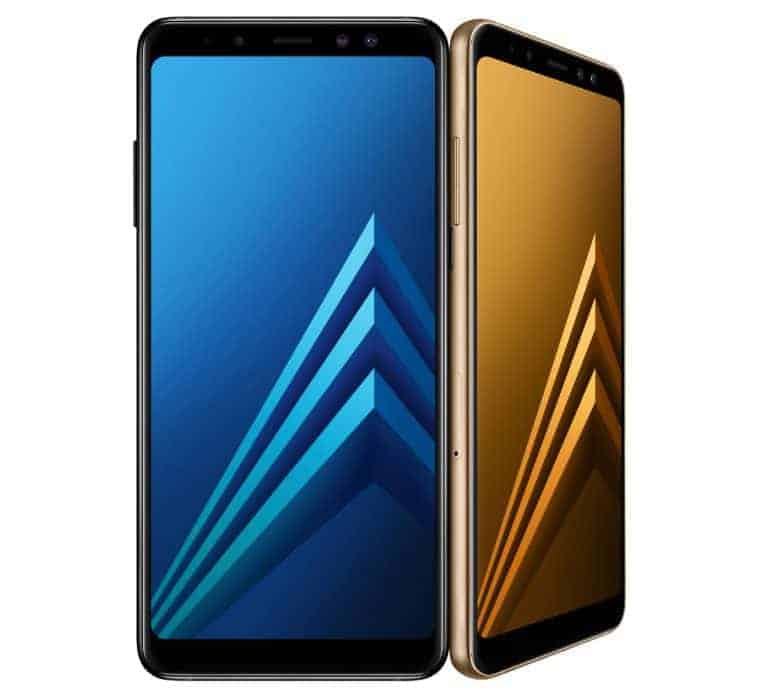 The Galaxy A8 sports a 5.6-inch 1080×2220 resolution display. It’s powered by the Exynos 7885 octa-core processor, with 4GB of RAM and 64GB of storage. There is also a micro SD card slot available for expanding storage, should you need it. There’s also a 3000mAh battery inside, which is non-removable, but should keep the phone running all day long. Additionally, Samsung has a 16-megapixel camera on the backside, with dual cameras on the front – which consist of a 16-megapixel and a 8-megapixel shooters. The Galaxy A8 Plus is virtually the same, aside from the larger 6.0-inch display, a bit more RAM at 6GB, and a slightly larger 3500mAh battery. Otherwise, it also sports the Exynos 7885 processor, and 64GB of storage, with the same dual-cameras on the front and the 16-megapixel rear shooter.

These smartphones are slightly cheaper Galaxy S8’s, with slightly different specs. They do look very similar, even down to the colors – which include Orchid Gray, Gold and Black. These do not sport curved displays, and the displays are slightly lower resolution at Full HD+. They do still have that Infinity Display, which looks great on the Galaxy A8, and also a pretty large battery inside. These are the 2018 models, which were just released a few months ago. It’s currently unclear whether Samsung will actually bring these two smartphones over to the US officially, or just allow retailers like B&H Photo to sell these international versions in the US. Remember to check the bands these support before you purchase them, to make sure that they do actually work with your carrier. But they should work fully with T-Mobile and AT&T’s networks, as well as MVNO’s that use those networks.