MWC 2018’s most notable announcement has just taken place with Samsung hosting its event and introducing its latest flagship smartphone, the Samsung Galaxy S9. This is the first major smartphone to come through from Samsung in 2018 and akin to recent Galaxy S launches, Samsung has unveiled two models: the standard Galaxy S9 and the Galaxy S9 Plus (+). Unlike recent years, however, the two models are now even more individual with Samsung opting for a difference in more departments than even before. Although, differences asides, both phones look to offer a premium user experience along with an increased emphasis on artificial intelligence (AI) and augmented reality (AR).

On first impressions, the standard Samsung Galaxy S9 seems to be the less evolved of the two handsets as it very closely resembles last year’s model, thanks to the employment of an ‘Infinite Display’ design where the front panel is primarily made up of a Super AMOLED display. Likewise, the Galaxy S9 remains the same size (5.8-inches) as its predecessor, along with the same aspect ratio (18.5:9), resulting in the same resolution (2960 x 1440). The same battery capacity (3,000 mAh) is also included, as is the same core spec combination of 4GB RAM and 64GB storage. With the SoC the first notable upgrade considering the new Galaxy S9 features Qualcomm’s latest flagship offering – the Snapdragon 845 – in the US, and Samsung’s latest SoC – the Exynos 9810 – included with the international version. The back of the phone is where the most obvious visual change from the Galaxy S8 can be seen, as in spite of Samsung sticking with one rear camera on the Galaxy S9, the alignment has shifted from a horizontal design to a vertical one. This has also resulted in the realignment of the fingerprint sensor as well, which now sits below the camera module, instead of beside it. A full list of the Samsung Galaxy S9 specs can be viewed here. 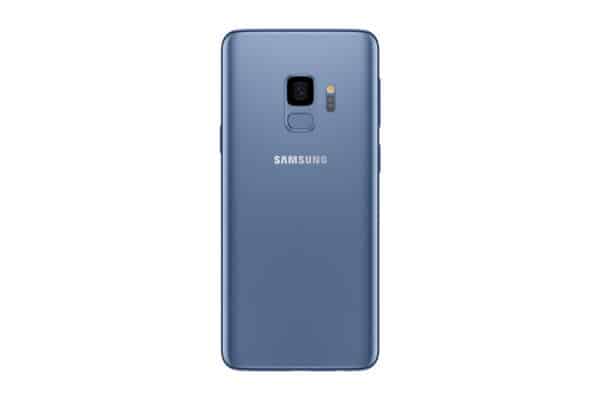 As for the Galaxy S9 Plus, this is where things start to get interesting as this model does now clearly represent a more defined premium position. Yes, the same sized (6.2-inch) Super AMOLED display is in us, as is the same aspect ratio (18.5:9), and the same resolution (2960 x 1440), resulting in the whole front panel seemingly unchanged from the Galaxy S8 Plus. However, the rear of the Galaxy S9 Plus not only adopts the new vertically camera alignment and fingerprint setup found on the standard Galaxy S9, but it actually more closely follows on from the Galaxy Note 8 due to the inclusion of a dual rear camera setup. Representing one of the more fundamental and distinctive differences between this year’s two options. Those opting for the Galaxy S9 will get a single 12-megapixel rear camera while those opting for the S9 Plus will get two 12-megapixel cameras. Likewise, there are some fundamental internal differences as well, as while the standard Galaxy S9 sports 4GB RAM, the Plus version has seen its RAM count boosted up to 6GB this year. Although the storage remains the same as the standard version (64GB), along with the same US and international market-oriented SoCs. As to be expected with the larger model, the Galaxy S9’s battery capacity is greater (3,500 mAh) although this is another unchanged element when compared to last year’s Plus model. The full list of Galaxy S9 Plus specs can be viewed here. 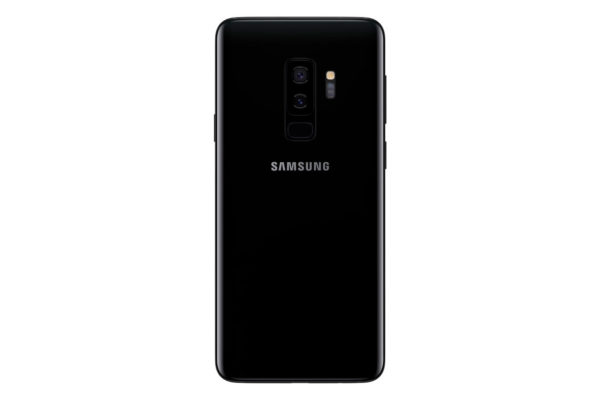 The Galaxy S9 Plus (as well as the Galaxy S9) arrive running on Android 8.0 (Oreo) and it is at the software level where a number of the other upgrades can be seen, beyond those included with the general OS update. In particular, Samsung has looked to offer buyers of this year’s model(s) a much improved camera experience. This not only includes expected and routine improvements (such as better low-light capturing and performance) but also newer and smarter camera features with one of the most topical examples being the new animated emoji feature, AR Emoji. Similar to Apple’s Animoji, Samsung’s solution allows the user to capture an animated version (equipped with facial expressions) using facial scanning technologies. Although unlike Apple’s implementation, Samsung’s version is more focused on life-like avatar creation. Needless to say, this also does mean the facial recognition on the two Galaxy S9 phones has also been greatly improved, compared to previous versions. Other software areas that are seeing an upgrade include the audio (thanks to some software tweaking by AKG), and Samsung’s AI solution, Bixby. As Bixby is not only now smarter, more refined, and reactionary, but it is also gaining new and improved features including real-time translations and a richer use of AR with Bixby Vision.

In terms of availability, Samsung has now confirmed both the Galaxy S9 and S9 Plus will be available to pre-order starting from March 2 and will remain in a pre-order status until March 16 when the two phones are due to become generally available online and in store. While color options will vary by region, both models will initially be available in three primary colors: Coral Blue, Lilac Purple, and Midnight Black. As for the price, the Galaxy S9 line remains one of the company’s most expensive lines with the standard Galaxy S9 due to go on sale in the US starting at $719.99 and the Galaxy S9 Plus at $839.99. Although these prices will vary slightly if purchased through a carrier.