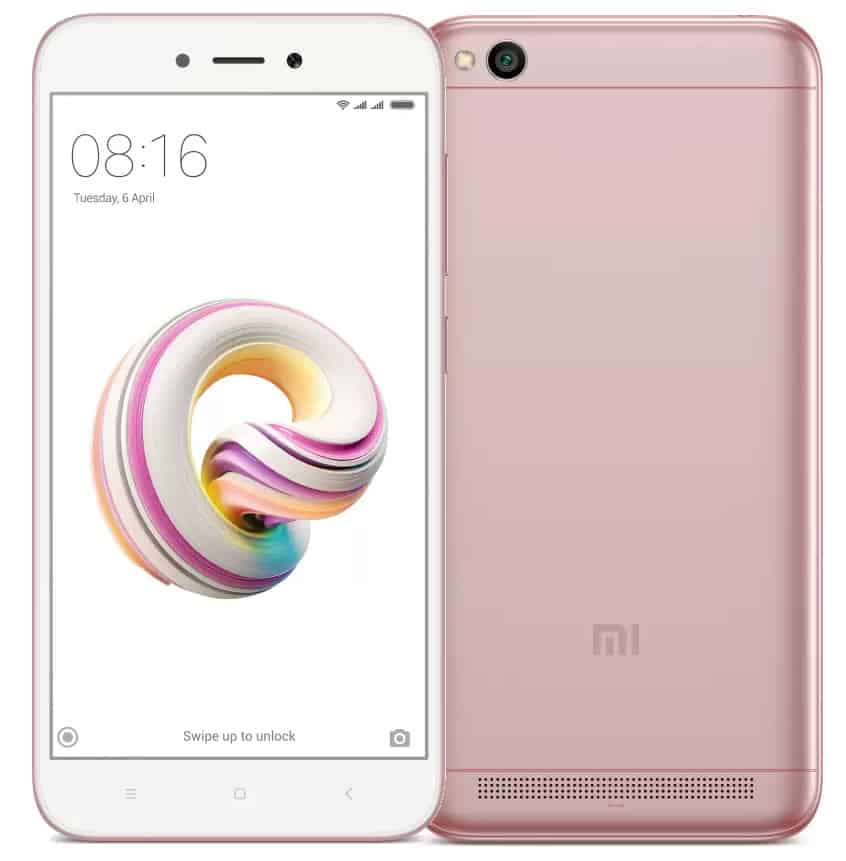 Xiaomi has released the Rose Gold Redmi 5A variant in India. The company has been teasing the release of this variant of the phone for a while now, and the phone is now finally available in India, following its initial announcement which occurred back in November last year. The Rose Gold Redmi 5A was announced in India along with Dark Gray and Champagne Gold variants, but it was not made available from the get-go, as the other two variants launched last month.

That being said, Xiaomi had announced, earlier this month, that it managed to sell 1 million Redmi 5A units in India since they went on sale last month. The Redmi 5A is a budget smartphone which sports a single camera on the back, capacitive buttons below the display, and a rear-facing loudspeaker. All the physical keys are placed on the right-hand side of this smartphone, and the device features entry-level specifications, which is why it's so affordable, though that's something we'll talk about in a minute, let's first check out its specification. This is not only a budget phone, but it's also a compact handset, as it sports a 5-inch HD IPS display. The phone also sports 2GB / 3GB of RAM and 16GB / 32GB of expandable storage (expandable up to 128GB via a microSD card). Qualcomm's Snapdragon 425 64-bit quad-core SoC fuels the device, and it's clocked at 1.4GHz, while its Adreno 308 GPU runs at 500MHz.

A 13-megapixel snapper lies on the back of the device, along with an LED flash, while you will find a 5-megapixel camera on the device's front side. A 3,000mAh non-removable battery is also a part of this package, while the phone offers two SIM card slots as well. Android 7.1.2 Nougat comes pre-installed on this handset, along with Xiaomi's MIUI 9 skin. The Redmi 5A features an IR blaster at the top of its body, while the phone measures 140.4 x 70.1 x 8.35mm, and weighs 137 grams. The device is currently available from Flipkart and Mi.com starting at Rs. 4,999 ($79), which is a price point that it shares with the other two color variants of the Redmi 5A, so there's no difference there.