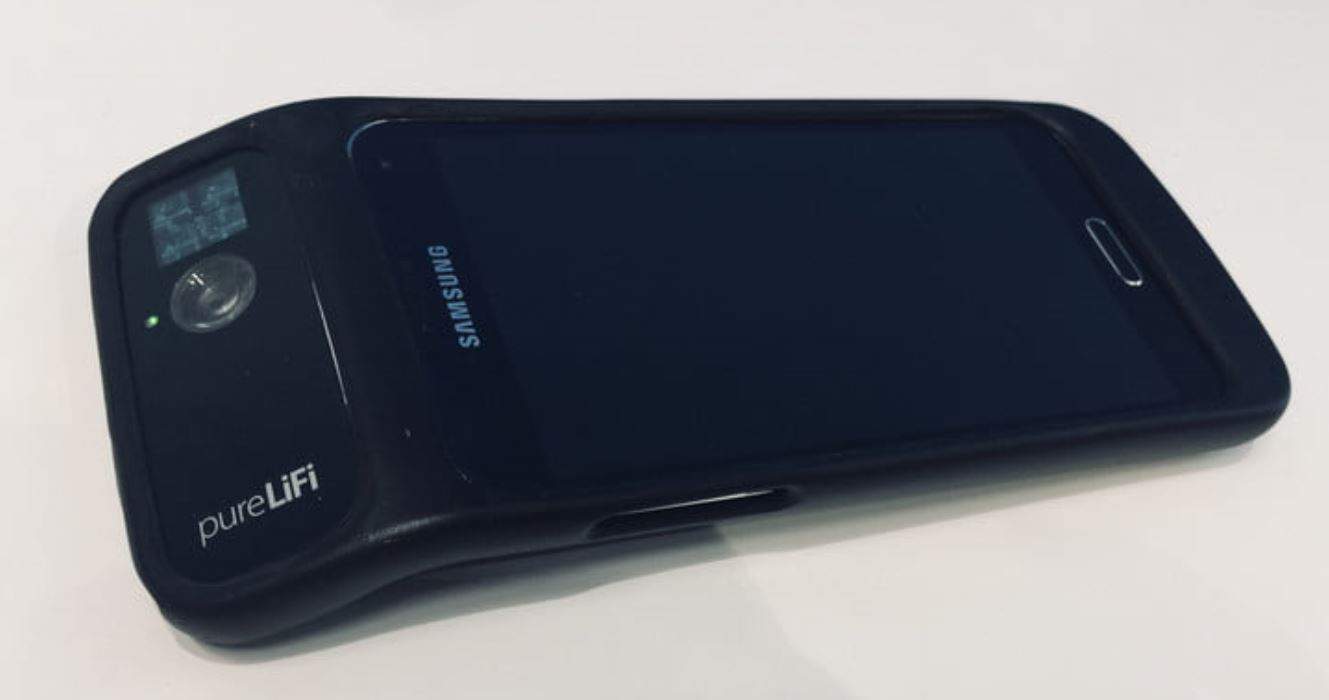 Mobile World Congress (MWC) 2018 is well underway and the innovators at PureLiFi are taking advantage to show off new concept products that utilize the bleeding edge connectivity technology known as LiFi. For those who may not already know, LiFi is a data transmission technology that works similarly to Wi-Fi but sends the data over beams of light via LEDs and receivers. Two-way communication is made possible by a second light beam sent out by the device in question. It has been posited that LiFi, or some other form of wireless transmission, will eventually become a necessity due to the constraints of radio frequencies and a growing globally connected populace. PureLiFi's demonstrations at the event showcase two possible uses for LiFi centered around smartphones and other portable connected devices.

The first of the two devices on display is a Dell-branded laptop which the company modified with a LiFi receiver while the other was a purpose-built phone case designed to fit over a Samsung Galaxy S5. The proof of concept devices were both reportedly able to use the technology to obtain and hold a connection speed of 42Mbps on both the upload and download. That's impressive but it's important to bear in mind that these are still very much just concepts. Company representatives say that PureLiFi has been in talks with manufacturers but have been unable to form any partnerships due to several challenges with the technology that still need to be addressed. The most obvious of those is that the receivers need to be made more compact in order to fit in with the modern trend toward slimmed down handsets and computers. Hardware manufacturers will need to reconfigure the internal layout of any device that a LiFi receiver may end up in and there isn't a whole lot of room in a modern smartphone or tablet as it is.

Competition in the industry for light-transported data appears to be on the rise, which should bode well for the technology going forward – barring any unforeseen problems that may crop up as it progresses. In the meantime, as shown by PureLiFi, there are undoubtedly a lot of interesting developments to come over the next few years.