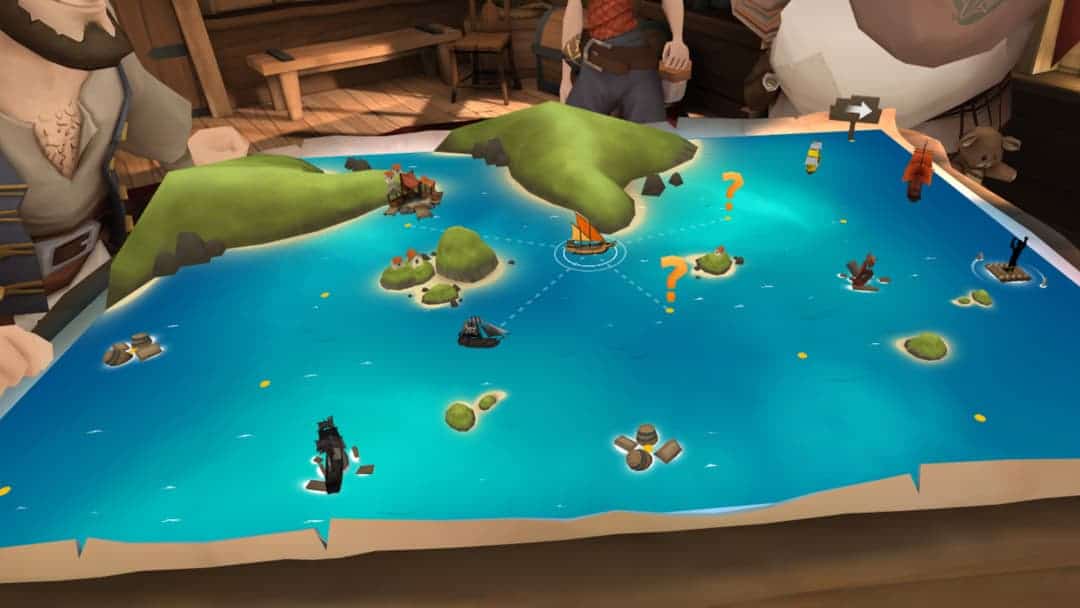 Studio Resolution Games on Thursday released its latest offering in the form of Narrows, a pirate-themed roguelike strategy game that's now available for download on devices compatible with Google's virtual reality platform Daydream. Priced at $9.99, Narrows will place you in the role of a ship captain seeking glory on the open sea, allowing you to engage in naval battles and hunt treasures in order to build your legend. The developers are describing Narrows as a combination of FTL and Sid Meier's Pirates but presented through the prism of virtual reality that should increase its overall level of immersiveness.

Narrows places a large focus on crew management and general strategizing, whereas its randomized elements should ensure every playthrough is unique, allowing for a high degree of replayability. Its gameplay is also extremely varied, ranging from Fallout Shelter-like room management to first-person sword fights across the Seven Seas. Originally announced last October, the game has been in development for over a year and comes with a straightforward business model that will allow you to access all of its content for a one-time fee. Being a Daydream exclusive, you'll need a compatible Android smartphone and a Daydream-powered VR headset in order to experience Narrows. Resolution Games has been profiling itself into one of the industry's leading VR developers in recent times, having already authored hit fishing game Bait! that's still one of the most popular experiences in Facebook Spaces.

Narrows is the studio's fifth game following its debut fishing simulator, its icy spin-off, theme park experience Wonderglade, and Solitaire Jester. The company has already been experimenting with multiple VR platforms, though it's presently unclear whether Narrows is planned for a wider release. Resolution Games has so far supported everything from Facebook's Oculus Rift and HTC's Vive to Samsung's Gear VR and the Google-made Daydream platform. The independent developer's track record suggests gamers can expect at least one more major release from it later this year, with the studio so far being adamant to keep moving out of its comfort zone and continue experimenting with new ways in which VR can ennoble various gaming genres.