Update March 20/18:  Thank you to everyone who entered! Congrads to the winner of the Oneplus 5T & Prize Pack Reginald Sandifer 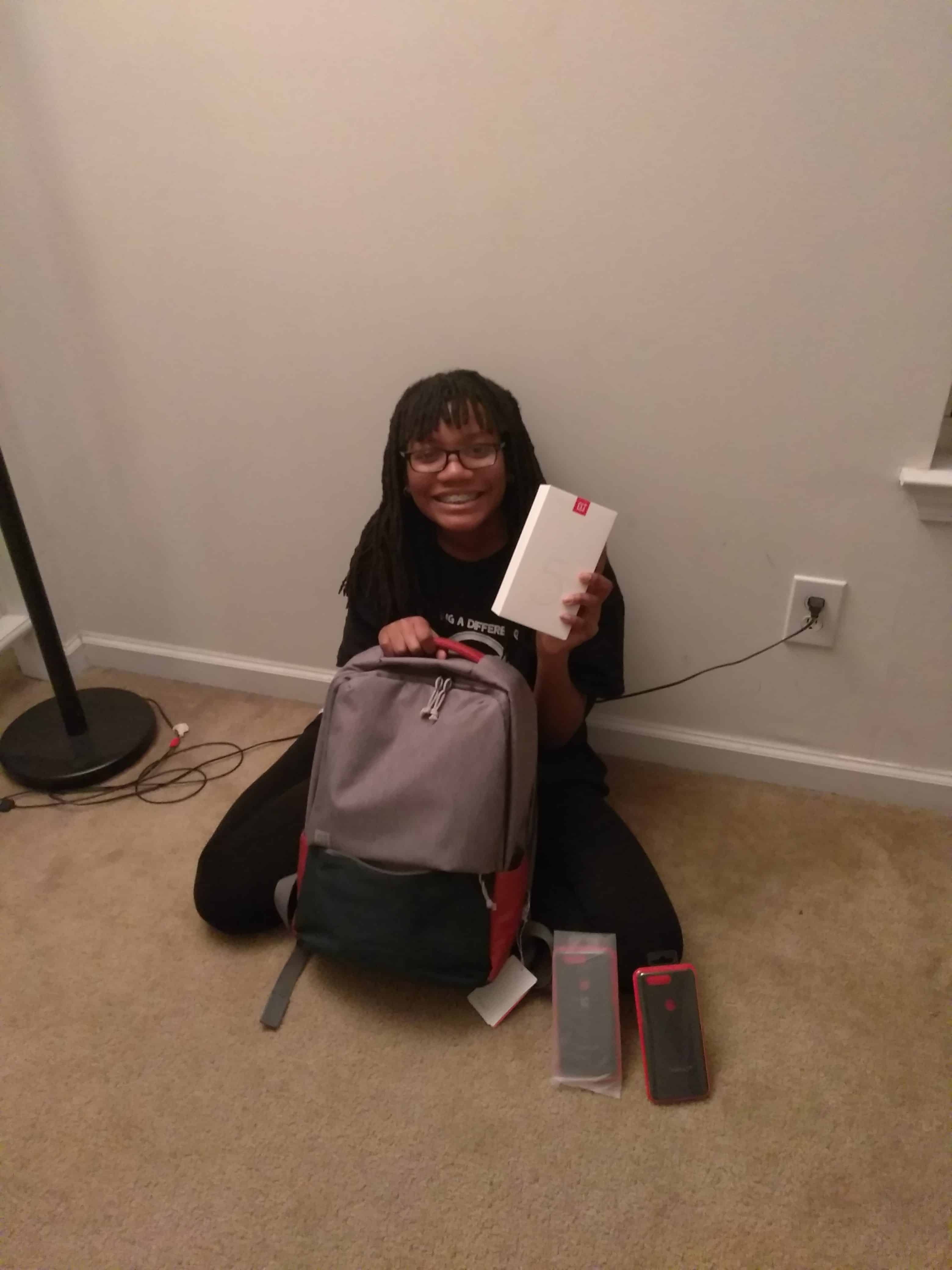 OnePlus may be a newer addition to the smartphone maker scene but it hardly need much of an introduction. In the short space of time OnePlus has been operating, it has proven itself to be a force to be reckoned with by bringing to market high-end smartphones with flagship-level specs at a price that is hard to argue against. Resulting in OnePlus smartphones offering some of the best value options when it comes to the top tier segment. The OnePlus 5T is the latest smartphone to continue this trend and now you have the chance to win one for free, courtesy of OnePlus and AndroidHeadlines. This is actually a package deal as in addition to the OnePlus 5T, OnePlus has also provided a Karbon Bumper Case and a Silicone Protective Case for the phone. As well as one of the company’s Space Black Travel Backpacks which typically retails for $69.

The OnePlus 5T is a direct follow up to the OnePlus 5 and is a very similar device overall with a majority of the specs common to both models. However, what the OnePlus 5T has that the OnePlus 5 doesn’t is a display which boasts an 18:9 aspect ratio. Resulting in a screen with significantly more viewing space without the OnePlus 5T having to compromise on a larger body overall. The display measures in at 6.01-inches and adopts the use of a 2160 x 1080 (FHD+) resolution. In addition, the OnePlus 5T comes equipped with a minimum of 6GB RAM, a minimum of 64GB storage, and is powered by a Qualcomm Snapdragon 835 SoC. Cameras include a dual rear setup (consisting of 16-megapixel and 20-megapixel cameras), along with a 16-megapixel front-facing camera. Addition features include a fingerprint sensor, USB Type-C connectivity, and a 3,300 mAh capacity battery – along with support for the company’s popular fast charging solution, Dash Charge.

To be in with a chance of winning this OnePlus 5T bundle all you need to do is take part in the giveaway competition widget below. You will first need to enter the contest by signing into the widget using your email address. After you have entered, you will be able to gain additional entries by completing various actions, including visiting OnePlus and AndroidHeadlines social media channels. The good news is that you can complete as many actions as you like. Each action offers a unique number of entries and each entry has the potential to be the winning one. The contest is an international one and will close promptly at 2:59 pm PST on March 19, 2018. Enter now for a chance to win a OnePlus 5T bundle courtesy of OnePlus and AndroidHeadlines.