Nubia is working on a gaming smartphone, says the company's General Manager, and co-founder of the company, Ni Fei. Mr. Fei confirmed the news via Weibo (Chinese social network), though he did not exactly elaborate on it. Ni Fei did share an image (shown below) of a device via Weibo, but that's probably not the upcoming device, it actually looks like the Nubia Z17S, the company's current flagship, which makes sense, as the focus is on the game that is running on tis display, not the phone itself.

Having said that, Mr. Fei clearly said 'gaming smartphone', which probably means that the company will be looking to compete with the Razer Phone, which was announced last year. The Razer Phone comes with the Snapdragon 835 64-bit octa-core SoC, 8GB of RAM, a 4,000mAh non-removable battery, and a 120Hz display. It is still unknown when this smartphone may arrive, but it will, almost certainly, become available before the end of the year, and considering this is a gaming smartphone we're looking at here, chances are that Nubia will be looking to include the all-new Snapdragon 845 smartphone on the inside. Based on Mr. Fei's comment suggests that the device will not become official in the near future, though, so we may have to wait a couple of months to find out what exactly is Nubia planning.

That being said, some rumors suggests that the Nubia Z18 could be the device that Ni Fei is referring to, but the Nubia Z18 will be the company's next flagship smartphone, and chances are that Nubia wants to differentiate the two, as it will probably be looking to release a whole different smartphone so that it can market it as a 'gaming device', rather than anything else. The Nubia Z17 was announced back in June last year, while the Nubia Z17S dropped in October, which probably means that the company's next-gen flagship will arrive in mid-2018, and the company's gaming smartphone will probably arrive even later than the Nubia Z18, so we may be looking at a Q3 or Q4 launch for the device, though we're only speculating here. That is more or less it, we'll report back as soon as new info regarding this smartphone surfaces, so stay tuned for that. 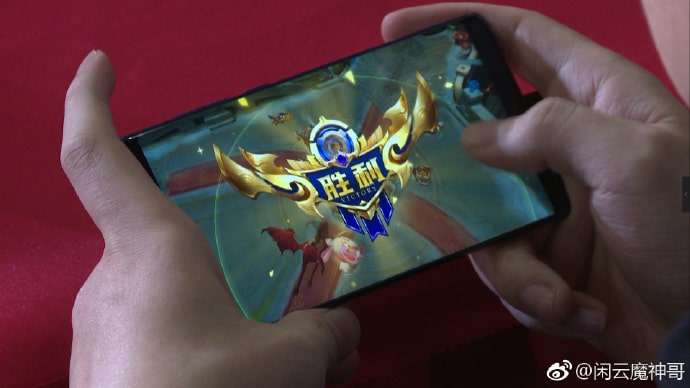