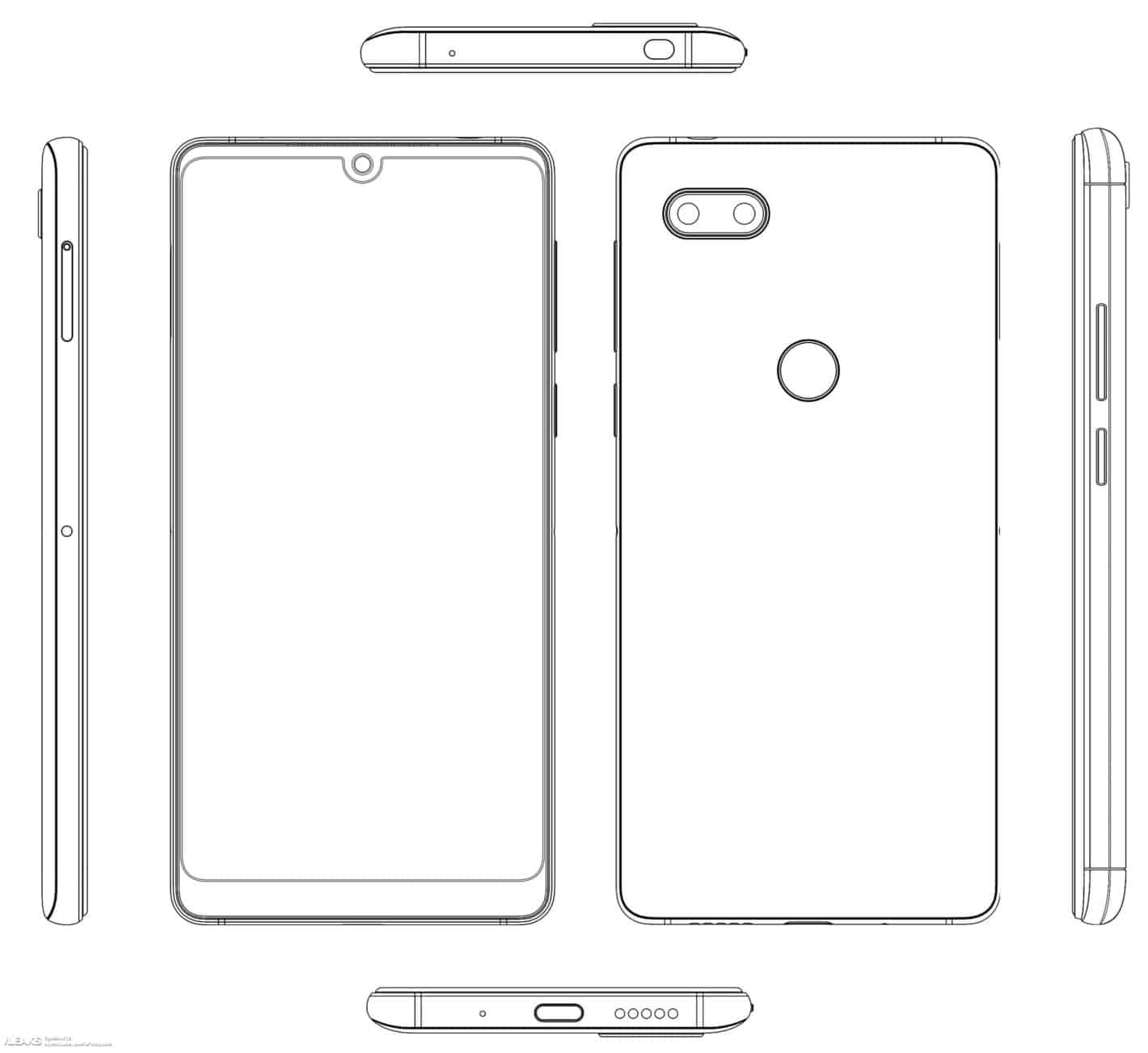 A new Nubia-branded smartphone has just surfaced in two new images, the first image in the gallery down below shows us render of the Nubia NX606J, while the second one actually provides schematics of the device. Based on the design of this handset, we could be looking at the Nubia Z17's successor, and considering that Nubia jumped from the Nubia Z11 to Nubia Z17 last year, we're not entirely sure what will its new flagship smartphone be called, though a logical successor to the Nubia Z17 would be the Nubia Z18.

Having said that, the phone that is shown down below sports really thin bezels, and a frame made out of metal. All of its physical buttons are placed on the right, while a Type-C USB port lays on the bottom, along with the phone's loudspeaker. The device's schematics show us that the display on this phone will sport rounded corners, while a small notch will be present at the very top of the phone. A dual camera setup will be included on the back of the Nubia NX606J, as will a fingerprint scanner. A SIM card tray seems to be placed on the right-hand side of the phone, while the phone's schematics show something interesting at the top of the device, perhaps an IR blaster or something of the sort, as the cutout seems to be too large for a 3.5mm headphone jack. Speaking of which, a 3.5mm headphone jack will not be a part of the Nubia NX606J, so you'll have to use a dongle if you plan to use headphones with a 3.5mm jack. Side bezels on this smartphone are basically non-existent, while its top bezel is considerably smaller than its bottom one.

If this is the upcoming Nubia Z18, or whatever Nubia intends to name it, then it will ship with a top of the line spec sheet, though it's possible this is not a flagship phone. In any case, let's assume it is, if Nubia intends to stick to its release cycle, this handset will arrive in mid-2018, and it will be fueled by the Snapdragon 845 64-bit octa-core SoC, Qualcomm's most powerful mobile SoC to date. The phone will probably include 6GB or 8GB of RAM, depending on the variant, and we still do not know if it will ship with a glass or metal back.