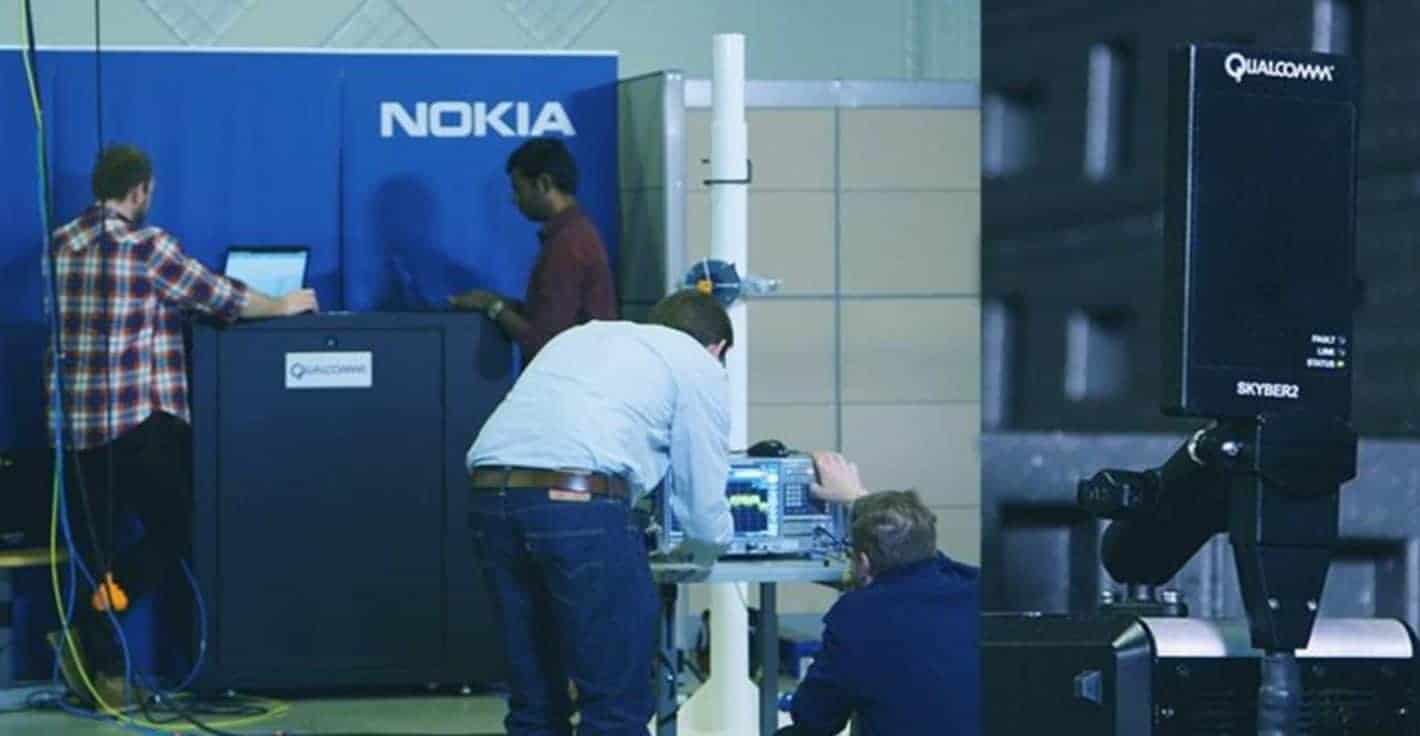 Nokia and Qualcomm completed a 5G device interoperability test based on the 3GPP's first implementable standard — Release 15 — for the fifth generation of mobile networks, the two companies said Wednesday. The trial was conducted in the 3.5GHz and 28GHz bands, thus encompassing both traditional spectrum and millimeter-wave frequencies, both of which are set to be utilized by the first commercial implementations of 5G New Radio. The duo labeled the test as significant due to its reliance on Nokia's AirScale base stations which are already commercially available. The other side of the equation was still delivered in the form of device prototypes from Qualcomm, though first consumer-ready 5G smartphones are widely believed to be coming to the market within the next 12 months.

Following the successful completion of the trial, the partners reiterated the importance of New Radio that's being positioned to serve as the basis for all 5G technology of the future. The companies were less than two weeks late to being recorded in history as the first innovators to conduct an interoperability test based on the first implementable standard for 5G, with that title ultimately going to Huawei, Intel, and Deutsche Telekom late last month. Regardless, 5G NR interoperability trials are expected to continue moving forward as they represent a crucial step in the process of deploying 5G networks, allowing telecom giants and OEMs to optimize their infrastructure and devices in a manner that enables them to communicate with third-party clients. The ultimate goal of such initiatives is to lead to consumer-ready 5G technologies that can communicate with one another without requiring any action on the part of end users.

The flexible 5G NR interface being developed by Qualcomm and Nokia is touted as an extremely versatile platform for deploying and supporting a broad range of technologies in various scenarios. The partners reiterated their commitment to continued efforts to drive 5G research and development, stating that large-scale 5G deployments based on the R15 standard are still expected to start in 2019, the same year when first 5G commercial networks are set to go live in parts of the United States, South Korea, Japan, Europe, and China. The next generation of wireless networks has major implications for a wide variety of existing and emerging industries, from the Internet of Things to self-driving vehicles.