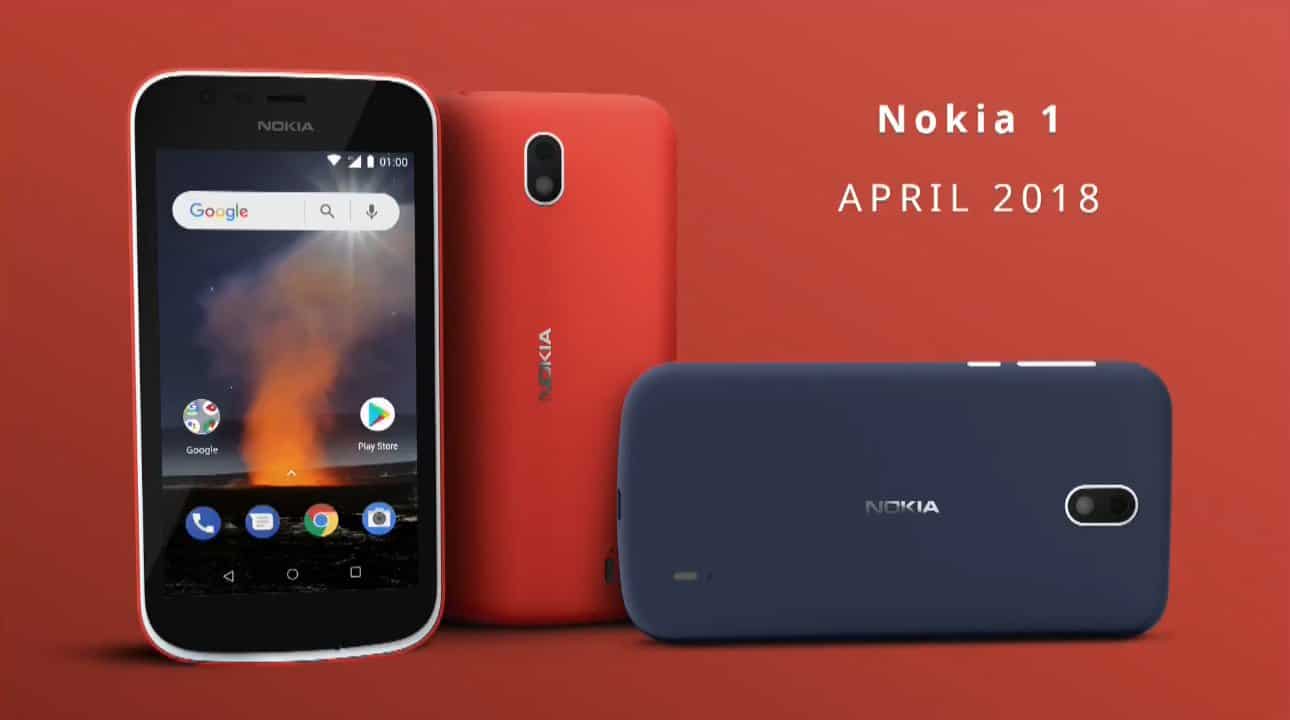 HMD Global on Sunday announced its latest entry-level Android smartphone in the form of the Nokia 1 which is also its first device launched as part of Google’s Android Go program. As such, the handset comes with a special build of Android Oreo designed to make the most of phones with no more than 1GB of RAM, which is the exact memory configuration found inside the Nokia 1. Besides a streamlined version of the operating system, the Nokia 1 will also feature a suite of pre-installed apps from Google including YouTube Go, Files Go, and Maps Go. Much like their names imply, all of the solutions will be meant to serve as lightweight versions of their full-featured counterparts that should run on the Nokia 1 in a seamless manner despite its arguably modest hardware.

The 4.5-inch display panel of the Nokia 1 features an FWVGA resolution of 854 by 480 pixels amounting to a conventional aspect ratio of 16:9. The smartphone ships with 8GB of internal flash memory expandable via a microSD card by an unspecified amount and sports a MediaTek-made chip that has yet to be identified. The device will support swappable covers, with HMD Global teasing half a dozen of them at its latest product launch event. The covers will be sold for approximately $7.99, with the first variants to hit the market being Azure, Grey, Pink, and Yellow.

Besides the Nokia 1, HMD’s latest conference held in the run-up to Mobile World Congress 2018 saw the introduction of the Nokia 7 Plus and Nokia 8110 4G, as well as the confirmation that the Nokia 6 (2018) is set to be released in Europe this spring. The Nokia 8 Sirocco was also unveiled at the event, boasting an ultra-premium design and stock Android Oreo wrapped in a water-resistant case with wireless charging capabilities and a curved screen. The company will be showcasing its latest offerings at the Barcelona, Spain-based trade show which is running Monday through Thursday. The Nokia 1 is scheduled to be released in early April, priced at approximately €70 ($85), depending on the market. Europe and India will both be receiving the newly announced handset, though it’s currently unclear whether the device will also be making its way to the United States.