LG will show off its own smartphone AI at Mobile World Congress 2018 which takes place near the end of this month. For those thinking that LG is about to introduce its own digital assistant, that isn't the case. Rather, LG is going to be introducing a series of smartphone-based AI features and functions for its phones, the first of which will be unveiled at the upcoming event in the coming weeks. What's more is that LG claims this new AI is "closely aligned" with what consumers need and with how they use their phones already. The first of LG's upcoming AI technologies is being called 'Vision AI' and as the name suggests it pertains to LG's version of image recognition software powered by artificial intelligence.

In regards to what it can do, LG boasts that Vision AI will be a hugely beneficial tool for smartphone photographers, and based on its capabilities it'll help those that aren't so savvy with photography, too. For starters, Vision AI will be able to analyze the subjects in the photo frame and then suggest what shooting mode the user should select, which should be immensely helpful for anyone who doesn't take too many pictures with their smartphone but would like to start. It's also worth noting that LG is referencing the V30 in regards to this new AI software (which should be applied in a software update sine the V30 is already available), though it will surely be implemented in future phones as well. Without LG saying as much directly, the Vision AI will be a smart tool to have on hand as it will consider multiple elements like backlighting, saturation, colors, and reflections among others before recommending the perfect mode for whatever is being shot.

Beyond the ability to suggest shooting modes, Vision AI will also be able to help shoppers determine where to buy items they may be looking for, offering up information on who has the lowest price on any particular item, as well as suggest similar items that may be of interest to the shopper, all by scanning a QR code automatically. LG also says all the user has to do is point the camera at an item to make this all happen. In addition to these functions LG is incorporating some new Google Assistant voice commands for use with the AI tool. It is worth noting though that all of the new commands are still in the works and LG doesn't actually have the commands set in stone. LG says that some features will be limited to new LG models, while some will be incorporated into current phones through software updates. 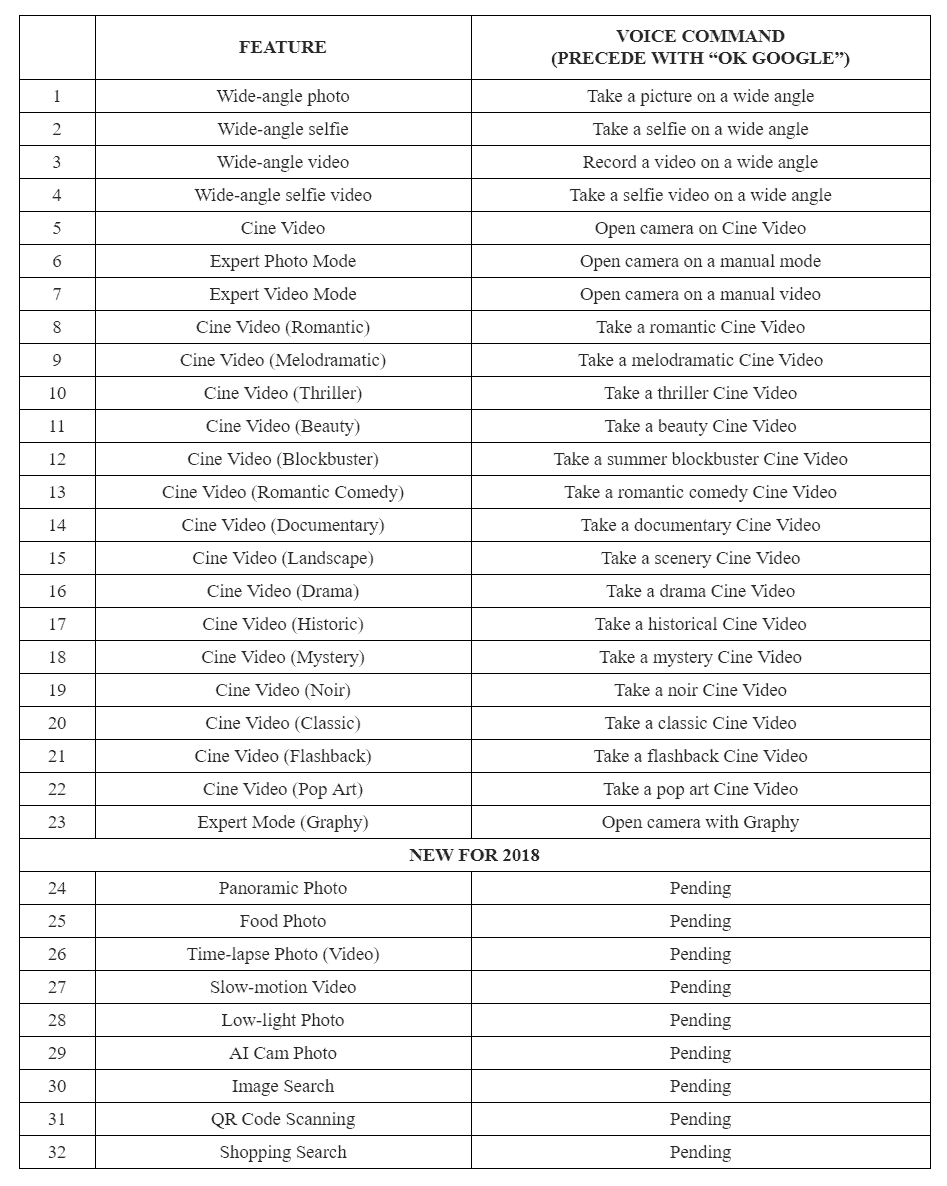