LG has just announced the newest smartphone in its portfolio, the V30S ThinQ, at Mobile World Congress. And by that name, you can probably tell that there is a lot of artificial intelligence in this phone, and it is also an iterative update of the original V30 that was released last fall. LG is experimenting with a new release cycle, with the V30S ThinQ. And that is going longer periods without launching a true flagship device, and instead, launching iterative smartphones like the V30S ThinQ here, which doesn’t have many differences from the V30, on the outside other than a new paint job.

The V30S ThinQ is going to be available in two colors. There’s the Moroccan Blue, and the new Platinum Grey. The Moroccan Blue has a slight tint of green, and it looks really nice in person. Meanwhile, the Platinum Grey is a slightly darker color than the Platinum Silver that the V30 was available in. LG explained that it is experimenting with all sorts of different colors and textures on its smartphones, to really give itself a unique look in the crowded market. The company also believes that these two colors will replace the “black” color that most buyers gravitate towards. 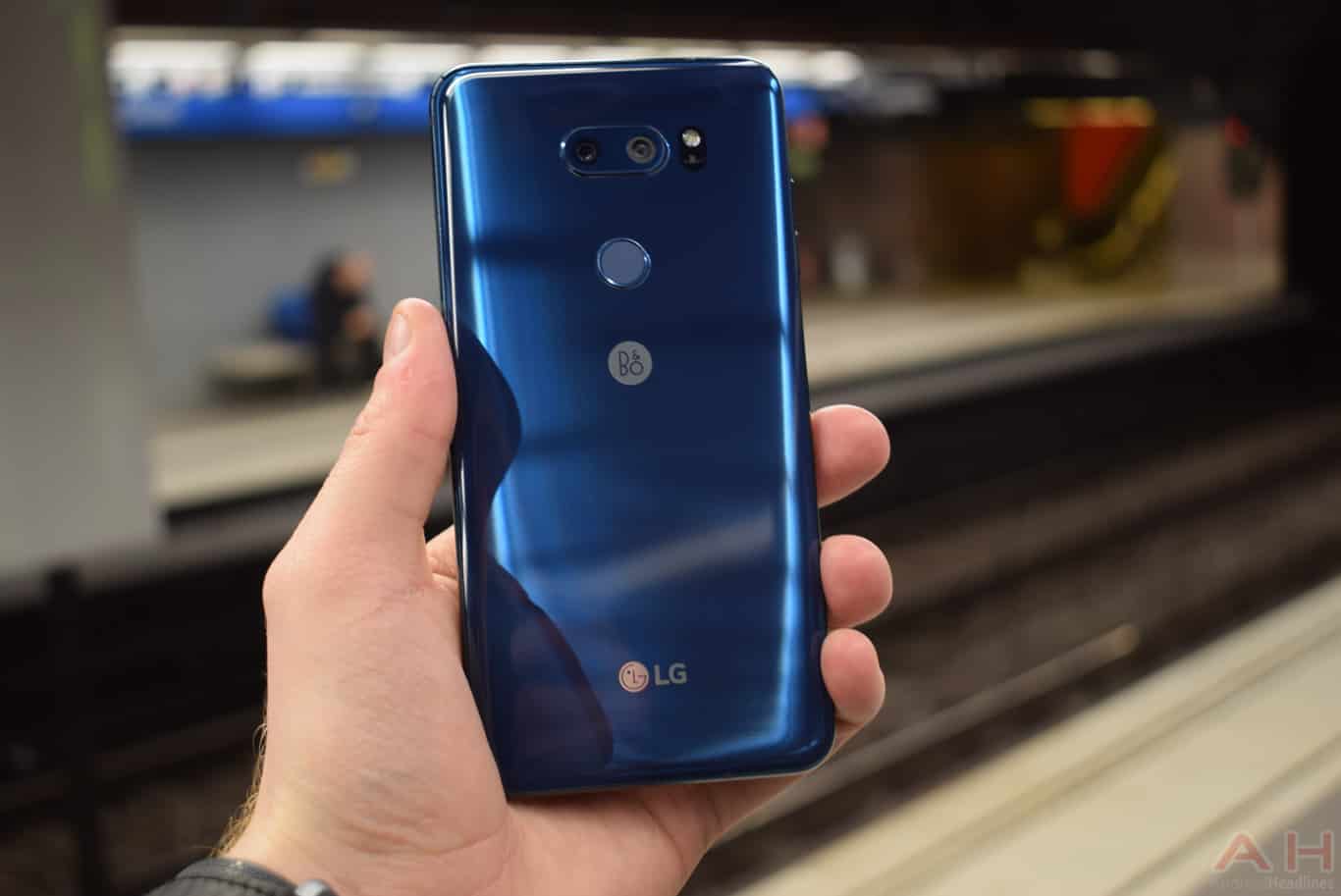 On the artificial intelligence side of things, that’s actually the biggest upgrade on this smartphone. Google Assistant is already there, since this is running on Android 8.0 Oreo, but it now works with LG’s own products. So you can ask Google to talk to LG and find out how much time is left on the washer, if you have a ThinQ-powered washer. You can also ask Google to search with QLens. Which is one of LG’s newest features in the V30S ThinQ. It’s similar to Google Lens, in a sense. With QLens you are able to take a picture of something and find it on Amazon or Pinterest. Or you can also scan a QR Code. That actually is a feature that a lot of other smartphones have already had built-in, and was a mode in older LG smartphone cameras, but now it is part of QLens.

Other AI features are also within the camera, but mostly to help you take better photos. Now these features are similar to what Huawei has done with its Mate 10 Pro, but LG believes it does this better. For instance, the V30S ThinQ’s camera can recognize over 100 million items (in 18 categories) and is able to adjust the lighting, white balance and exposure to make those items pop. So it is able to recognize that you are taking a photo of your food, and adjust the shot to make it look even tastier. This is all part of “AI Cam” which can be toggled on/off in the camera itself. So if you don’t want to use these features, you don’t need too. AI Cam is powered by machine learning, so it is always learning and improving on itself. LG did also note that some of these features will be ported to older devices, as long as the hardware will support it. Specific features that are being ported were not mentioned – mostly because it hasn’t been ported yet. 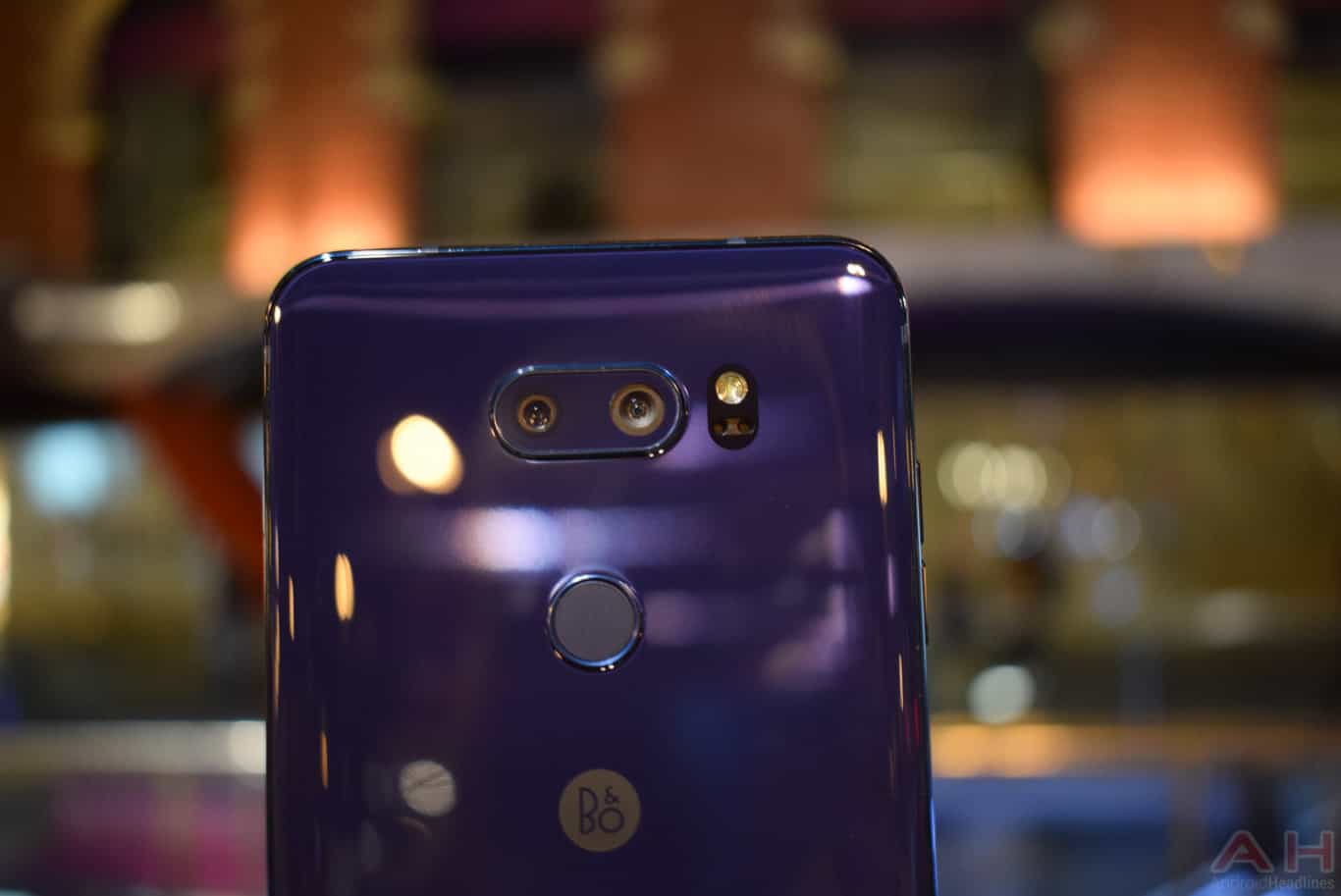 Speaking of the camera, it is the same camera from the LG V30, including the exact same sensors. That includes a 16-megapixel main sensor and a 13-megapixel wide-angle sensor. It also is still a bright sensor with the f/1.6 aperture on the main sensor. However, LG has also included Bright Mode. This adds more light in your low-light pictures, but doesn’t add a lot of noise to the background. Basically LG took its great low-light camera and made it even better, with the same sensors. Which means, LG improved its software here. As far as specs go, there’s still a 6-inch FullView OLED Display here, powered by the Snapdragon 835 chipset, with 6GB of RAM and 128GB of storage – along with a micro SD card slot. All powered by a 3300mAh battery, and Android 8.0 Oreo.

As is typical with smartphone launches, LG has not mentioned when the V30S ThinQ will be available worldwide. And actually, it won’t be available everywhere. It’ll be launching in South Korea first, in March. But no announcements have been made for other countries, pricing was not announced either.