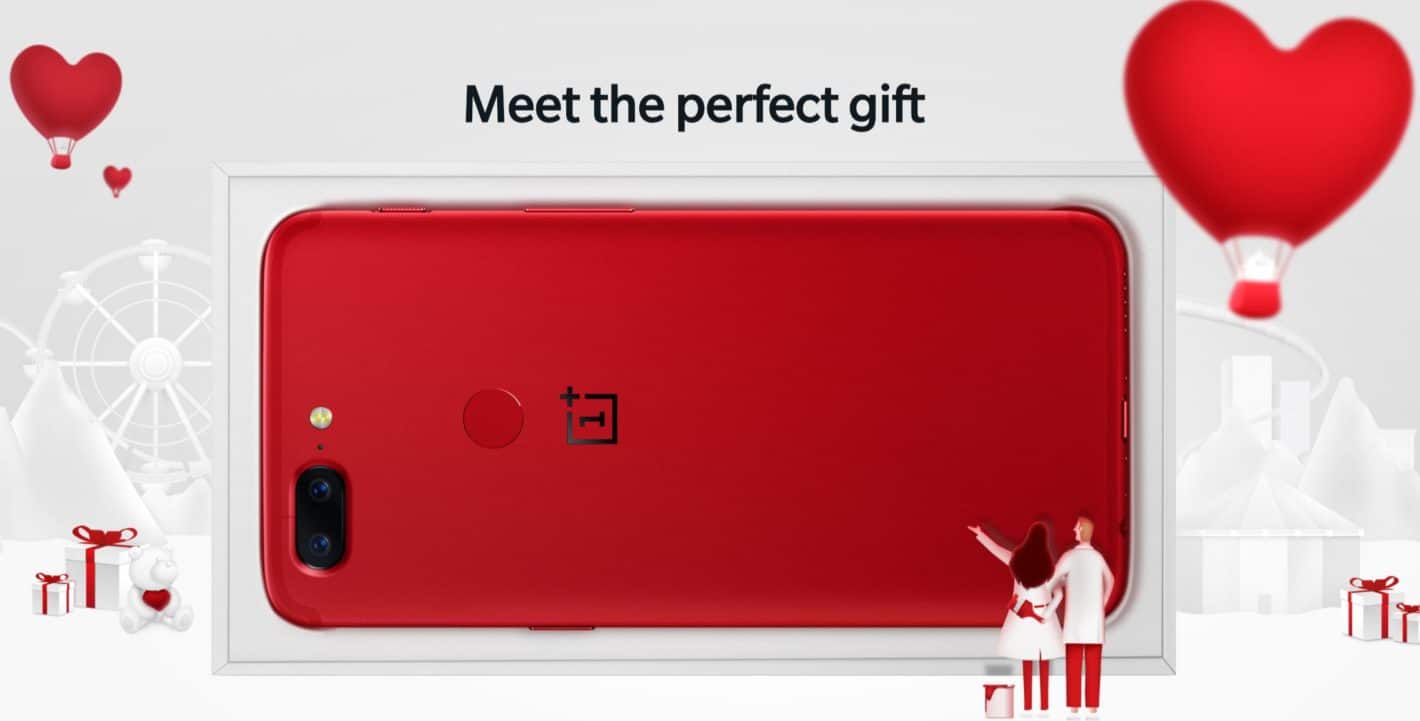 The Lava Red variant of the OnePlus 5T released in India late last month is coming to the United States and Europe as part of the company's Valentine's Day offerings, OnePlus said Monday. The handset will become available for orders tomorrow, priced at $559 in the U.S., £499 in the United Kingdom, and €559 in the rest of Europe. As its price tag implies, the Lava Red color is attached to a more premium version of the OnePlus 5T which boasts 8GB of RAM and 128GB of internal flash memory, and usually retails for the same price. Consumers in the United States and other select markets who order the limited-edition smartphone until Friday will also receive free shipping from the Shenzhen, Guangdong-based company. The handset itself is only available until supplies last and hence may already go out of stock before the end of the week, as is often the case with special iterations of the firm's devices.

While some industry watchers previously criticized OnePlus for frequent shortages that often lead to its products being unavailable, others pointed to the phenomenon as a result of a possible marketing strategy that generates anticipation among consumers through artificial scarcity. The Midnight Black variant of the OnePlus 5T is presently in stock in all of the firm's target markets approximately three months after being released, though the Lava Red model is unlikely to be available for long and it remains to be seen whether OnePlus manages to continue offering it until Valentine's Day. The firm is also planning to commemorate next Wednesday with a handful of 15-percent discounts on some of its accessories and appropriately named offerings such as the Keep The Music Alive Bundle and Love Will Protect Us Bundle that come packed with pairs of earphones and protective cases, respectively.

The Chinese phone maker has a relatively successful year behind it as it managed to post approximately $1.4 billion in revenue over 2017, though it has yet to disclose its profits that is insists are healthy. OnePlus is now entering 2018 with ambitions to record its fifth consecutive year of growth across all metrics, with its first step in that endeavor being the launch of the OnePlus 6 that's expected this spring, most likely in May.