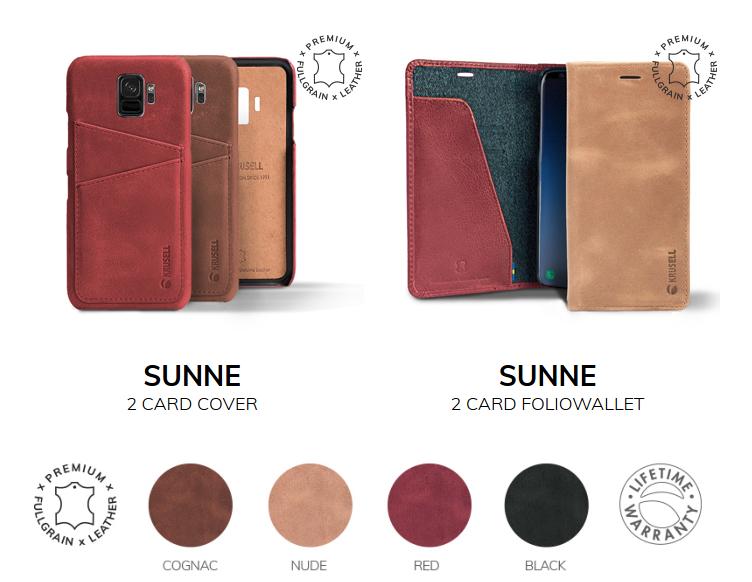 Krusell is a Sweden-based company which manufactures smartphone, tablet and laptop cases, and this company has just listed its cases for the upcoming Galaxy S9 handset. Krusell has actually listed quite a few cases on its official website, and along with those cases, renders of the Galaxy S9 and S9 Plus also surfaced, partial ones, though. That being said, let’s check out Krusell’s cases, as they reveal more info about Samsung’s upcoming flagships, read on.

In the images down below, you will notice that Krusell announced five different cases for the Samsung Galaxy S9 and Galaxy S9 Plus, two variants of ‘Sunne’ case, Loka, Nora, and Kivik. The first variant of the Sunne case is actually a 2-card cover, which is essentially a regular cover / case for the Galaxy S9 which comes with two slots for various cards (like credit cards, for example) on the back. The second variant of the Sunne case is referred to, by the company, as the 2-card FolioWallet, as this is a wallet-type case. Both of these cases are made out of premium leather, claims Krusell, while the company also gives you a premium warranty with both of them. These two cases come in Cognac, Nude, Red and Black color variants. Loka case is actually a FolioWallet 2-in-1 case, so it’s also a wallet-type case. Nora is the second-to-last case on this list, and this is your typical cover case for the Galaxy S9, though a nice-looking one. Kivik actually looks like a bumper, rather than a case, but it is a case, you just may not notice it as it’s see-through in the provided image. Loka case comes in Gray and Black colors, Nora is available in Dark Gray only, and Kivik is see-through, as already mentioned.