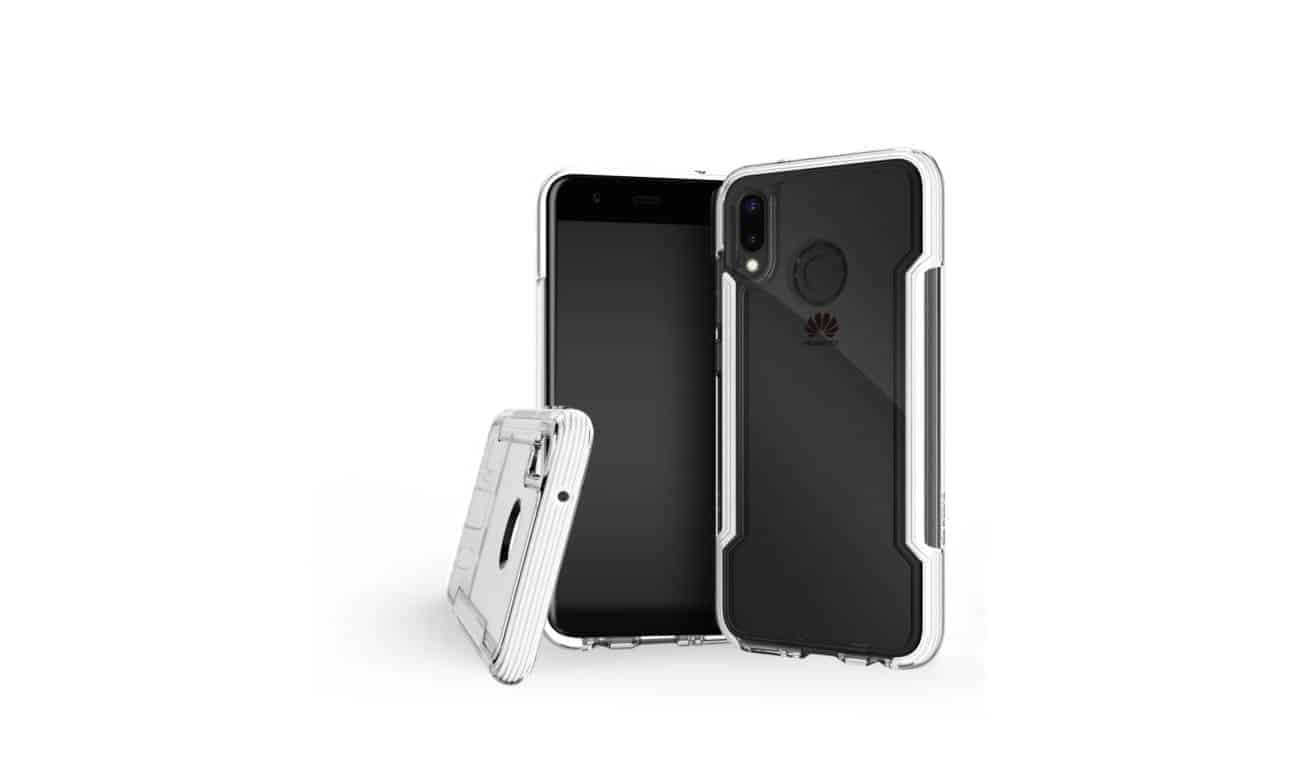 A number of case renders depicting what's said to be the Huawei P20 Lite appeared online earlier this month, having been prematurely published by a third-party smartphone accessory maker. The images seen in the gallery below suggest the mid-range member of the P20 family will feature a different aesthetic than the P20 and P20 Plus flagships Huawei is said to be planning to launch in late March. The final render seen above clarifies another leak from yesterday when the same image was shared alongside protective cases for the P20 and P20 Plus. The visual differences between the two high-end devices and the P20 Lite come down to their camera setups of choice and the general design of their front panels; whereas the P20 Lite has mostly regular-sized bezels and a dual-camera system on its back, the P20 and P20 Plus should feature a more bezel-free aesthetic and accommodate three sensors on their rear plates.

The main imaging system of the P20 Lite is shown as being supported by a dual-LED (dual-tone) flash unit, with the entire setup being arranged in a vertical manner, positioned near the top left corner of the smartphone's back panel. A circular fingerprint reader also appears to be part of the package, centered about a quarter of the way down the device, immediately above a standard Huawei logo. Despite having enough space to accommodate a physical home button, the P20 Lite is depicted as featuring no such key, while its chin appears to be slightly slimmer than the top bezel. The Chinese phone maker seemingly decided to continue equipping its Android mid-rangers with 18:9 displays, with the newly uncovered renders depicting a handset that appears to be relatively similar to the Mate 10 Lite, though it's still unclear whether it will also feature a dual-camera setup on the front.

While the successors to the P10 lineup were originally set to launch at MWC 2018 late this month, Huawei reportedly pushed their debuts away from the Barcelona, Spain-based trade show so as to avoid a scenario in which its upcoming offerings have to compete directly with Samsung's Galaxy S9 and Galaxy S9 Plus, both of which are expected to be unveiled on February 25. Instead, the P20 series is now said to be launching at a special product event in Paris scheduled for March 27.