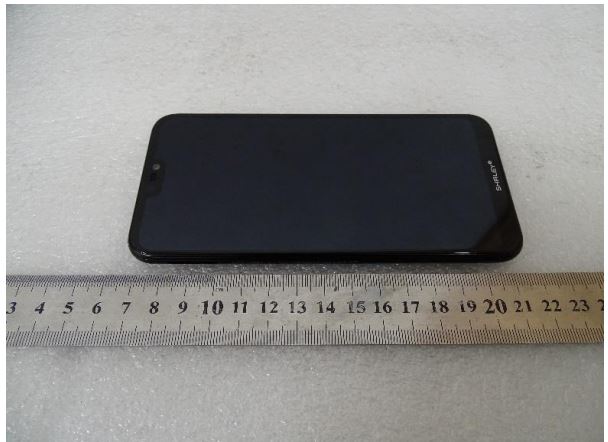 The Huawei P20 Lite has successfully passed through the certification process of the Federal Communications Commission (FCC). This could mean that the handset will be sold in the United States in the near future, though not necessarily. The documents submitted by the manufacturer to the telecommunications regulator includes images of the smartphone. These photographs look similar to the images of the handset that leaked recently, showing that the device will include a notch that contains a front-facing selfie shooter, sensors, and the earpiece. A rear panel of this smartphone, on the other hand, will contain dual rear cameras that are arranged vertically near the upper left corner of the phone's back. Also located on the device's rear panel are the LED flash and the fingerprint sensor for quickly unlocking the device.

Images included in the document submitted to the FCC further shows that the Huawei P20 Lite will include a 3.5mm headphone jack and a USB Type-C port for charging and data transfer on the bottom of the smartphone. The power button and the volume rocker are both located on the right side of the device. Earlier leaks also show that the handset will utilize on-display navigation buttons.

Previous rumors and reports have provided information about the specifications of the Huawei P20 Lite. Rumors indicate that the handset will sport a 5.8-inch display with an aspect ratio of 18:9. Another previous report stated that the device will be powered by an octa-core Kirin chipset, and it will include 4GB of RAM and 64GB of internal flash storage. Another leak claimed that the handset will be equipped with a hybrid dual-SIM card tray, which means that the user could place either two SIM cards or one SIM card and one microSD card into the smartphone at the same time. Previous reports state that the device will contain a 3,000mAh battery to keep the lights on. Based on the previously leaked images of the handset, the Huawei P20 Lite will be available in pink and black color options. It has also been reported that the Huawei P20 Lite will be announced on March 27, and in some regions, the device will be sold as the Huawei Nova 3e.