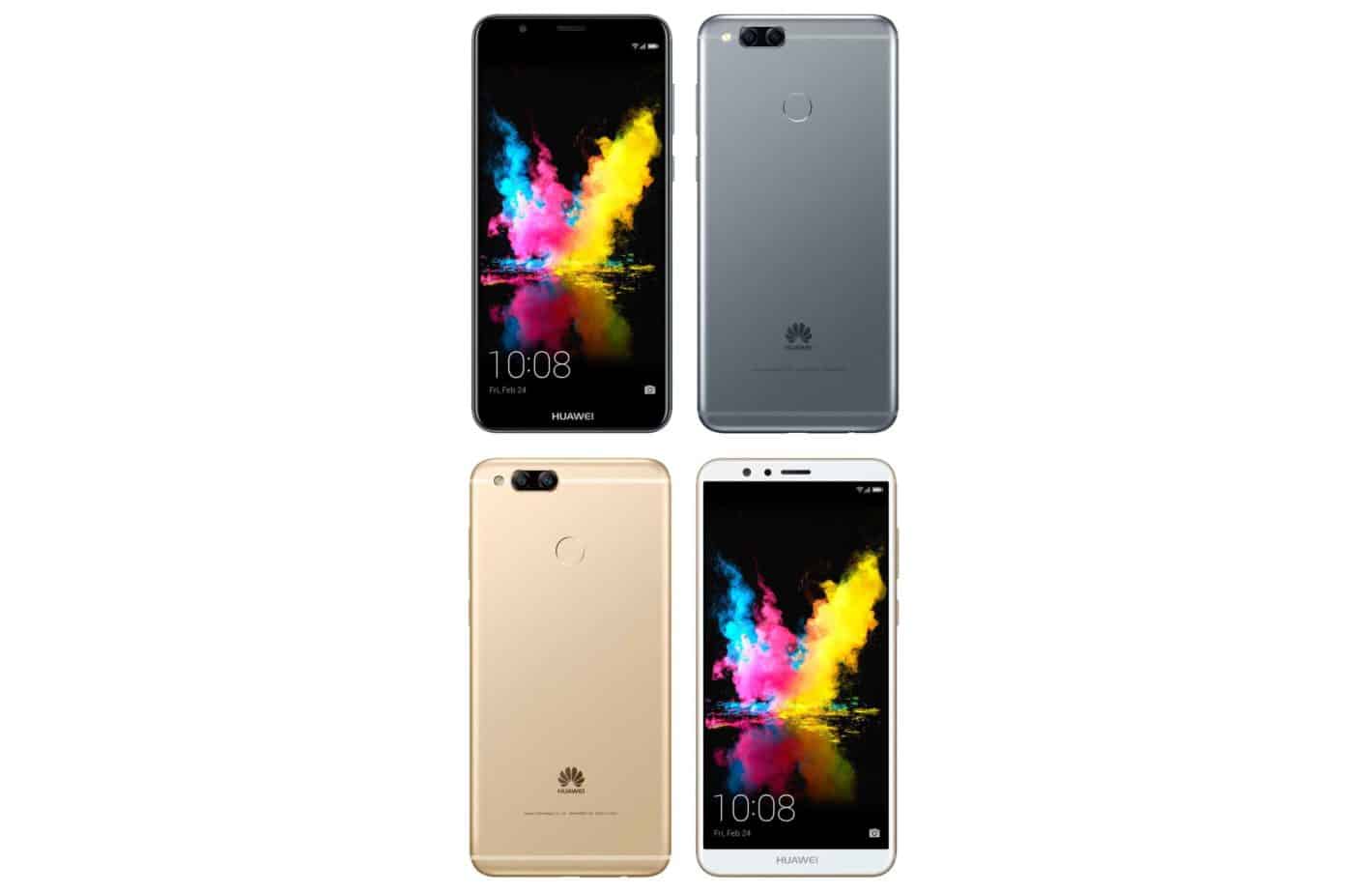 A render depicting what's claimed to be a Huawei-branded revision of the Honor 8 Pro but appears to be a rebranded version of the Honor 7X leaked online on Saturday, having been shared by known industry insider Evan Blass. The device seen in the image above shares much more similarities with the more recent handset, boasting an 18:9 display panel and relatively slim bezels. The source claims the newly uncovered smartphone will be announced at this year's Mobile World Congress scheduled to start later this month but it's currently unclear how Huawei is intending to market it. Huawei recently launched a support page for the "Mate SE," an unannounced handset that's possibly the one that ended up leaking earlier today.

While the Chinese original equipment manufacturer is no stranger to rebranding some offerings from its subsidiary, it most frequently does so in order to launch them in Europe where Honor has lately been doing well all on its own. Honor is usually rather sensitive about being compared to its parent, with its management always insisting the company is doing its own thing and enjoys a high level of autonomy despite being owned by the world's third largest smartphone vendor. Should the Shenzhen-based phone maker truly end up relaunching the Honor 7X that's already been available for purchase in Europe, it will likely price it in an extremely aggressive manner and seek to compete in the mid-range segment of the market. Doing so still risks portfolio saturation as the Huawei P Smart debuted on the Old Continent just recently and is rather similar to the new Honor 7X in terms of design and capabilities, featuring just a slightly larger screen and a somewhat better camera but being powered by the same Kirin 659 chip and 4GB of RAM.

However the smartphone ends up being called, it's likely to be the star of Huawei's MWC 2018 appearance that won't include the announcement of the P20 and P20 Plus flagships, both of which have been delayed by a month and are now expected to launch on March 27 at a dedicated event in Paris. Huawei is said to have opted to push back the release of the P20 series so as to avoid directly competing with Samsung's Galaxy S9 lineup this spring.