A new HMD Global-built device, thought to be a Nokia branded device to be sold as the Nokia 4, has now passed through the FCC bearing the FCC ID designation 2AJOTTA-1048. Unfortunately, there is not really much which can be gleaned from the currently available documentation. That’s because device images and other pertinent information are not to be made available via the FCC until sometime in April. In fact, the TA-1048 model designation in the listing may not even turn out to be the official model designation of this device since the company gets to choose those characters and the two numbers don’t have to coincide with one another.

Fortunately, there are at least a few details that can be drawn from the listing. Most obviously, the FCC label for the device shows that it will feature both a slot for a micro SIM card and a micro SD card. That doesn’t provide any information about how much the internal storage will be expandable by or how much will be available on the device by default. However, it is good to see that Nokia will allow for more space if it’s needed. It will also be compatible specifically with GSM, WCDMA, and LTE networking technologies. Finally, although FCC certifications can be used to allow devices to be sold in a number of regions in the Americas, this particular certification also says it has been authorized to sell in the U.S. – though whether or not it ultimately will is not necessarily confirmed.

The timing of the listing is interesting because it coincides with the expected launch of several other Nokia devices – namely, the Nokia 1, Nokia 6, and Nokia 9 – in India. However, it isn’t immediately clear if this FCC certification has anything at all to do with an American version of those devices and there’s not necessarily any reason it would. It wouldn’t be entirely surprising for Nokia to launch other devices around the same time, in other world regions. With that said, the timing also doesn’t necessarily make sense with regard to the upcoming MWC 2018 event which takes place at the end of February and into March. So it seems HMD and Nokia have managed to keep at least a few secrets up their collective sleeves for this year. 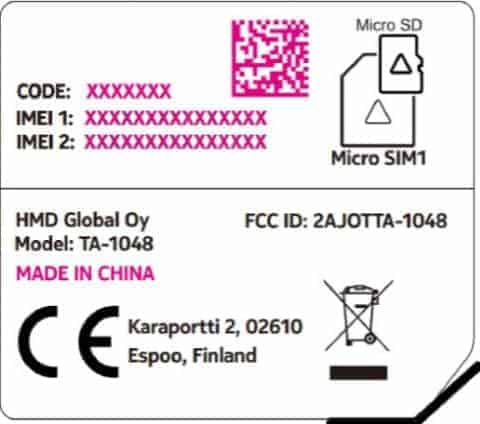