Sony has announced a couple of new smartphones at MWC 2018, including the new Xperia XZ2. The Xperia XZ2 is perhaps the biggest change in Sony’s design in quite a few years. Sony has gone from using metal, to making a glass smartphone in the Xperia XZ2. It’s basically a Gorilla Glass 2 sandwich with some metal around the frame. It’s a stunning looking smartphone, and while it still has that Sony look and feel, it is a refreshingly new design from the company.

With the Xperia XZ2, the company has also gone with a 18:9 aspect ratio, and despite going with a larger display in the same size body, the device still has some pretty large bezels compared to other 18:9 devices out there. That’s not necessarily a bad thing, as it gives the display extra protection from drops. Something that Sony was very proud to talk about during its keynote today. Sony worked closely with Corning to make sure that the Xperia XZ2 could handle drops, and not shatter like most smartphones (there were some drop tests performed – not on purpose – during the hands on time, since this is a glass phone, it slides off of tables very easily). The display is a full HD plus panel, so it’s still not a 2K or Quad HD resolution yet, but it still looks really good on this device. It’s a 5.7-inch display here, which is one of the larger panels that Sony has used on a flagship device. 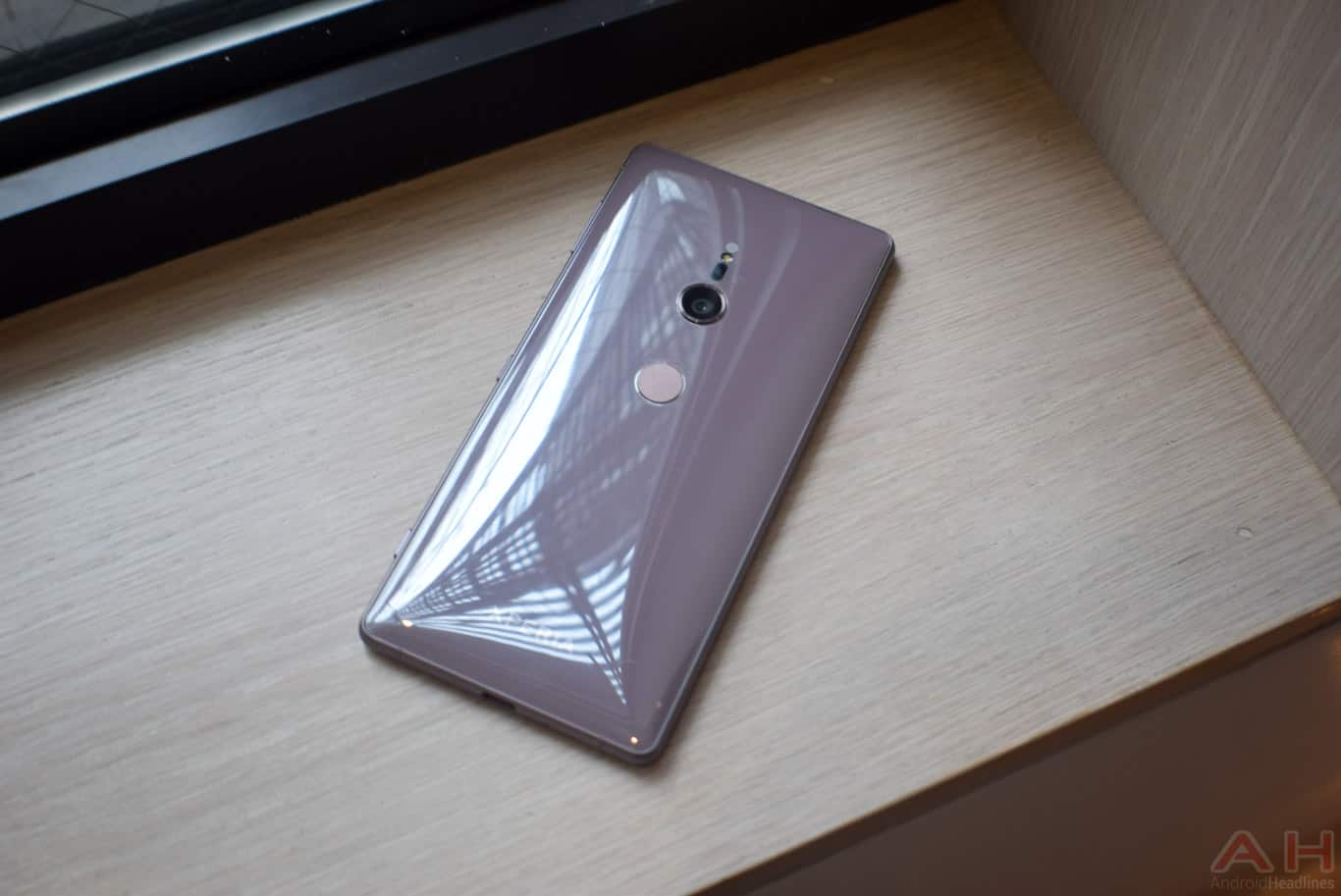 Xperia XZ2 feels really good in the hand, it is slightly curved on the back but not too much. Which makes it feel good in your hand. Additionally, the sides are also curved, so there’s no more sharp edges around the Xperia XZ2 which is also a good thing here. The back of the Xperia XZ2 is actually really clean looking. It’s sporting that 19-megapixel camera with its sensors and flash above it. Below it you’ll find the fingerprint sensor. It’s good to see it now on the back, versus in the power button – mostly because it can now be sold in the US with a working fingerprint sensor. And at the bottom you’ll find the Xperia logo, and that’s basically it for the back. Sony did keep the dedicated camera button on the right side of the device, with the power and volume buttons a bit higher up. On the bottom you’ll find the USB-C port, and no headphone jack. Sony opted to get rid of the headphone jack, but the USB-C port does support Hi-Res Audio, so it’s not all bad on the audio front.

The design is arguably the biggest change here on the Xperia XZ2, as the rest of the changes here are just iterative changes from the Xperia XZ1 announced last fall. But they are still notable changes, and likely worth upgrading. For starters, the camera is the same physical module as the Xperia XZ1, but it has a lot of upgraded features. This is due to the ISP that is included in the Snapdragon 845, that is powering the Xperia XZ2. The biggest change is with super slow-motion recording. Instead of only being able to do 960fps at 720p, you can now record at 1080p and it will no longer be cropped. There were also changes to 3D Creator, which we got a chance to check out in real-time, and it is much easier to use now, and you get even more details in the 3D Creator. Finally, the camera can also record in 4K HDR, according to Sony, it’s the first smartphone in the world that is able to record in 4K HDR. 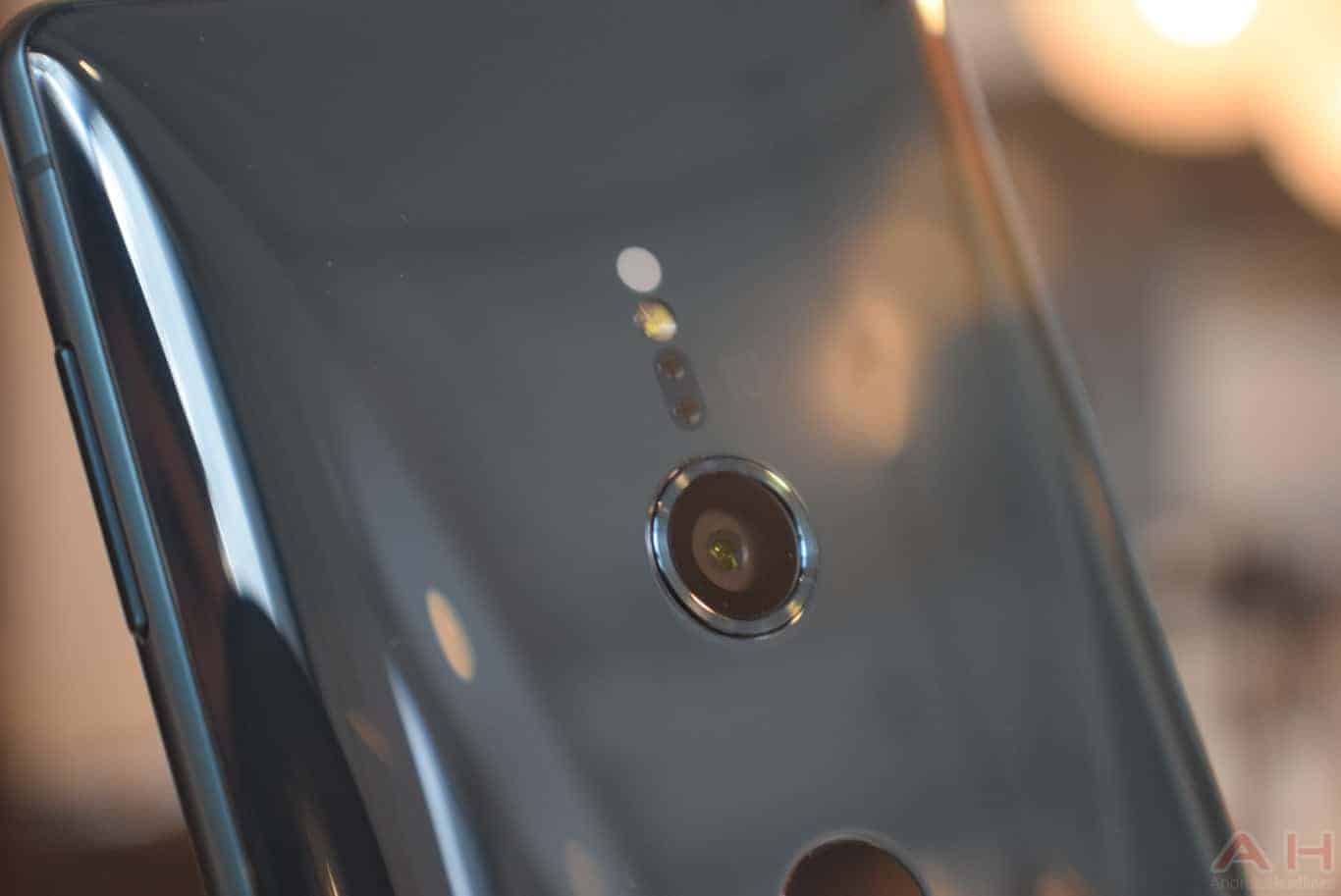 Sony has added a new vibration motor into the Xperia XZ2. Sony says that it wanted to emulate the vibration found in the DualShock 4 controller for the PlayStation 4. So now you’ll get a much stronger vibration when using the Xperia XZ2, particularly when playing games. Now this is something that most people really won’t care to much about, but once you start using the Xperia XZ2 for entertainment, you’ll definitely enjoy the better vibration motor. As you can see in the image above, the motor is much larger than the previous motor.

The Xperia XZ2 is a great looking smartphone and it has a lot of good features. But when it comes to colors, Sony has gone with the traditional silver and black, but also added pink and green. With a glass back, these colors all look very stunning, particularly the green model. Unfortunately, Sony has not yet announced any pricing for the Xperia XZ2, nor availability. So it may be a few months before it actually is available for purchase.