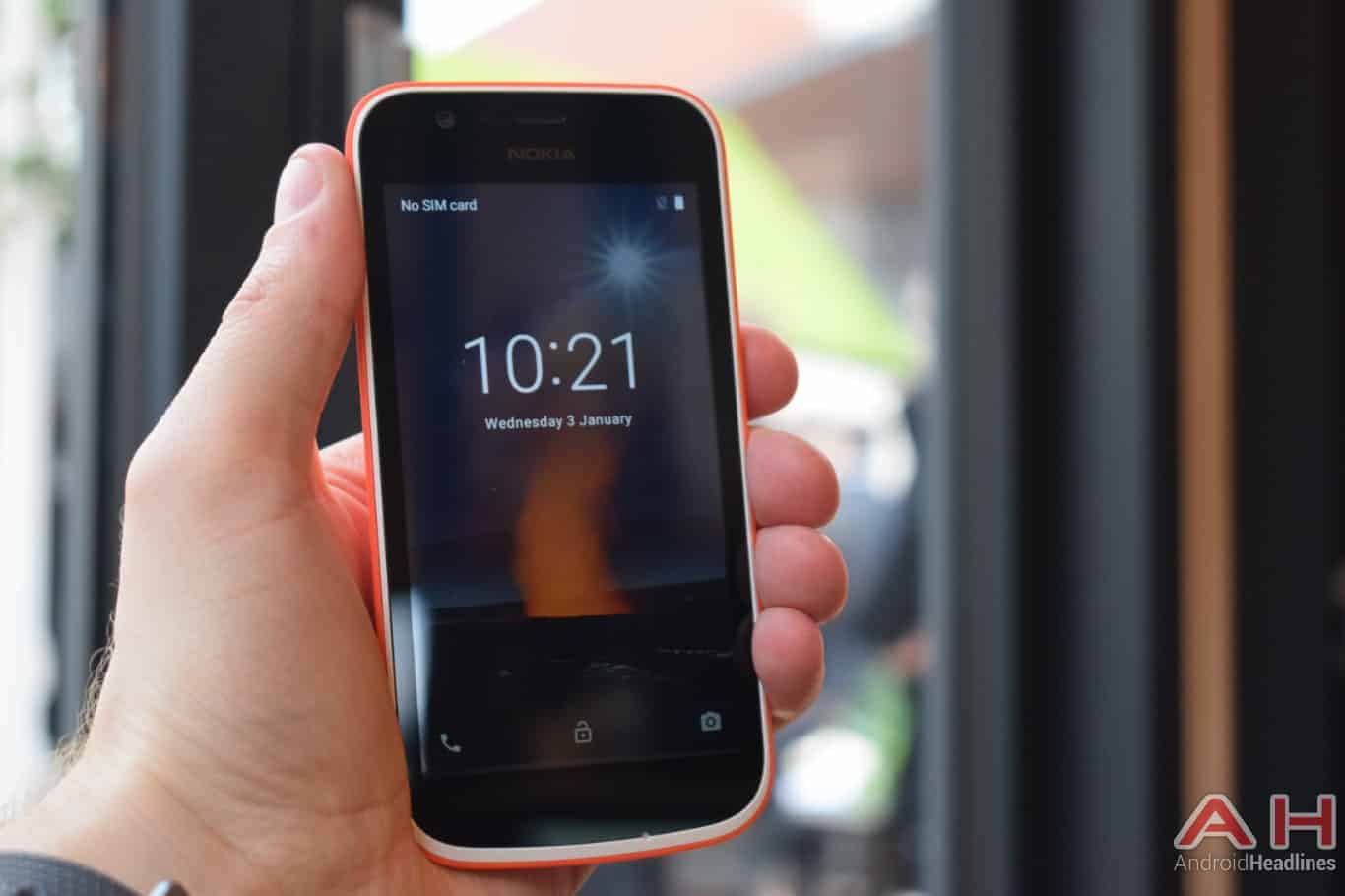 During MWC 2018 HMD Global announced a number of new phones including the Nokia 1 and following the main announcement we were able to take a closer look at the phone to see how it shapes up and what you can expect if you do plan on picking one up in the near future.

The first thing to note is how apt the name Nokia 1 is as this is being positioned as a super-affordable entry-level phone – considering it is expected to arrive to market starting in April priced at $85, on average. With its low-level status comes in an incredible small size making this one more akin to smartphones of old, due to the screen in use totaling 4.5-inches. Unlike the BlackBerry KEYone – which boasts a similar-sized display along with a keyboard – the display is the only aspect included with the Nokia 1 resulting in a very small phone overall, housed within a 5.25-inch frame. The difference in size between display and body will give you an idea of the level of bezels included. Another design point to take note of, in spite of the low price and largely plastic build quality, this is being positioned as a highly customizable phone. As the Nokia 1 features a swappable back cover with the current plan being a number of colored back covers available at launch. Best of all, in keeping with the rock-bottom price, these cases are expected to become available for $7.99 each. Making the ability to swap from the default Warm Red or Dark Blue covers to an Azure, Grey, Yellow or Pink color, a cheap one. On a more general design note, the Nokia 1 is very much in line with the latest batch of Nokia phones sporting the same overall look.

As is probably to be expected with a phone priced as cheap as this one, the display is not the best with it making use of a traditional 16:9 aspect ratio along with an 854 x 380 resolution. While inside, you can expect 1GB RAM, 8GB storage, and a MediaTek processor. While these numbers might be suggesting this is unlikely to be a great performing phone overall, things are not quite that simple. As not only does the Nokia 1 come running on Android 8.1 (Oreo), but Android Go’s interpretation of Oreo. This is important as Android Go is designed to specifically cater to low-powered smartphones by offering users an OS purpose-designed to match the hardware. Therefore, the reduction in core specs is only a perceived reduction. Instead, the software in use offers one which can be considered Pixel or Nexus-like. That is not to say this is a fast-performing phone, as it is not, but it is also not meant to be. Yes, the speed and general load times will not be anywhere near a premium level and during our time with the early version of the software it was very slow. However, compared to any other phone at this price point (and a number of higher-priced ones for that matter) running on a tweaked version of Android, the general performance and user experience is considerably better. Resulting in a higher-usable phone when taking into consideration the asking price. No, this will not be a smartphone for everyone, but for those looking for a very affordable option which is not weighed down with unnecessary features or apps that are too demanding to run, this will be one to consider.