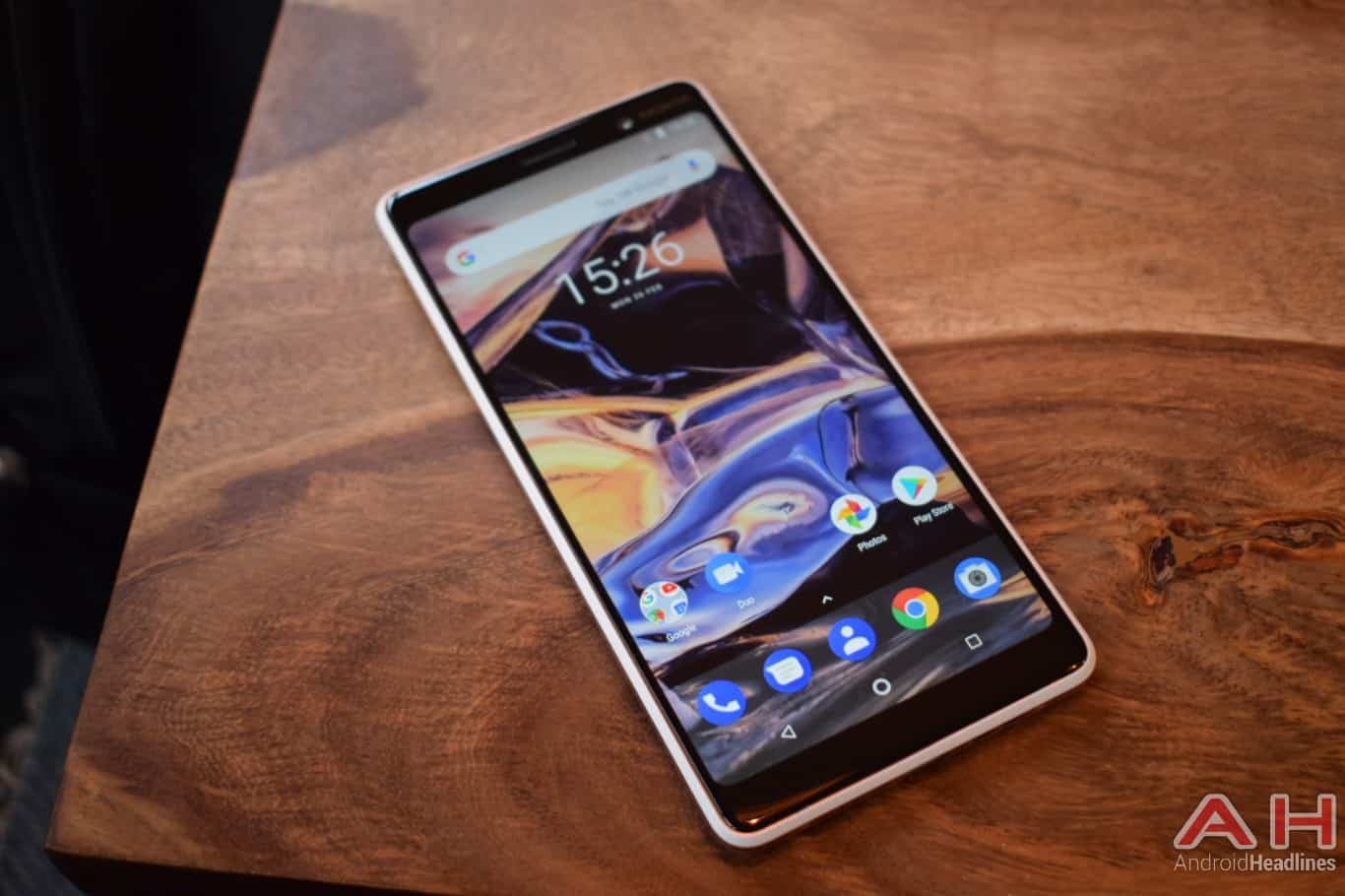 One of our editors managed to get ahold of the device in Barcelona, in order to take a closer look at it, and if you take a look at the gallery down below, you will see a number of images which show off this phone from various angles. Now the Nokia 7 Plus is made out of aluminum, though you will find six layers of 'ceramic paint' applies on top of it. The Nokia 7 Plus comes with a dual camera setup on the back and those two cameras do protrude. A fingerprint scanner is also included on the back of the Nokia 7 Plus, while you will find both Nokia's logo and Android One branding on the back of the device as well. The Nokia 7 Plus' display is not curved, but the phone does not sport thick bezels, quite the contrary. The Nokia 7 Plus comes with Black / Copper and White / Copper color variants, while all of its physical keys are located on the right. This smartphone's display sports rounded corners, and the phone does ship with an 18:9 display.

Now, in terms of specs, the Nokia 7 Plus is a mid-range smartphone, but quite a compelling mid-range phone. This device features a 6-inch fullHD+ (2160 x 1080) IPS LCD display, 4GB of RAM and 64GB of expandable storage. The device is fueled by the Snapdragon 660 64-bit octa-core processor, while it comes with a 3,800mAh non-removable battery, fast charging included. 12 and 13-megapixel snappers are included on the back of the Nokia 7 Plus, and we're looking at ZEISS' optics here, same as on the Nokia 8 Sirocco. Speaking of which, the 'Pro Camera' features are included in the software as well, so you'll have quite a few manual options to choose from. A 16-megapixel shooter is included on the front side of the device, while Android 8.0 Oreo comes pre-installed on the phone, and as already mentioned, this is a stock version of Android. A 3.5mm headphone jack is also included here, and the phone measures 158.38 x 75.64 x 7.99mm. Those of you who are interested in the Nokia 7 Plus should know that the phone will become available in April, and it will cost €399, that's all that HMD said regarding its availability. We don't really know in what regions exactly will the phone be available, but considering that its price point had been shown in Euros, chances are that Europe will be first in line to get it.