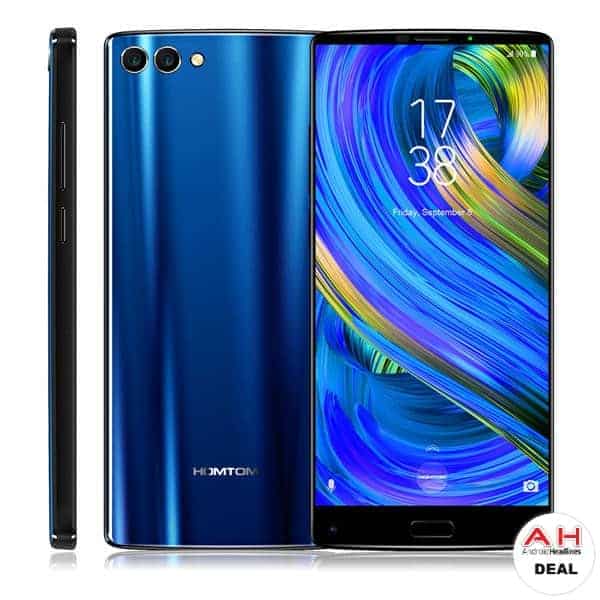 The HOMTOM S9 Plus is yet another affordable, Chinese smartphone with thin bezels, which looks like it was inspired by the Xiaomi Mi MIX. Now, the HOMTOM S9 Plus is currently on sale, and you can pick it up from GearBest. If you're interested in getting this smartphone, you should know that it is currently priced at $170. That being said, HOMTOM has been around for quite some time now, and the company does know a thing or two about designing a smartphone, as the HOMTOM S9 Plus does look quite sleek, especially if you consider its price point. As far as specs are concerned, this device is no slouch either, read on.

The HOMTOM S9 Plus is made out of metal and glass, its back side is curved a bit, and there are also two cameras included on it. An LED flash lies next to the phone's dual camera setup, while the company's logo sits on the back of the device as well. A fingerprint scanner is included below the device's display, and its front-facing camera is placed in the lower-right portion of the phone's front. The HOMTOM S9 Plus does have really thin bezels, not as thin as some renders will have you believe, but thin nonetheless, while the thickest bezel is the bottom one, and it's also called a 'chin'. It is worth noting that the HOMTOM S9 Plus is available in Black, Blue, and Silver color variants on GearBest, and all of them are priced the same at the moment

The device features a 5.99-inch HD+ (1440 x 720) display, along with 4GB of RAM and 64GB of expandable storage. Two SIM card slots are included in this smartphone, two nano SIM card slots, that is, while the phone is fueled by the MediaTek MT6750T 64-bit octa-core processor. On the back of the device, you will find 16 and 5-megapixel cameras, while a single 13-megapixel shooter is included on the phone's front side. Android 7.0 Nougat comes out of the box here, while the phone also sports a 4,050mAh non-removable battery. Bluetooth 4.0 is also a part of the package, and so is a 3.5mm headphone jack. This smartphone does support 4G LTE connectivity, in case you were wondering.

HOMTOM S9 Plus - $170
Buy Now!
Trusted By Millions
Independent, Expert Android News You Can Trust, Since 2010
Publishing More Android Than Anyone Else
18
Today
64
This Week
64
This Month
3237
This Year
104716
All Time
Advertisement