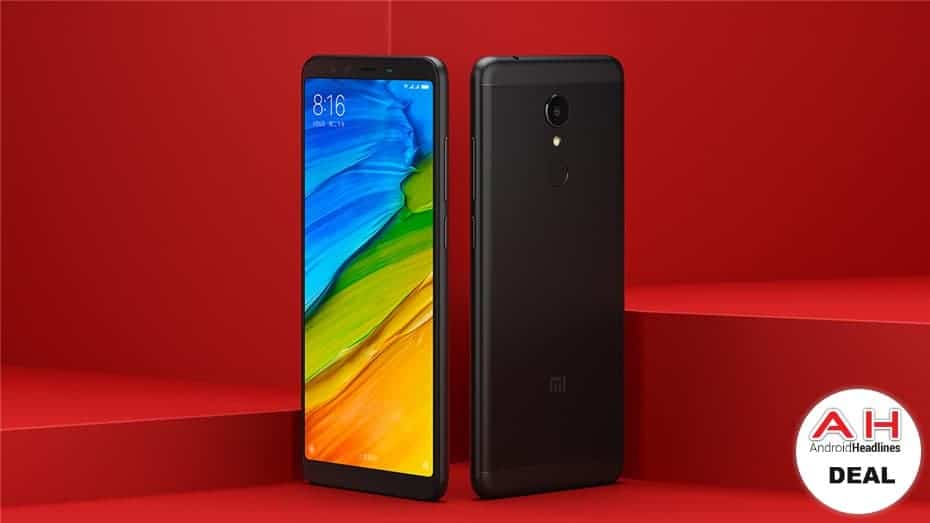 The Xiaomi Redmi 5 is one of the company's newest budget smartphones, and it's currently discounted over on GearBest. A 3GB RAM variant of the phone can now be purchased for $155.99 on GearBest, though do keep in mind that stock is limited, so if you're interested, it may be wise to hurry up. The Xiaomi Redmi 5 was announced along with the Redmi 5 Plus back in December last year, and it sports considerably thinner bezels than any other Redmi-branded smartphone before it, read on.

The Xiaomi Redmi 5's display comes with rounded corners, and the device utilizes on-screen buttons, which is also a first for the Redmi series. The phone is made out of metal, it sports a rear-facing fingerprint scanner, and a single camera on its back. All of the physical keys are located on the right-hand side of this smartphone, and the device sports a 5.7-inch HD+ (1440 x 720) display. The Xiaomi Redmi 5 is fueled by the Snapdragon 450 64-bit octa-core processor, while the device comes with a 3,300mAh non-removable battery (5V/2A fast charging included). A 12-megapixel snapper (1.25um pixel size) is included on the back of this phone, while you will find a 5-megapixel camera on the device's front side. Android 7.1.2 Nougat comes pre-installed on the Redmi 5, while on top of it you'll be able to find Xiaomi's MIUI 9 skin. In addition to 3GB of RAM, this handset also included 32GB of native storage.

Bluetooth 4.2 is also included in this package, while the Redmi 5 offers two SIM card slots. You will find two nano SIM card slots here, and considering this is a hybrid dual SIM setup, you can use the second SIM card slot in order to expand the phone's memory with a microSD card. That is more or less it, if you're interested in grabbing the Redmi 5, a purchase link has been included down below.