It seems like Android 8.0 Oreo update for the Samsung Galaxy Note 8 is right around the corner, as a variant of the phone with Android 8.0 Oreo has been certified by the Wi-Fi Alliance. The Samsung SM-N950F/DS, which is a dual SIM variant of the Galaxy Note 8, has appeared on Wi-Fi Alliance, as you can see in the provided image down below. The phone got certified yesterday, so this listing is basically brand new.

Having said that, Samsung had started pushing out Android 8.0 Oreo to the Galaxy S8 and Galaxy S8 Plus earlier this month, and the company quite recently decided to halt rolling it out to those two handsets. When asked to give its consumers a reason why, Samsung said that it received a limited amount of reports that the Galaxy S8 and S8 Plus units are rebooting on their own, so the company wanted to address that issues before it continues rolling out the update. For those of you who are unaware, the Galaxy Note 8 actually launched with Android 7.1.1 Nougat, while Samsung's skin is installed on top of Google's operating system. Well, along with Android 8.0 Oreo, the Galaxy Note 8 will receive a new version of Samsung's skin, Samsung Experience UI 9.0. That version of the company's skin will be quite similar to the one that is included in the Oreo update for the Galaxy S8 and S8 Plus, but it will come with some additional, Galaxy Note-specific features, mostly S Pen-related features which have been optimized for Android 8.0 Oreo.

Now, in addition to some of Samsung's very own additions to Android 8.0 Oreo, the Galaxy Note 8 users will be able to enjoy optimized Oreo features that Google released with stock Android. So, for example, those of you who own the Galaxy Note 8 will get access to the Picture-in-Picture (PiP) mode, while Notification Dots will also be included in the update. Samsung will change the look of its UI just a little bit, and some additional battery-related option should also become available along with the update. This update is expected to start hitting the Galaxy Note 8 handsets in the near future, chances are that the rollout will begin in the coming weeks. If you'd like to take a closer look at what Android 8.0 Oreo will look like on the Galaxy Note 8, follow this link. 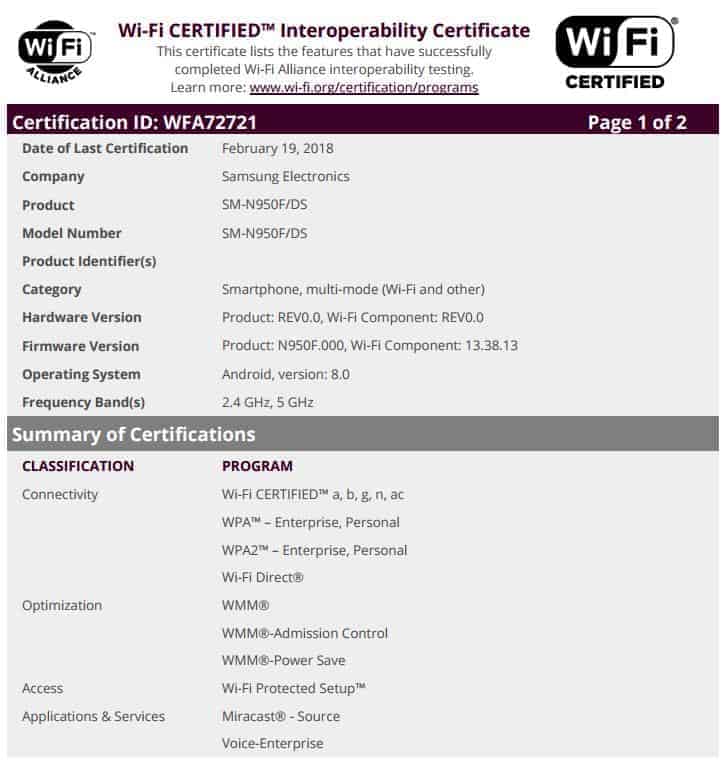