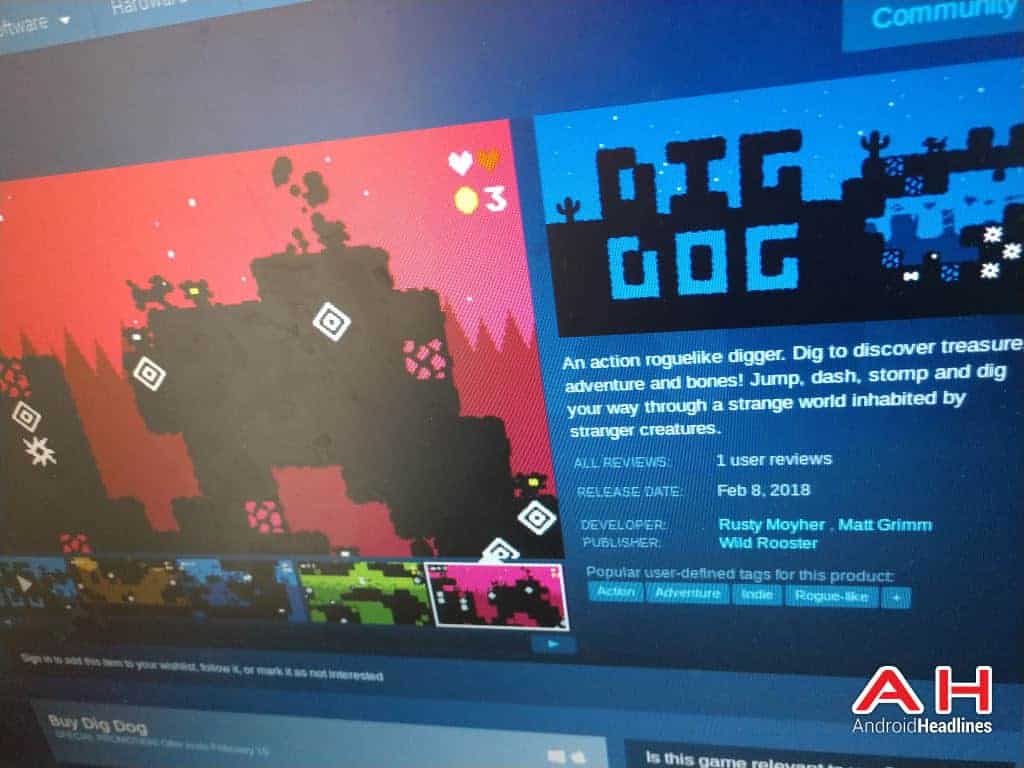 Coding is already a complex and nuanced art that can be quite difficult, but when his hands failed him due to a repetitive strain injury, developer Rusty Moyher couldn't bring himself to call it quits, and instead used assistive technology to create Dig Dog, quite possibly the first game to ever be coded completely hands-free. The game itself is a procedurally generated treasure hunter starring, as the title implies, a digging dog. For now, it's available on iOS, Windows, Xbox, and Mac, though a future Android port is technically possible. If you have a device running one of those and want the game, you can grab it for only $3.

At first glance, Dig Dog is the latest in a wave of indie games that take an easy-to-make and easy-to-run retro aesthetic but thrive on unique gameplay concepts and quirks. It runs with a crowd that includes the likes of Undertale, Shovel Knight, and Hyper Light Drifter, to name a few of the most popular examples, but as far as anybody knows, none of those were coded by voice with hacks applied to the Dragon dictation software suite. Moyher's customized version of Dragon is outfitted to write Python, a versatile coding language used in everything from small web apps to some Google projects. He based the project on the work of fellow coder and RSI sufferer Travis Rudd, who posted a video detailing his setup. Moyher contacted Rudd to find out what tools he used to customize his Dragon installation, and went on from there to build his own suite of shortcuts and modifications for Dragon. Along with other specialized hardware and software, he managed to eventually finish coding and publishing Dig Dog without having to use his hands at all.

In order to customize Dragon, Moyher used two programs called Natlink and Dragonfly, which allowed him to create custom commands for the software stack. Some cursor movement was required, and he addressed this with a product from specialty computing shop Natural Point; a sensor and head-mounted reflector that allowed him to control his computer's mouse cursor with his head movements. Moyher told Ars Technica that his goal with releasing this game was twofold; he wanted to prove that he could do it without his hands, and he wanted to share his story and setup so that others could follow in his footsteps, instead of letting their RSI take away their hobbies and livelihood. Even those who aren't into coding or creating could benefit from this story, though; with a setup like this, some forms of gaming could open up to those who can't use a keyboard and mouse or grip a controller. Writers and web developers, among others, could also make use of Moyher's hacks, should their hands ever fail them.