Skip to content
Advertisement
Trusted By Millions
Independent, Expert Android News You Can Trust, Since 2010
Publishing More Android Than Anyone Else
26
Today
61
This Week
62
This Month
2759
This Year
112825
All Time
Advertisement

Xiaomi’s CEO and co-founder, Lei Jun, has just confirmed that the Xiaomi Mi MIX 2S will be announced on March 27. Some rumors suggested that the device may launch at MWC 2018, but it seems like that will not happen, as Xiaomi is not planning to make any (big) announcements at this year’s Mobile World Congress (MWC). Having said that, Lei Jun announced the news via Weibo (Chinese social network), and along with announcing a release date for the device, he also shared the phone’s AnTuTu score, and confirmed that the phone will be fueled by the Snapdragon 845 64-bit octa-core SoC, as rumors suggested.

As per the image Lei Jun shared, the Xiaomi Mi MIX 2S managed to score 273,741 points on AnTuTu, and even if Mr. Jun didn’t confirm that the phone will be fueled by the Snapdragon 845, that score basically does it on its own. The Xiaomi MI MIX 2S leaked a number of times thus far, but the most concrete leak of the device occurred when its firmware popped up a while back. The phone’s firmware popped up earlier this month, and it suggested that the phone will sport a 3,400mAh non-removable battery, and that it will be fueled by the Snapdragon 845, which is something that was just officially confirmed by Xiaomi. In addition to that, the leaked firmware also revealed that the device will ship with Android 8.0 Oreo out of the box, while Xiaomi’s MIUI 9 skin will be included on top of it. A fullHD+ (2160 x 1080) display will also be a part of the package, if the leaked info is to be believed, though the leaked firmware did not say how big will the phone’s display be. Chances are that the Mi MIX 2S will ship with a 5.99-inch panel, just like the Xiaomi Mi MIX 2.

Now, in terms of its design, the Mi MIX 2S will resemble the Mi MIX 2S to an extent, at least according to leaked images, but the device will arrive with even thinner bezels. The phone’s frame will be visible on the sides, as with any device, but this phone will not sport a ‘chin’ below the display, or a ‘forehead’ above it, it will, however, include a front-facing camera which will break its design a bit. That camera will be included in the upper-right corner, if the leaked images are to be believed, and it will create a tiny notch there. The device is also expected to ship in both 6GB and 8GB RAM variants, while wireless charging may be a part of the package as well. 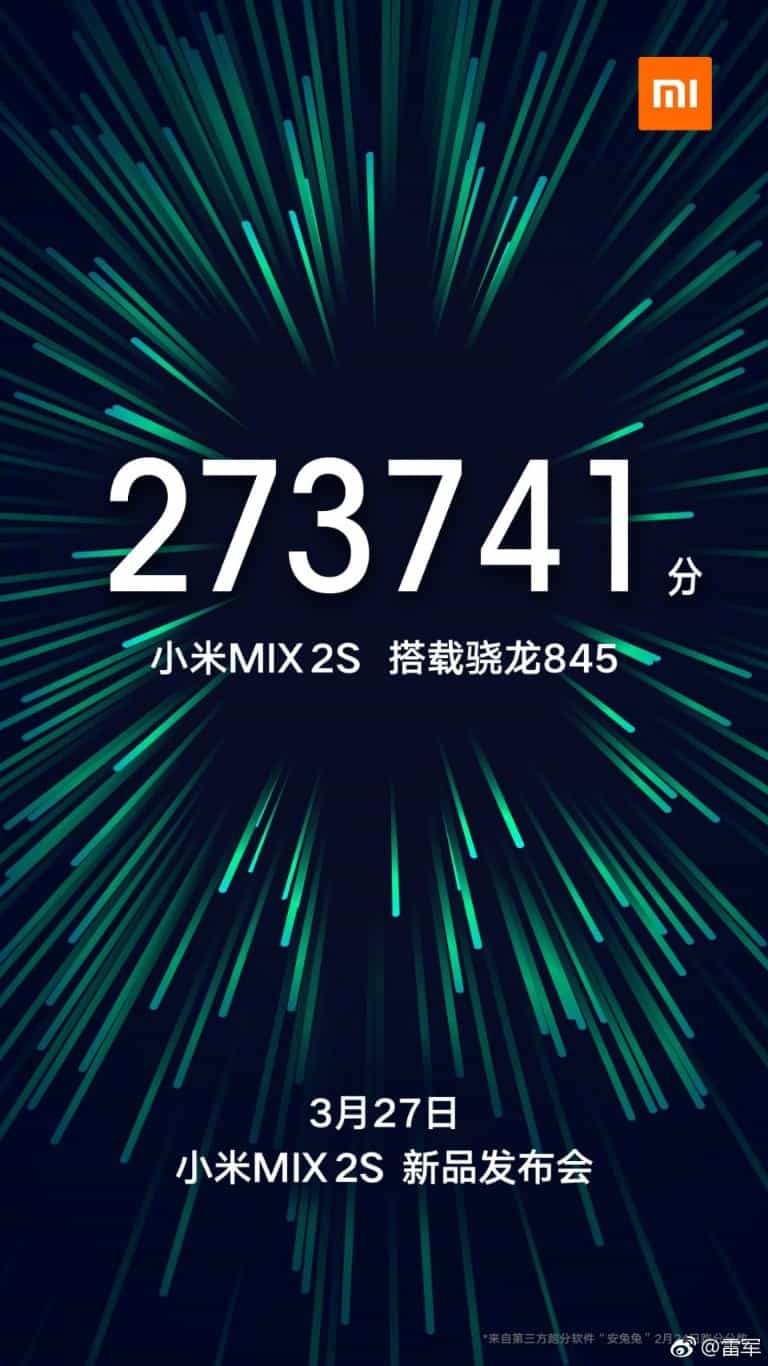