Smartwatches aren't for everyone, but if you're in the market for this type of wearable there are loads of options out there. Android Wear, Tizen, other proprietary operating systems, leather, metal, luxury, sporty, you name it. Whatever you're looking for in a smartwatch chances are you'll find it. All that choice is a good thing but it can also be daunting to look at all the options and wonder which one is right for you. This list should help with that. If you're looking to get into a smartwatch for the first time or simply upgrade to a new one, here are some of the best watches that are currently available. 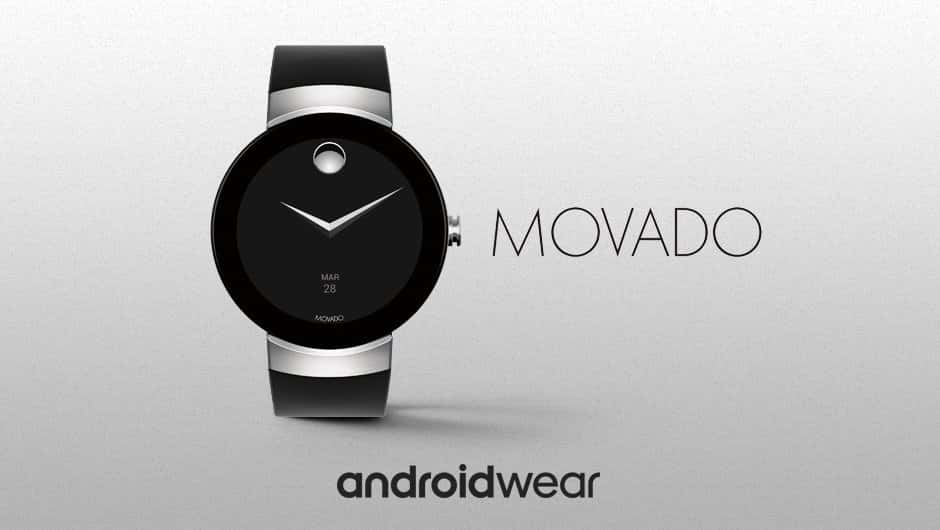 Luxury watch buyers who want something a little smarter should start by considering the Movado Connect. It's not the most expensive of the luxury Android Wear options and that's precisely why it's worth looking into as it's sort of a middle-ground between a high ticket item and some of the more affordable options. It runs Android Wear 2.0, and has a few unique customizations.

One of Fossil's latest coming from its own Fossil branded watches, the Explorist comes in more than a few options whether buyers want a leather strap, a metal band, and any number of varying watch case colors. This also runs Android Wear 2.0 and it comes with wireless charging, as most of the watches on this list will, and it's water-resistant as well so you can wear it out running if you want.

Though it does drop the ability to use Samsung Pay through the MST technology, which means you'll only be able to use it where the tap and pay terminals are in place, the Gear Sport is still one of the best options out there if you want a good smartwatch with plenty of features and want something active in style and function.

When it comes to new Android Wear smartwatches the Ticwtch S is one to consider. Not only because it's new, but also because it comes running on Android Wear 2.0 out of the box, so it's already up to date, and because it is a new watch it'll be receiving support for a longer period of time which means more updates to newer versions of Android Wear. It's also IP67 water-resistant so you don't have to worry about it getting wet. Best of all, it retails for just $199 which makes it one of the more affordable new options.

Surprisingly the ZenWatch 3 is still on this list but it's hard to dismiss it when it offers so much for so little. Granted, it's still $229, but for that you get a watch with new software, multiple crown buttons for added functionality so you don't have to rely completely on the touch screen for interaction, and it is probably the sleekest Android Wear watch out there save for the luxury options that cost hundreds and hundreds more.

The Huawei Watch 2 may be getting a bit older now as it's coming up on a year since its release, it's still a great watch option as it offers water resistance, Android Pay support, a sporty design (or a more traditional one of you go for the Classic model), and it comes with Android Wear 2.0 which means you also have Play Store access and Google Now.

Misfit's Vapor is fairly new, and it runs Android Wear 2.0, has a sporty design, water resistance, and some features which are unique to it. As far as standard features you'll get Google Now, access to the Play Store so you can install apps right onto the watch, and your choice of two different color options.

If you want something a little bit more fitness-focused than some of the other options, Fitbit's Ionic smartwatch might just be what you're looking for. It has a large square-shaped touch screen, its own ecosystem of apps albeit small, and support for things like Pandora playlist syncing so you can listen to music offline if you don't feel like loading on your own. It also has Fitbit Pay which is Fitbit's own contactless payment service.

Still coming in at the number two watch on our list is the LG Watch Style. There's no NFC here like on the LG Watch Sport which means no Android Pay, but it does have Android Wear 2.0 which comes with Google Now and the Play Store, and it's more customizable as you can swap out the watch straps.

Last but not least, the Samsung Gear S3 is still your top option for a smartwatch for many reasons. It might not have Android Wear, running instead on Samsung's Tizen UI, which does mean less apps, but it has full Samsung Pay support so you can use the watch to pay anywhere you can swipe a credit or debit card and at tap and pay locations. It's water-resistant so you can wear it free of worry from moisture damage, you can get it in an LTE option so you can use it without needing to connect a smartphone, it works with non-Samsung devices, and it has that rotating dial, which makes navigating the menus and UI of the watch a breeze. Lastly, you can also swap out the watch straps for just about any strap you want so long as it fits the same pin size.

Buy The Samsung Gear S3 Read More About The Samsung Gear S3
Trusted By Millions
Independent, Expert Android News You Can Trust, Since 2010
Publishing More Android Than Anyone Else
25
Today
53
This Week
445
This Month
1093
This Year
102572
All Time
Advertisement