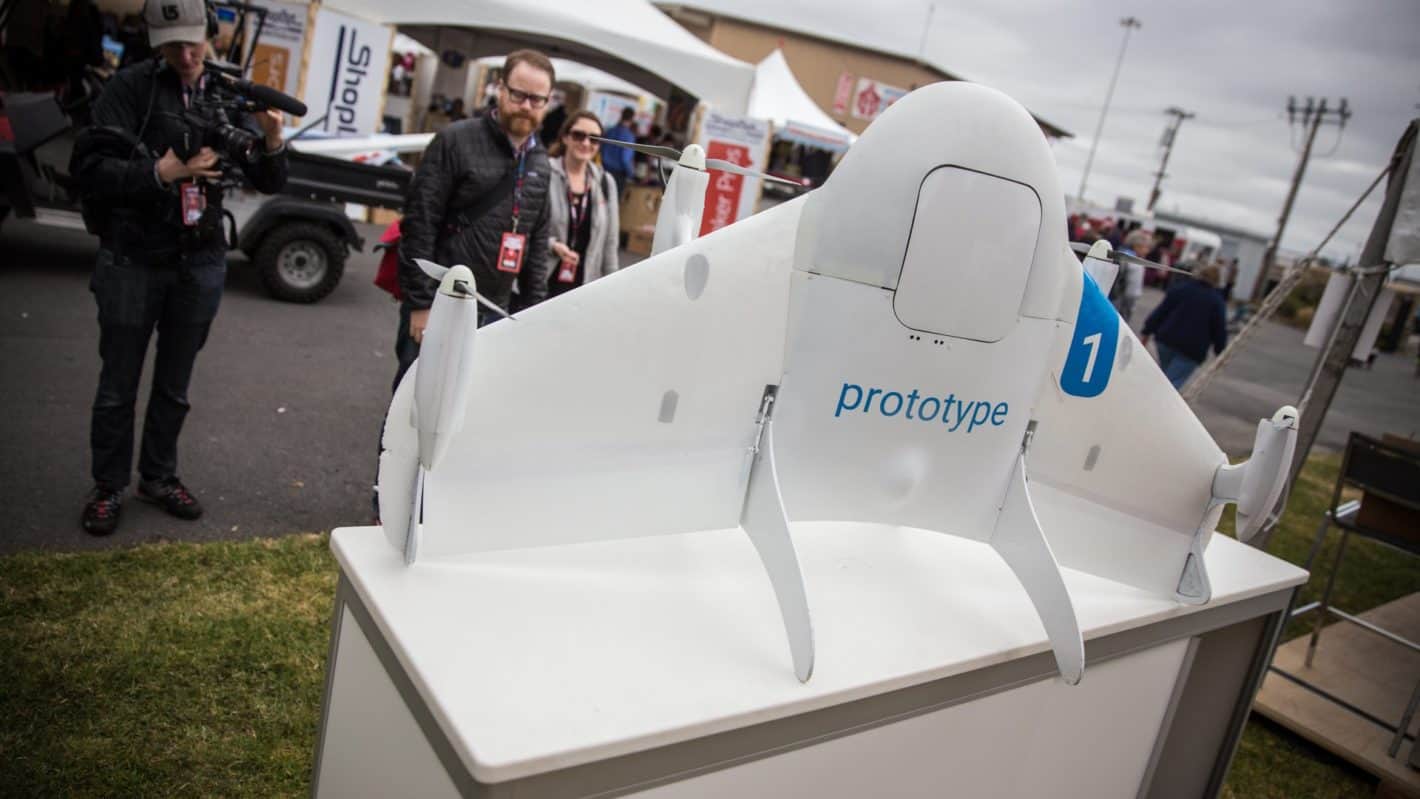 Faisal Masud, who has been employed by Amazon in the past, and has worked as the Chief Technology Officer (CTO) at Staples, is now moving to Alphabet. Alphabet is Google's parent company and is currently working on a method of delivery which includes drones. Masud, who has worked at Amazon for nearly a decade, and helped develop AmazonBasics, has now made his way to help with Alphabet's Project Wing, whose goal is to develop a new way to deliver packages to your door using drones. Masud will join co-heads James Ryan Burgess and Adam Woodworth at Project Wing, and he'll become a new Head of Operations. Project Wing is similar to Amazon's Prime Air drone delivery system, which is currently being tested in the United Kingdom.

One spokesperson at Alphabet said that "Faisal has a strong track record of building and scaling new delivery technologies". On top of that, that spokesperson also said that Masud's experience will help Project Wing develop properly, or at least that's what's expected of him. Masud's previous experience at Amazon could prove beneficial for Alphablet, as he worked on a similar project at Amazon, it seems. Masud's talent was much needed after the former head of Project Wing, Dave Vos, left in the fall of 2016 due to reports of disagreement between leaders and the engineering team at Project Wing.

Trials for Project Wing begun back in the fall of 2017. Project Wing had partnered with a local restaurant and local pharmacy chain in Australia, where drones would deliver food from a restaurant, as well as vitamins, prescriptions and over-the-counter medicines to the yards of customers living in rural areas where the closest store is quite far away. Project Wing and Amazon Prime Air are only available in specific locations, at the moment, and only time will tell if they'll prove useful, at which point they may become available in a number of other regions all over the world. Project Wing could prove to be useful, as it has huge potential, but it's currently doing rather simple tasks, during testing. Project Wing could end up being useful in providing resources to locations that are otherwise unreachable, for example, which is why Alphabet is pushing that project as much as it does.