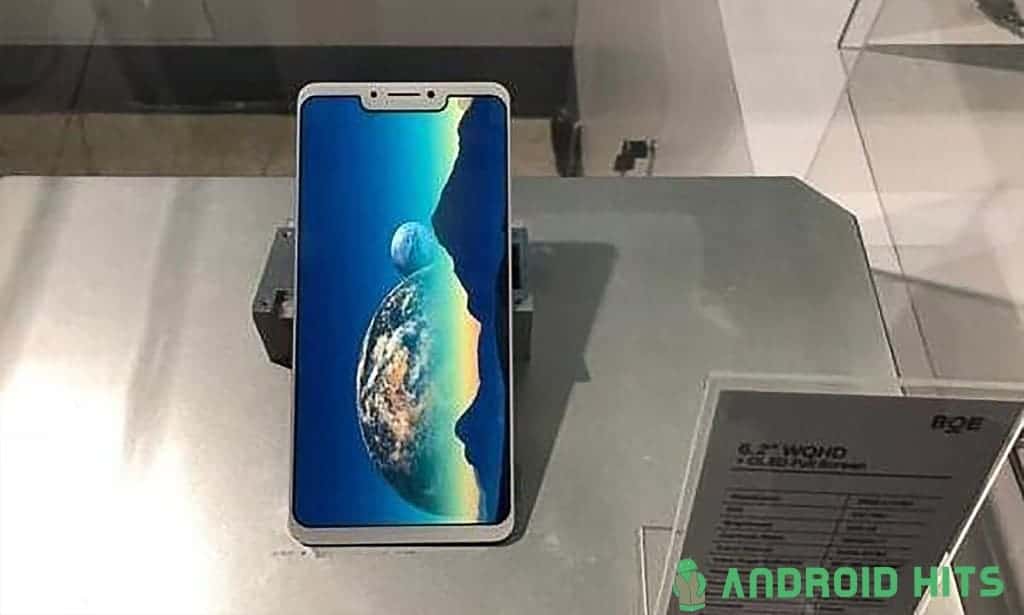 An image depicting what’s said to be the Huawei P20 Plus leaked online on Sunday, having been obtained by tech blog Android Hits. The photograph seen above appears heavily compressed and possibly altered so its legitimacy remains dubious, though the device it’s showing is largely in line with previous rumors and leaks surrounding Huawei’s next Android lineup. The Chinese original equipment manufacturer once again opted for equipping one of its flagships with an 18:9 display panel and relatively minimal bezels, producing a handset with enough screen real estate to compete in the phablet category while still being slim enough to allow for easy single-handed operation. Unlike the Mate 10 series, the P20 and P20 Plus are expected to feature a display notch which can also be seen on the smartphone depicted in the latest leak.

The notch expected to be found on Huawei’s flagships will be somewhat reminiscent of that of Apple’s iPhone X but significantly slimmer, allowing for much larger display corners. It’s presently unclear how Huawei intends to manage that unconventional screen shape when the phablets are playing full-screen videos or games, though users may be able to choose between several display modes. The P20 and P20 Plus are rumored to boast a triple-camera setup consisting of three vertically arranged sensors positioned in the top left corners of their rear plates, accompanied by dual-LED flashes. There still isn’t a consensus among industry insiders on the main purpose of the third camera, though a telephoto lens is the most probable scenario, according to early speculation. The imaging system of the two devices should be designed and manufactured by Leica that’s been collaborating with Huawei for several years now.

While the Android flagships were initially planned to be launched at the Mobile World Congress late this month, Huawei is said to have pushed their announcements to March 27 when it’s set to hold a dedicated product event in Paris in order to avoid having to directly compete with Samsung’s Galaxy S9 and Galaxy S9 Plus, both of which have already been confirmed for an appearance at the Barcelona, Spain-based trade show. The P20 lineup is hence likely to begin retailing on a global level by early May.