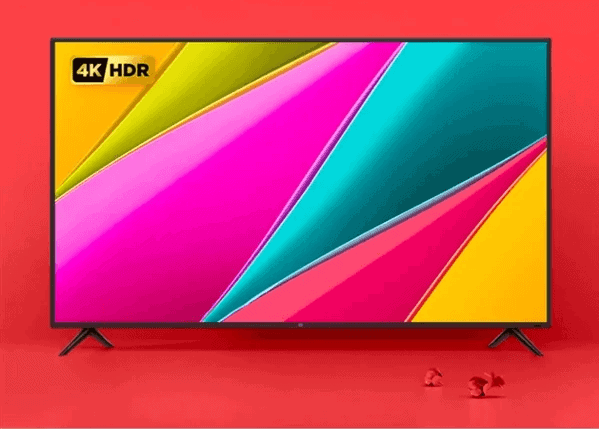 Xiaomi is expanding its existing series of smart TVs bearing the Mi TV 4A brand with a new 50-inch model, adding up to a total of six variants with sizes ranging from 32 to 65 inches. The latest 50-inch model borrows its exterior design from the Mi TV 4A range released about a year ago and comes with the same smart features as before, complete with voice recognition technology. The company’s latest TV will be subjected to a short pre-order period which will commence on January 19 and will launch in China on January 23.

The 50-inch Xiaomi Mi TV 4A is equipped with a 4K UHD (3840 x 2160) display featuring a 60Hz refresh rate. The panel supports the HDR10+ (High Dynamic Range) and HLG (Hybrid Log-Gamma) standards, and overall, the device is powered by a 64-bit quad-core Amlogic L962 processor clocked at 1.5GHz, coupled with an ARM Mali 450 graphics chip and 2GB of RAM. It also features stereo speakers with Dolby Audio and DTS-HD support, while offering voice recognition capabilities through the remote control. Evidently the remote can be used to browse through content, and can also control other Xiaomi smart products that happen to share the same network as the TV. Furthermore, with Bluetooth 4.2 LE connectivity users should also be able to control the TV through other types of peripherals such as mice and keyboards. Other details worth mentioning include 8GB of eMMC5 on-board memory, two USB, and three HDMI ports, an Ethernet connector, an AV input, and an S/PDIF audio output.

Although Xiaomi might be largely known among Android OS users for its smartphones, it’s worth reminding that the Chinese tech giant is actually involved in developing a wide range of product categories and consumer electronics, as well as AI and virtual reality solutions. Having said that, the launch of a new TV comes as no surprise, but it is somewhat unexpected to see a new TV model being added to an arguably already-expansive one-year-old lineup. In any case, the latest Xiaomi Mi TV 4A with a 50-inch diagonal will hit the shelves for the price of 2,399 Yuan, or the rough equivalent of $372 at today’s conversion rate, and at launch the company will apparently offer a 100 Yuan ($15,54) discount for an unspecified period of time. Pre-orders will commence on January 19 and sales will begin a few days later on January 23, however, as of this writing, it’s unclear whether the tech giant intends on launching the new model in any other regions outside of its homeland.