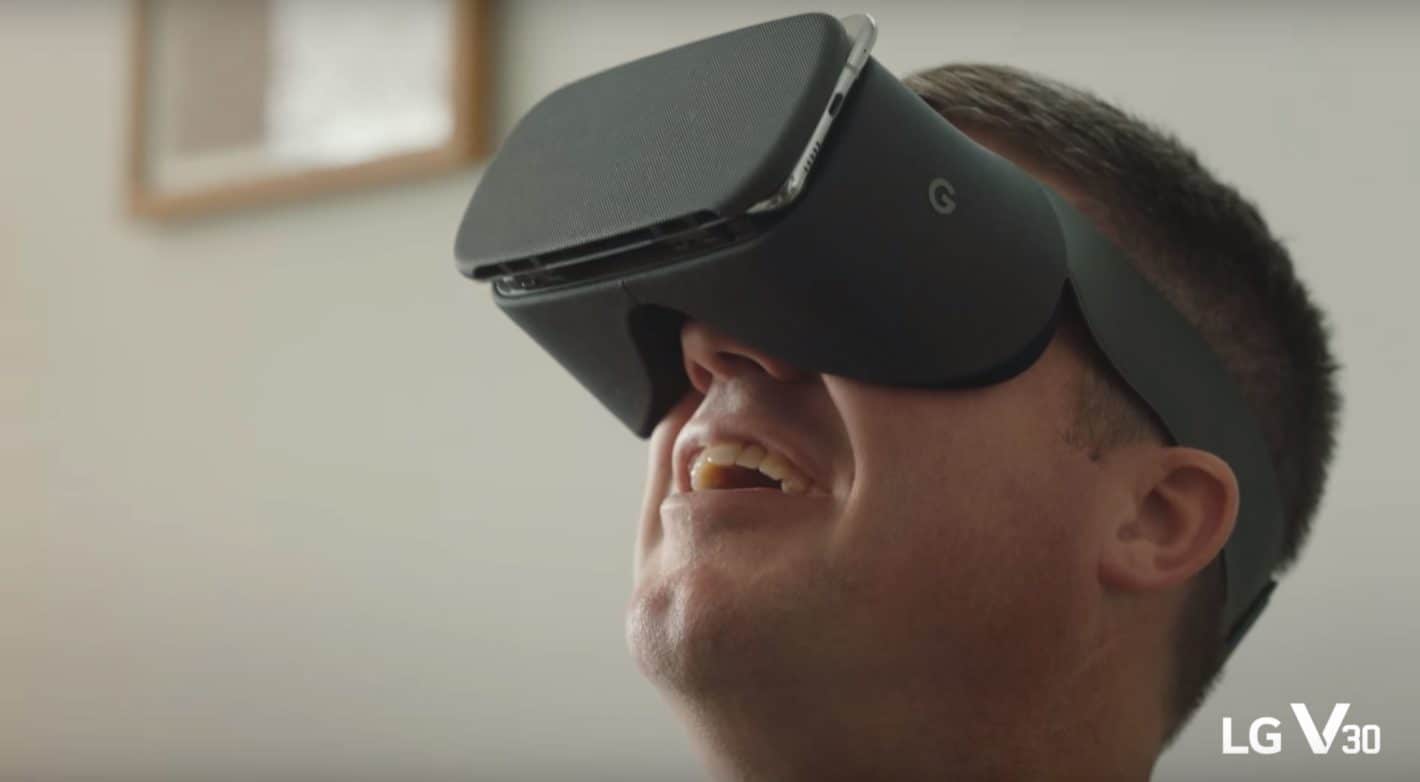 LG launched a new promo meant to advertise its latest Android flagship and its virtual reality capabilities enabled by Google's Daydream platform. The short clip that can be seen below tells the story of a kid applying to become a planetary protection officer at NASA and his dad trying to understand his ambitions with the help of the LG V30 and the Daydream VR headset, ultimately getting himself acquainted with an alien. The promo is the latest step in LG's efforts to advertise the V30 as a versatile device for all types of media creation and consumption, VR included. It's also part of the smartphone maker's "This Is Real" campaign that seeks to promote the V30 with ads that have a pronounced human component, trying to demonstrate a wide variety of ways in which the handset can be used in everyday life and placing an emphasis on its utility and ability to fit into one's daily routine.

Having originally launched in August before being released a month later, the V30 is presently on course to become the longest-serving premium mobile device in the history of the South Korean original equipment manufacturer. With the successor to the G6 being delayed and set to miss out on the 2018 edition of the Mobile World Congress late next month, the V30 is expected to remain LG's flagship offering in the mobile segment until at least mid-2018, according to recent reports. The company opted to rethink its global smartphone strategy after years of bleeding money in the sector, having ultimately decided to stop doing refreshes of its high-end lineups every 12 months just because its rivals do the same. Instead, LG is now seeking to support its products for longer and only introduce their successors when doing so makes sense from a technological standpoint, its Vice Chairman and CEO Cho Sung-jin said earlier this month.

The Seoul-based company is still set to attend MWC 2018 and may launch a revised version of the LG V30 at the Barcelona-based show, according to recent reports. The rumored handset is expected to be an improved version of the V30 Plus which comes with 128GB of storage space and premium earphones meant to take advantage of its quad-DAC, with insiders claiming the device will boast a better front-facing camera and new artificial intelligence capabilities.