Vivo has now officially launched its latest smartphone, the X20 Plus UD. This is a device that is particularly noteworthy as it is the first smartphone to be launched with what is referred to as an ‘in-display’ identification feature where the fingerprint reader is embedded in the actual display. While the X20 Plus UD (along with the ‘Clear ID’ feature) was first shown off during this year’s CES event, the phone itself had yet to be officially launched, or even have its name confirmed. That has now changed, however, with the X20 Plus UD now announced and already available to pre-order with shipping set to commence from February 1. Speaking of its availability, it is understood the X20 Plus UD will only be available in China for now where it is currently priced at 3,598 yuan (¥) which roughly equates to $565 in US terms

The inclusion of Clear ID marks the result of a partnership between Vivo and Synaptics, the latter of which is the provider of the sensor and its related technology. It is expected this sort of sensor will make its way to a number of other devices going forward as it largely alleviates the need for manufacturers to negotiate on screen size to account for a front panel positioned sensor, or compensate by housing the sensor on the rear of the device – as is the case with most current flagship smartphones. 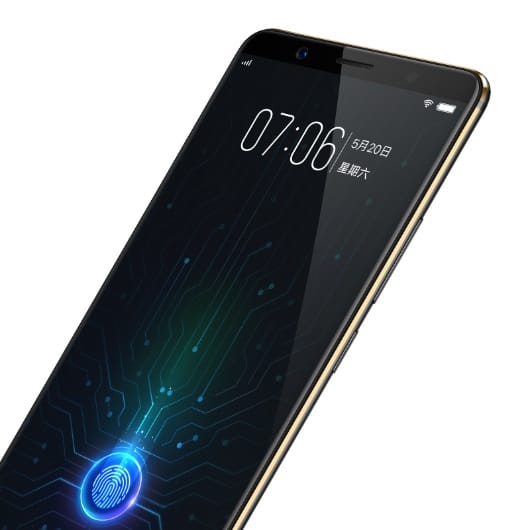 The X20 Plus UD is actually a follow on device to the company’s X20 Plus smartphone from 2017 and taking away the inclusion of its main feature, there is very little differentiating this model from the previous version. For example, the new X20 Plus UD also features a 6.43-inch display along with a 2160 × 1080 resolution. Inside, the device is loaded with 4GB RAM, 128GB storage, and is powered by a Qualcomm Snapdragon 660 octa-core processor, Cameras include a rear dual setup (consisting of 12-megapixel and 5-megapixel cameras), along with a 12-megapixel front-facing camera. Additional features include a 3,905 mAh battery, dual-SIM support, 4G LTE support, expandable storage support (up to 256GB), and Android 7.1 (Nougat) pre-installed. Those interested in finding out more about the X20 Plus UD can do so by heading over to the company’s official pre-order page for the phone. As well as checking out our hands-on time with the X20 Plus UD and its in-display sensor at CES 2018.