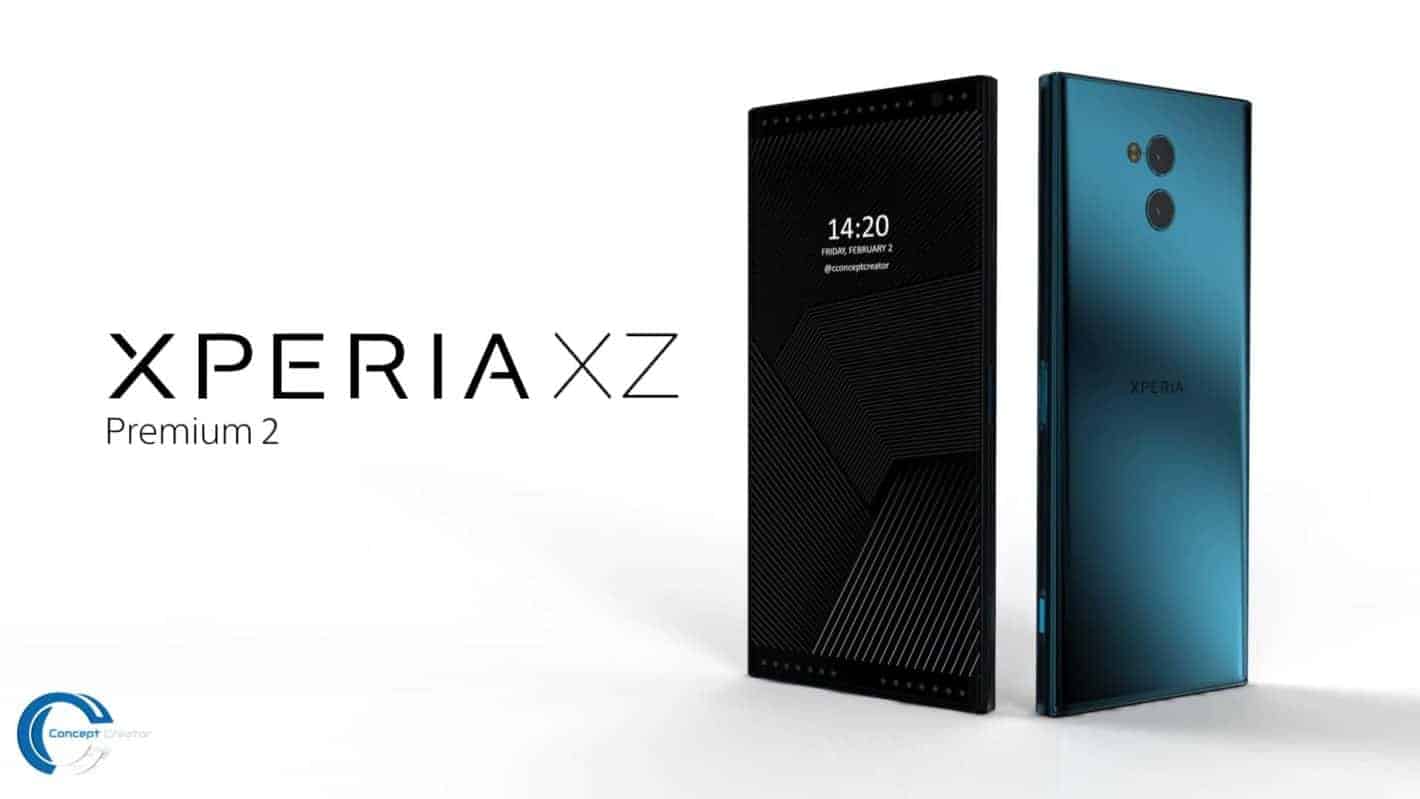 The Sony Xperia XZ Premium was one of the company's flagship smartphones last year, Sony's first flagship of last year, actually, and as we're waiting for the company's new flagship to arrive, a YouTube channel called 'Concept Creator' actually created a concept design of the Xperia XZ2 Premium. Sony's upcoming flagship smartphone is expected to arrive during the Mobile World Congress (MWC) in Barcelona at the end of the first quarter this year, and it is expected to sport considerably thinner bezels than the smartphones this company released thus far.

The concept design that the aforementioned YouTube channel released does look quite interesting, and it does have relatively thin bezels. If you take a look at the video provided down below, you will be able to see that this smartphone sports curved sides, like some of the company's previous devices, and yet it does not sport any bezel on the sides it seems, while its top and bottom bezels are not that thick either. There are two cameras placed on the back of this phone, and they are vertically aligned. A dual-LED flash is placed next to those two cameras, while the fingerprint scanner is included underneath the device's display, or in the right-facing power / lock button. This smartphone offers front-facing speakers, one of its speakers is included above the display, while the other one sits below the display, where the company's logo is also placed. The device seems to be made out of metal and glass. A 3.5mm headphone jack is included in this package as well, and the designer actually shared several color variants of this phone, which you can check out in the video that is embedded down below.

It is still not known whether Sony plans to keep the 'Xperia XZ Premium' naming, or will the company's new flagship be released under a completely new name, as it is expected to sport a completely new design. The company did confirm that their new flagship will sport 'bezel-less' design, so we're expecting that one such phone arrives at this year's MWC. Until that happens, however, feast your eyes on this imaginary smartphone, even though the real deal probably won't resemble it all that much.