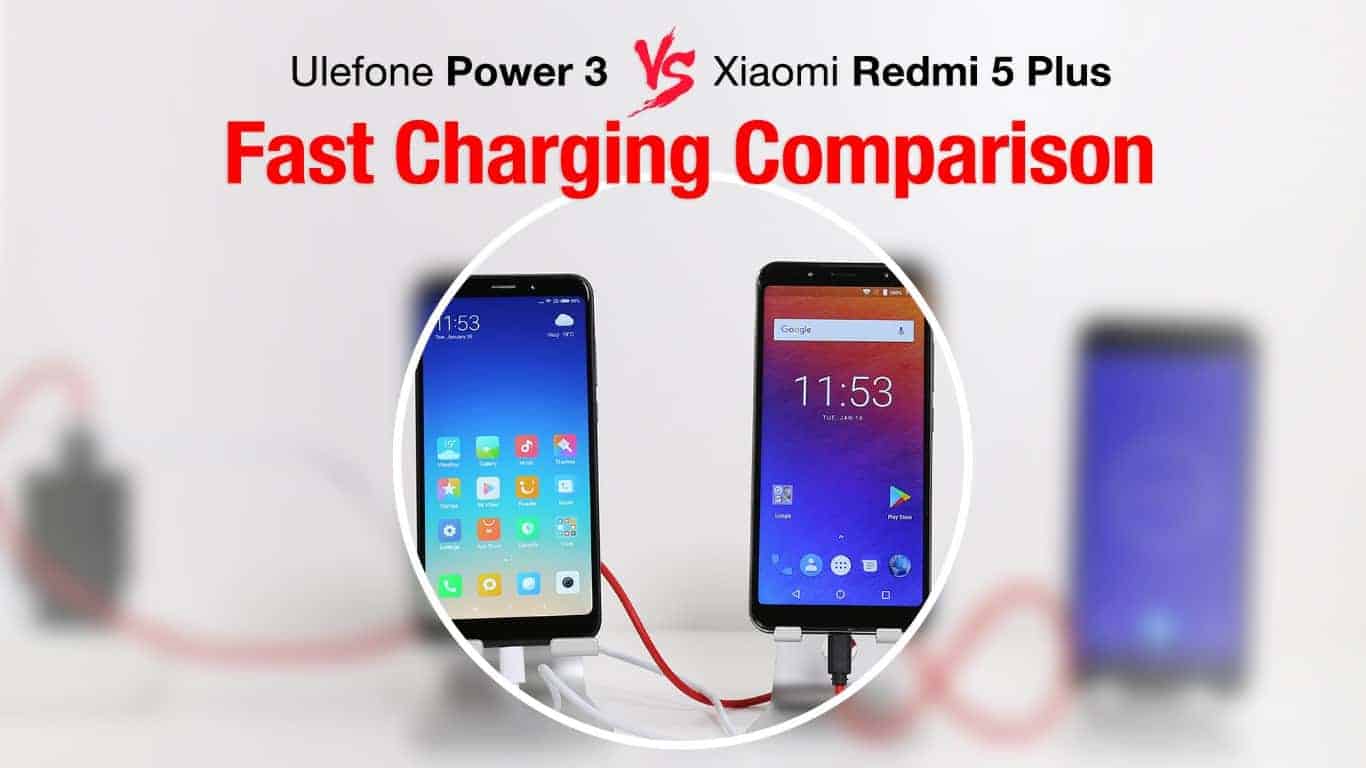 Ulefone has just released yet another Ulefone Power 3 promo video. This handset had been announced a couple of weeks ago, and the company has been releasing promo videos quite frequently, mainly focusing on the device's battery life and other features. Having said that, this time around, the company has decided to focus on battery charging, and Ulefone has decided to pit the Ulefone Power 3 against the Xiaomi Redmi 5 Plus, read on.

The Ulefone Power 3, for those of you who are interested, can now be purchased at AliExpress for only $229.99, as it is currently discounted. If you're interested, you'll find a purchase link down below. This handset comes with a dual camera setup, a rear-facing fingerprint scanner, and a 6-inch fullHD+ (2160 x 1080) display. The device also includes two SIM card slots, 6GB of RAM and 64GB of native storage, while it is fueled by the MediaTek Helio P30 64-bit octa-core processor. This handset also comes with four cameras, 21 and 5-megapixel shooters are placed on its back, while you will find 13 and 5-megapixel cameras on the phone's front side.