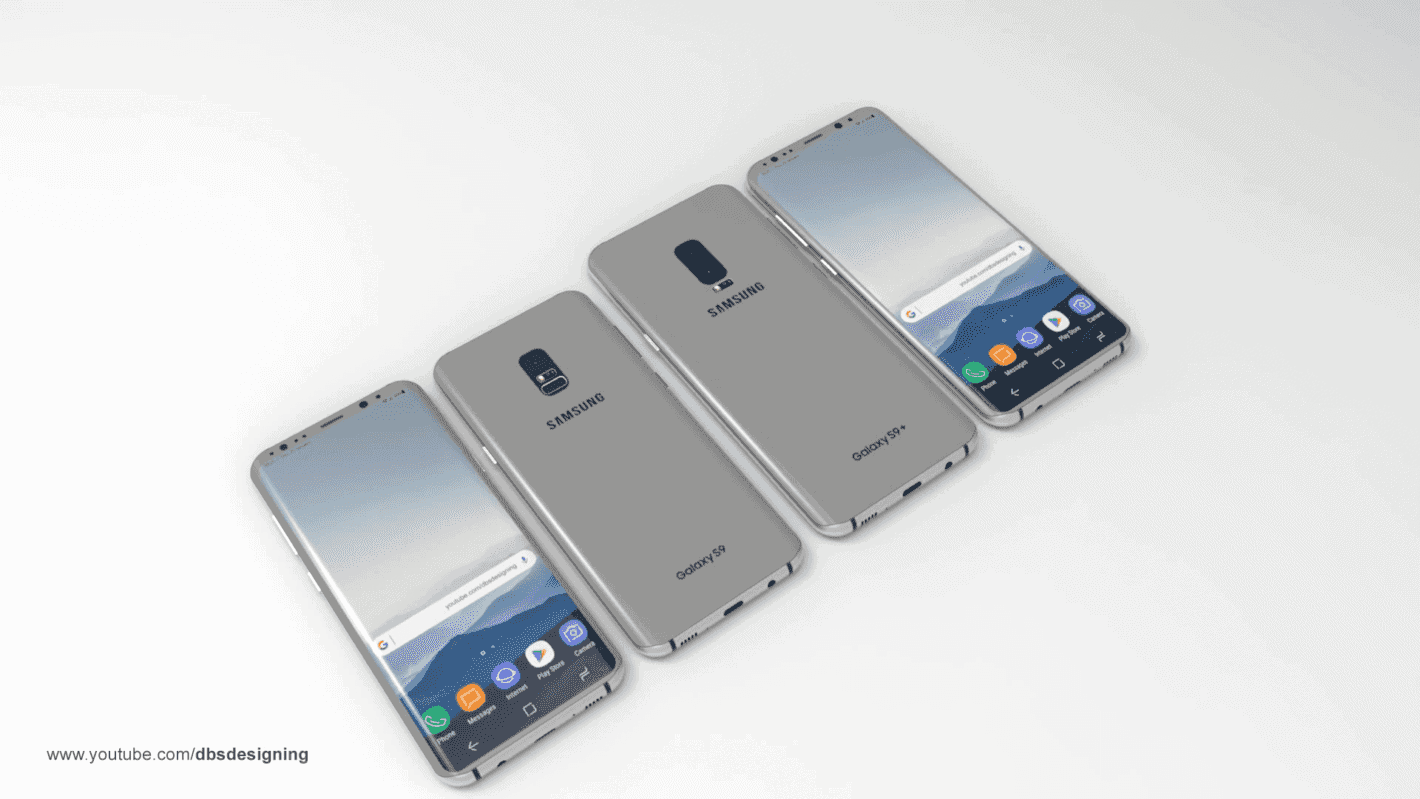 These two devices are made out of metal and glass, while both its back and front sides are curved. Only the Galaxy S9 sports a rear-facing fingerprint scanner, and it comes with a single rear-facing camera, while the Galaxy S9 Plus comes with a dual camera setup, but the fingerprint scanner is not located on the back of the phone, it seems to be embedded into the display instead. The power / lock key is placed on the right-hand side of both of these phones, while the Bixby key and volume up / down buttons can be found on the left. A Type-C USB port is located on the bottom of both phones, and it is flanked by a loudspeaker and a 3.5mm headphone jack. The bezels on both of these phones are really thin, and the top bezel is the thickest of them all, which is expected to be the case with the real Galaxy S9 and S9 Plus units, actually. The display sports rounded corners on both smartphones, and the Galaxy S9 Plus is noticeably larger than its sibling.

Now, in addition to envisioning their design, DBS DESIGNING also envisioned some specs for these two smartphones. The Galaxy S9 sports a 5.6-inch QHD+ Super AMOLED display, while the Galaxy S9 Plus comes with a 5.8-inch QHD+ Super AMOLED panel. Real life Galaxy S9 and S9 Plus handset will probably ship with somewhat larger displays, as the Galaxy S9 is expected to sport a 5.8-inch panel, while the Galaxy S9 Plus will probably arrive with a 6.2 or 6.3-inch display. Both phones come with a 12-megapixel dual shooter on the back (f/1.5 and f/2.4 aperture), while an 8-megapixel camera is included on the front. IP68 certification for water and dust resistance is also included here, and the same can be said for an iris scanner. These two concept phones sport 4GB and 6GB of RAM, respectively, while they also offer 64GB and 128GB of storage. The source has shown off Black, Silver, Blue, White and Gold variant of their concept Galaxy S9 and Galaxy S9 Plus smartphones, which you can check out in the provided video. The real Galaxy S9 and S9 Plus may resemble these two concept phones in terms of the design, except for the fact that both phones will probably sport a rear-facing fingerprint scanner.