Electronics searches performed by the United States Customs and Border Protection jumped by approximately 59 percent in 2017, having encompassed 30,200 devices in total, the federal agency said earlier this week. The CBP’s figure includes both inbound and outbound searches and doesn’t perform a direct breakdown between the two, though it does mention that around 0.007 percent of arriving international travelers had their electronics searched by its agents last year. Based on federal data, the U.S. had more than 397 million arriving travelers in 2017, which amounts to 27,790 inbound searches over the same period. The same number is indicative of 2,410 outbound electronics searches.

The probes were distributed in a relatively even manner on a monthly basis, with most months having just over 2,500 of them recorded and only August breaking the 3,000 mark. The spike in the number of searches cannot be attributed to a proportional increase in the general travel activity recorded by the agency; last year, the CBP processed 390 million arriving travelers and specifically investigated the electronics of only 18,400 of them. Based on that data, while arrivals only rose by under two percentage points, the frequency of those that led to searches increased at a 30 times faster rate. Compared to previously disclosed data, the increase of electronics inspections rose in every month of 2017, with the August of 2016 also being the busiest month for the CBP’s officials last year. The agency didn’t attempt to speculate about the major trend, having simply concluded the publication of its findings by reiterating that all of its activities are meant to protect the American people.

While electronics searches performed by the CBP encompass all battery-powered devices ranging from smartphones and gaming consoles to laptops and wearables, they cannot include cloud data previously accessed using such products, the agency revealed over the summer. The spike in the CBP’s searches hasn’t led to major controversies in 2017 but another unit of the U.S. Department of Homeland Security was hit with a lawsuit over warrantless device searches last September and has yet to go to trial over the allegations filed by 11 people. The first half of 2017 also generated some controversy over a major electronics ban on inbound flights from certain Middle Eastern countries, with the main reasoning behind that repeatedly legally challenged decision being that the U.S. administration was trying to prevent terrorists from smuggling explosives hidden in battery-powered devices. 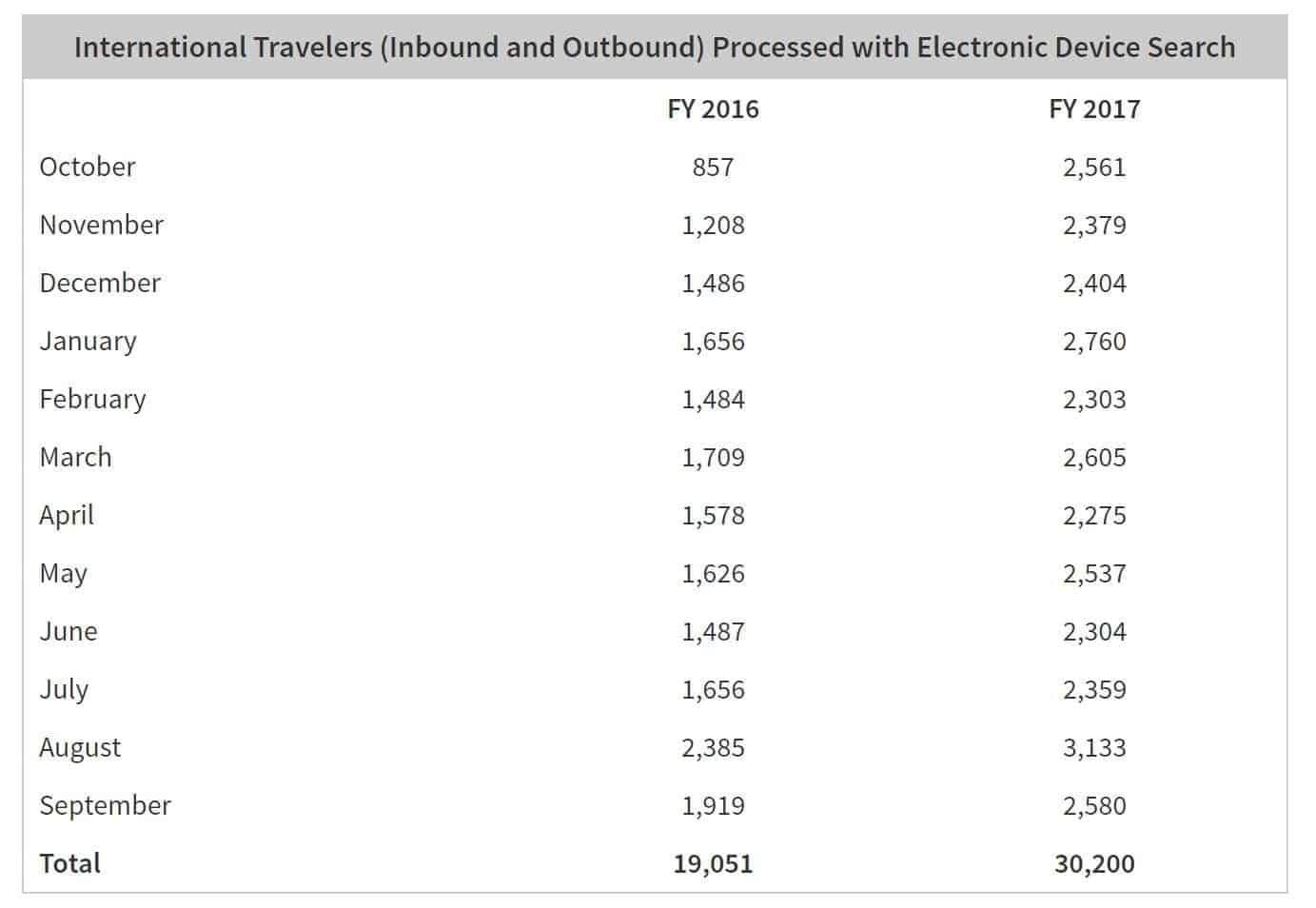