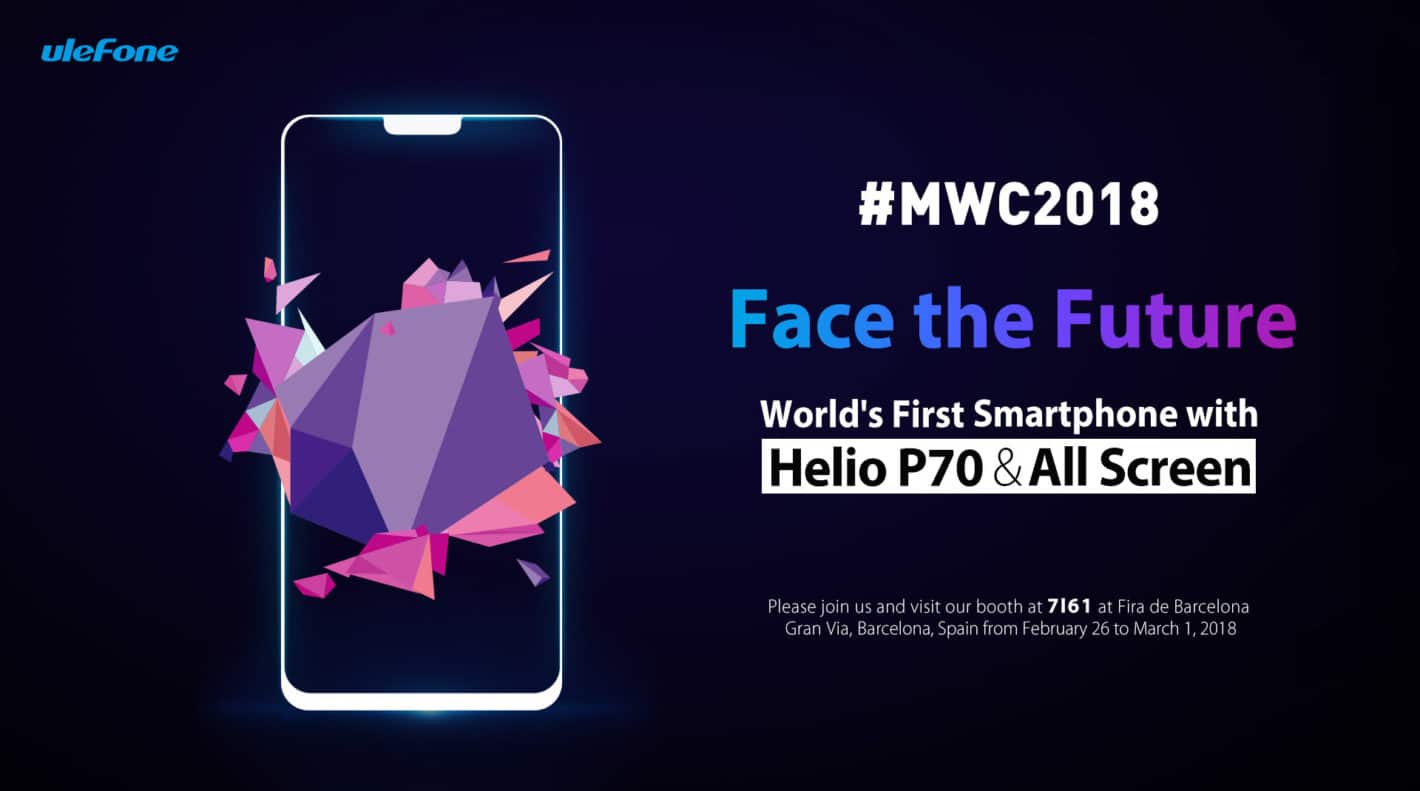 Ulefone has just announced that the company will not only be at the Mobile World Congress (MWC) in Barcelona, but that it will announce its new flagship at the tradeshow. The device in question is the Ulefone T2 Pro, which will, according to Ulefone, be the world's first Helio P70-powered smartphones. It is worth noting that MediaTek still has not officially announced the Helio P70 SoC, even though that chip popped up on AnTuTu quite recently, while its specs leaked earlier this month as well.

Based on the fact this handset will be fueled by the Helio P70, we may assume that MediaTek plans to introduce that processor at the tradeshow as well, though we're only guessing at this point. In any case, the Ulefone T2 Pro will sport a 19:9 display aspect ratio, though we still do not know what size will its display be. Ulefone has also promised that the phone will feature a really compelling spec sheet, and the render that is included on the company's invite image reveals that the phone will sport a notch at the top of its display, or at least it seems that way. Based on the provided image, the phone will sport really thin bezels, and a thin 'chin' below the display. Now, the Helio P70, which will fuel the Ulefone T2 Pro, had managed to score 156,906 points on AnTuTu, at least according to the leaked results, which is more than a compelling score, and it makes that processor one of the best mid-range chips out there, though once again, do keep in mind that those are not official results, nor is the SoC official yet.

If the leaked info is to be believed, the Helio P70 will be a 64-bit octa-core processor, which will utilize three Cortex-A73 cores clocked at 2.5GHz, and four Cortex-A53 cores running at 2.0GHz. This processor will, allegedly include the Mali-G72 MP4 GPU, and it will support Cat. 12 LTE. Ulefone will be at MWC 2018 from February 26 until March 1, so basically from start to finish, and the company will be located at booth 7I61 in Hall 7, just in case you're planning to attend this year's show.