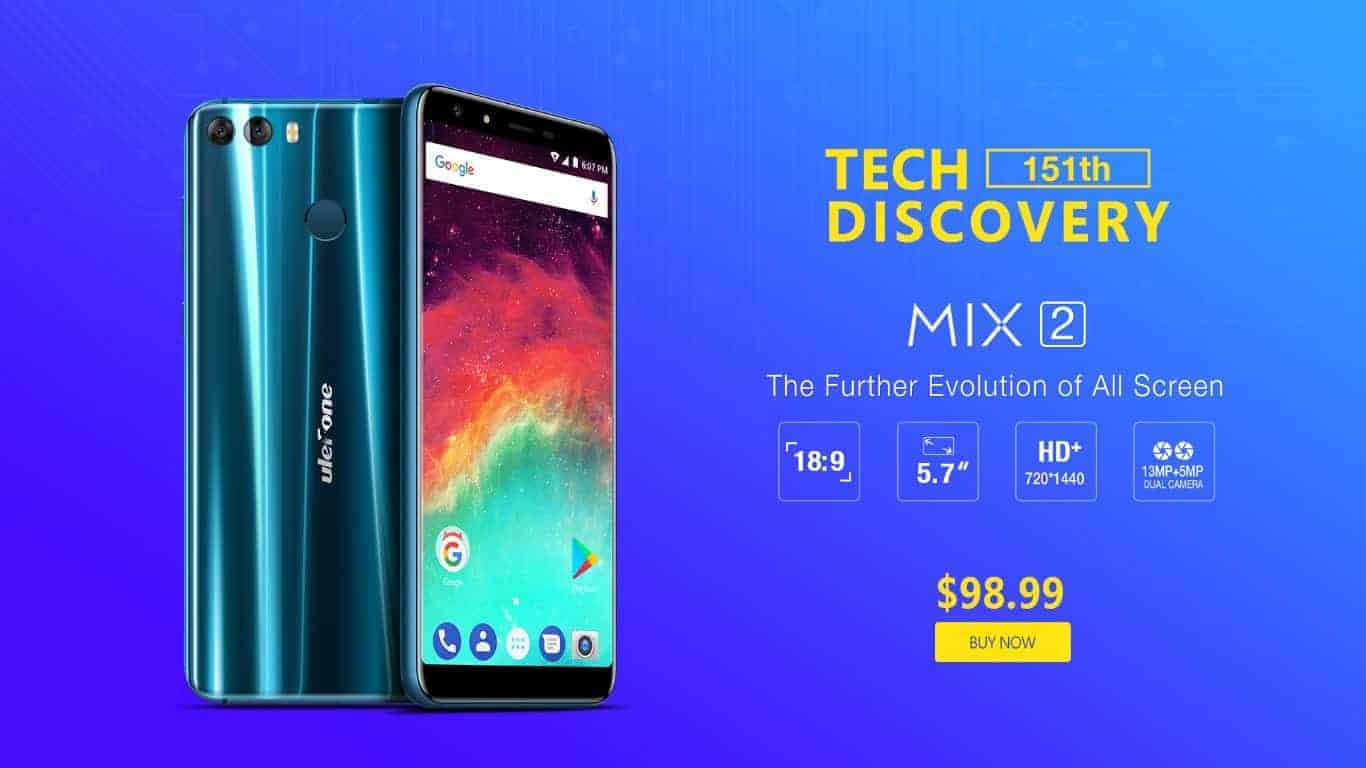 Ulefone has decided to discount one of its newest smartphones, the Ulefone MIX 2. Now, it seems like sales of this smartphone are going as planned for Ulefone, as the Ulefone MIX 2 has earned one of the top positions on AliExpress Tech Discovery, where only phones with high sales numbers are placed. In any case, the company has discounted the phone to $98.99, and it's worth noting that this offer is available only through AliExpress. This offer is valid until January 12, where the phone's price point will return back to its original state, in other words, the phone will once again cost $109.99.

This smartphone is made out of metal and glass, its bezels are not thick, but they are not as thin as some renders are implying either. In any case, this handset comes with a rear-facing fingerprint scanner, while it sports a dual camera setup on its back. All of the Ulefone MIX 2's physical keys are placed on the right, while its SIM card tray can be spotted on the left. The company's branding is located on the back side of this smartphone, and in case you didn't know, this is a budget phone. Before we start talking about its specifications, it's worth noting that the phone comes with a protective case made out of silicone, a screen protector, and a ring holder which can be attached to the back of this smartphone.. Having said that let's see what this phone has to offer in the spec department, shall we.

The Ulefone MIX 2 comes with a 5.7-inch HD+ (1440 x 720) display, which results in an 18:9 display aspect ratio. The phone is fueled by the MediaTek MT6737 64-bit quad-core processor, while the phone also sports 2GB of RAM and 16GB of native storage. The Ulefone MIX 2 ships with Android 7.0 Nougat out of the box, while you will find 13 and 5-megapixel shooters on the back of this phone. A single 8-megapixel snapper is included on the front side of the Ulefone MIX 2, while the phone comes with two SIM card slots (1x nano SIM, 1x micro SIM). If case you'd like to take advantage of this discount, and purchase the phone, you can do so via the link / banner which is included down below.