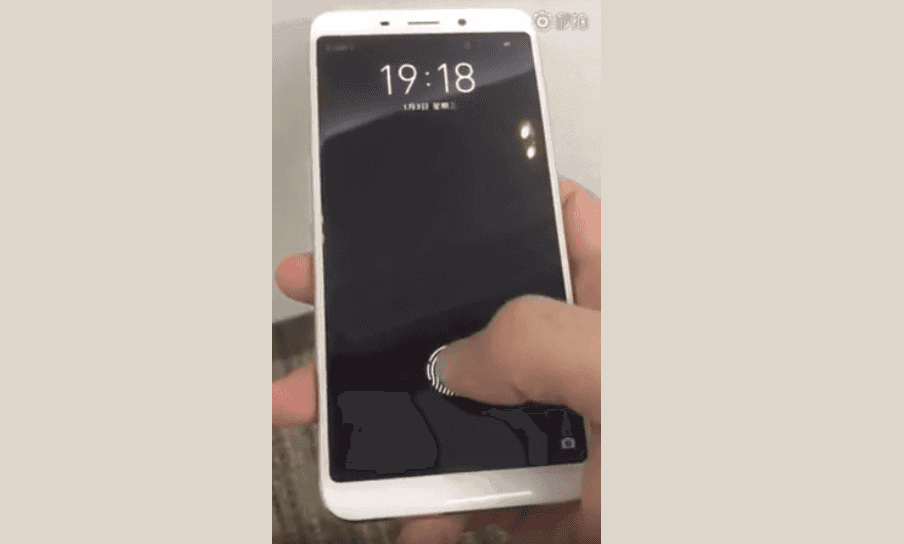 The Meizu M6S has been subjected to numerous leaks over the past few weeks and as the device is now seemingly heading toward a January 17 official announcement, a new leaked video emerged to suggest that it may be the world's first smartphone to adopt an in-panel fingerprint scanner. It should be noted that all of the previous leaks so far have promoted the idea of a conventional side-mounted fingerprint scanner, and the animation seen in the leaked video below could theoretically be forged without the need of an actual scanner to be embedded within the display. Nevertheless, in-panel fingerprint scanning technology has been one of the most sought-after advancements in terms of smartphone design in recent years, and this type of tech is expected to make an appearance in consumer products later this year.

Assuming that the latest leaked video at hand is credible, it seems that the Meizu M6S may become the first smartphone to adopt a brand new generation of fingerprint scanners. However, it's important to note that so far, Qualcomm has been the biggest force pushing this type of technology, with its first announcement on the matter taking place in mid-2017. Back then, the company revealed a new fingerprint scanning technology that could be embedded under a smartphone's display or glass back panel, however, later reports suggested that Qualcomm's solution was not yet ready for prime time and that this technology will be made available in mid-2018 at the earliest. On the other hand, all evidence so far suggests that the Meizu M6S will not be powered by a Qualcomm chipset but rather by an Exynos SoC supplied by Samsung, namely the Exynos 7872. Then again, this particular silicon has yet to be officially announced by the Korean OEM and its capabilities are largely unknown.

At the moment, there's no guarantee the Meizu M6S will indeed adopt an in-panel fingerprint sensor, and given the nature of this leak and the information surrounding the device, it's highly advised to treat this video with a proverbial pinch of salt. Nevertheless, in-panel fingerprint sensors are expected to debut in Android handsets before the end of 2018 regardless of Meizu's roadmap, and this recent leak may offer a glimpse at what the future holds in regards to the next generation of biometric sensors.