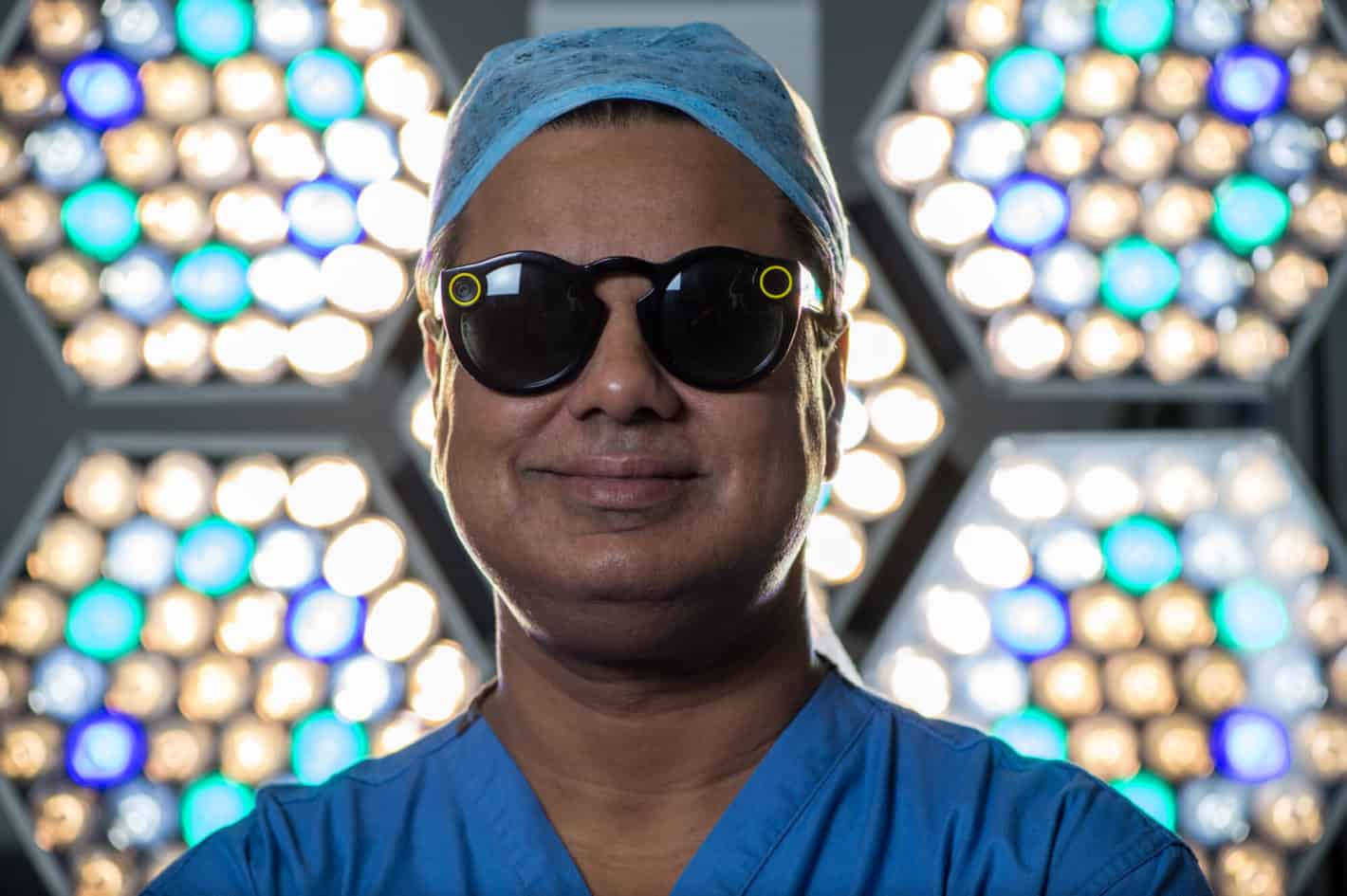 One British surgeon's decision to take Snap Inc.'s Spectacles into the operating room could lead to a solution to one of medicine's biggest global problems. According to both the World Health Organization (WHO) and the Lancet Commission on Global Surgery, as many as 17 million deaths are caused every year simply because there are not enough healthcare workers, anesthetists, obstetricians, or surgeons available. That largely comes down to a lack of training and high-quality education, with as many as 5 billion people lacking access to safe, affordable surgical and anesthesia. Of course, the shortage of professionals in those fields has also led to a shortage of individuals who can teach the profession. That's a problem that the British surgeon in question – Shafi Ahmed – believes can be answered through the use of VR. Although there have been challenges to the viability of his stance, he isn't alone in that belief either.

Ahmed initially used Spectacles as a way to capture high-quality images of surgical procedures to share with students of the profession as a supplement to their education. However, he quickly moved past that to co-found Medical Realities Ltd. as a way to offer interactive virtual reality learning experiences for trainees. The media also serves the secondary purpose, Ahmed says, which is to inform the public about what goes on during certain surgeries so that there aren't so many misconceptions about it. Over the course of this year, he plans to take things a step further to provide real-time supervision and tutoring of medical students entering into his field.  Meanwhile, Ahmed's sentiments are at least partially shared by Josip Car – an associate professor of health services outcomes research at Singapore's Nanyang Technological University's Lee Kong Chian School of Medicine and a collaborator with the WHO on the examination and review of evidence regarding the effectiveness of digital learning. So far, Car says, the evidence seems to suggest that Ahmed's methods would be at least as effective as traditional methods of learning, while also being flexible and scalable.

Marc M. Triola, an associate dean for educational informatics at NYU Langone Health, agrees and says that the medical education sector is ready for a change and that both AR and VR could easily become the standard. Furthermore, that's backed up by the fact that Stanford Medicine in California already uses MRIs, CT scans, and angiograms combined into an interactive 3D image to assist physicians in walking patients through procedures. However, Car is quick to caution that more research is needed in order to validate or refute the initial findings and there are detractors to Ahmed's approach. For example, John Quinn, a vascular surgeon out of Brisbane, says that students can only learn so much from images and video content, even when that content is interactive. He also laments that in addition to the fact that students can't touch or feel the patient, virtual oversight of surgeries could prove distracting or to put needless pressure on surgeons. Moreover, Quinn believes that any benefits can't outweigh the risks associated with violations of patient privacy which accompany the streaming of surgeries.