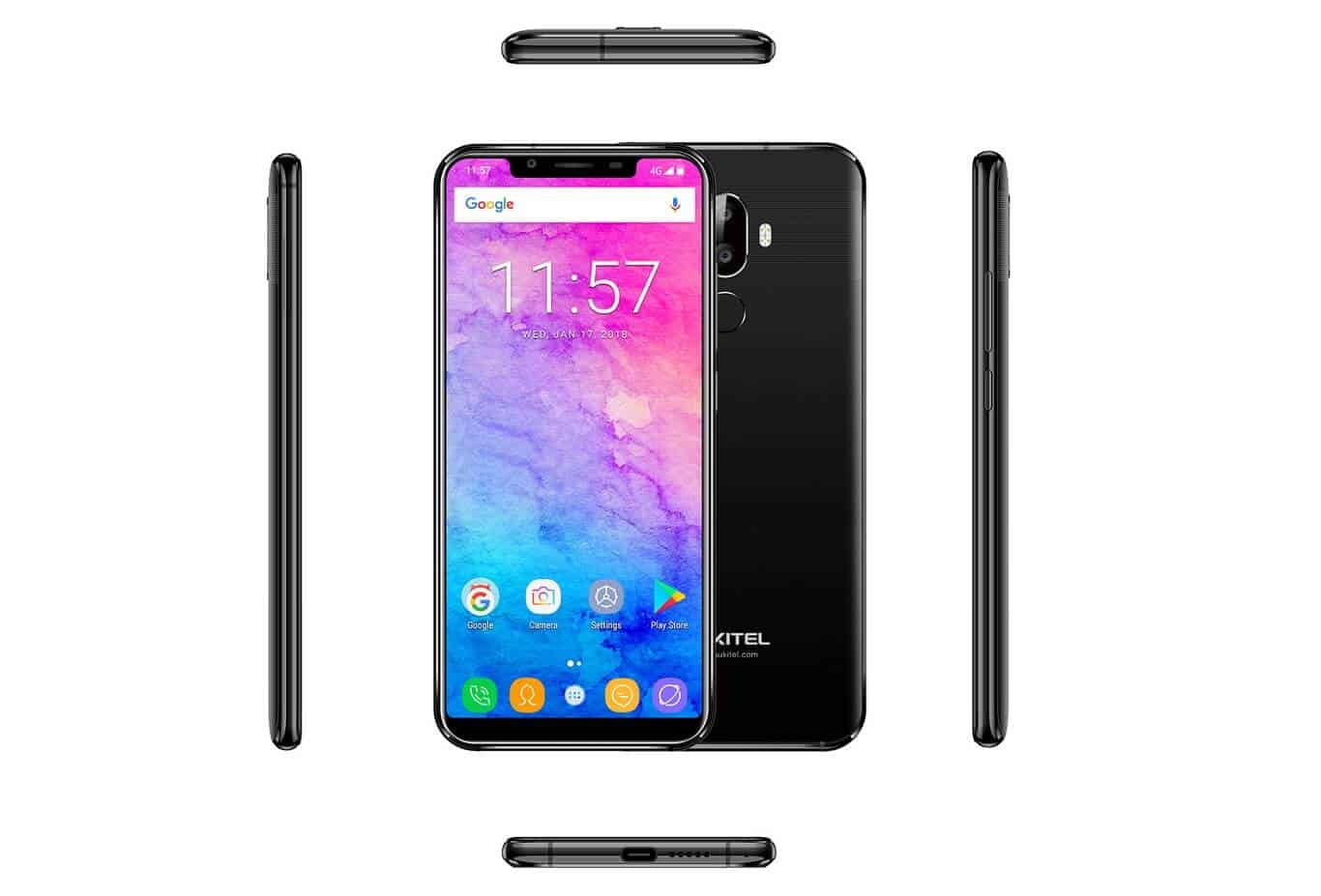 The OUKITEL U18 smartphone is due to arrive soon with the company explaining pre-orders will open up January 29. What makes this phone a little different to other Android phones is that it takes inspiration from both the iPhone X and the Huawei Mate 10 Pro. Specifically, the front is more X-like while the back is more Mate 10 Pro-like. Just ahead of the opening of pre-orders OUKITEL has now released a new hands-on video showcasing the upcoming phone while also providing comprehensive details on the specs.

The OUKITEL U18 is now confirmed as a device featuring a 5.85-inch display along with a 21:9 aspect ratio resulting in a 1512 x 720 resolution. Inside, the OUKITEL U18 will be equipped with 4GB RAM, 64GB storage and powered by a MediaTek MT6750T octa-core processor. The rear of the device will house a dual camera setup comprised of 16-megapixel and 5 megapixel cameras, while a 13-megapixel camera can be found on the front. Additional features include the option to expand the storage (up to 128GB), USB Type-C connectivity, a 4,000 mAh battery, dual-SIM support, 4G LTE support, a fingerprint sensor, facial recognition support, and Android 7.0 (Nougat) pre-installed.

Coming back to the design and what makes this so iPhone X-like is the inclusion of a ‘notch’ on the front panel. At a functional level, this is designed to open up the space on the front panel to offer a greater amount of display surface area. While this has started to become a trending feature with many companies looking to replicate the iPhone X look, OUKITEL argues it will be the first Chinese manufacturer to actually get a phone with this design to a pre-order status. As mentioned, that status is due to take effect by Monday at the latest at which point the OUKITEL U18 will be available to order in either a black or gold color. In terms of price, this remains one of the elements that has yet to be confirmed although it is expected the OUKITEL U18 will become available around the $180 marker, likely even cheaper than that during the initial pre-order phase. For more details on the OUKITEL U18 head over to the official page listing which is now live, as well as checking out the new hands-on video below.

Advertisement
More info: OUKITEL U18
Advertisement
Trusted By Millions
Independent, Expert Android News You Can Trust, Since 2010
Publishing More Android Than Anyone Else
16
Today
100
This Week
355
This Month
5099
This Year
106574
All Time
Advertisement