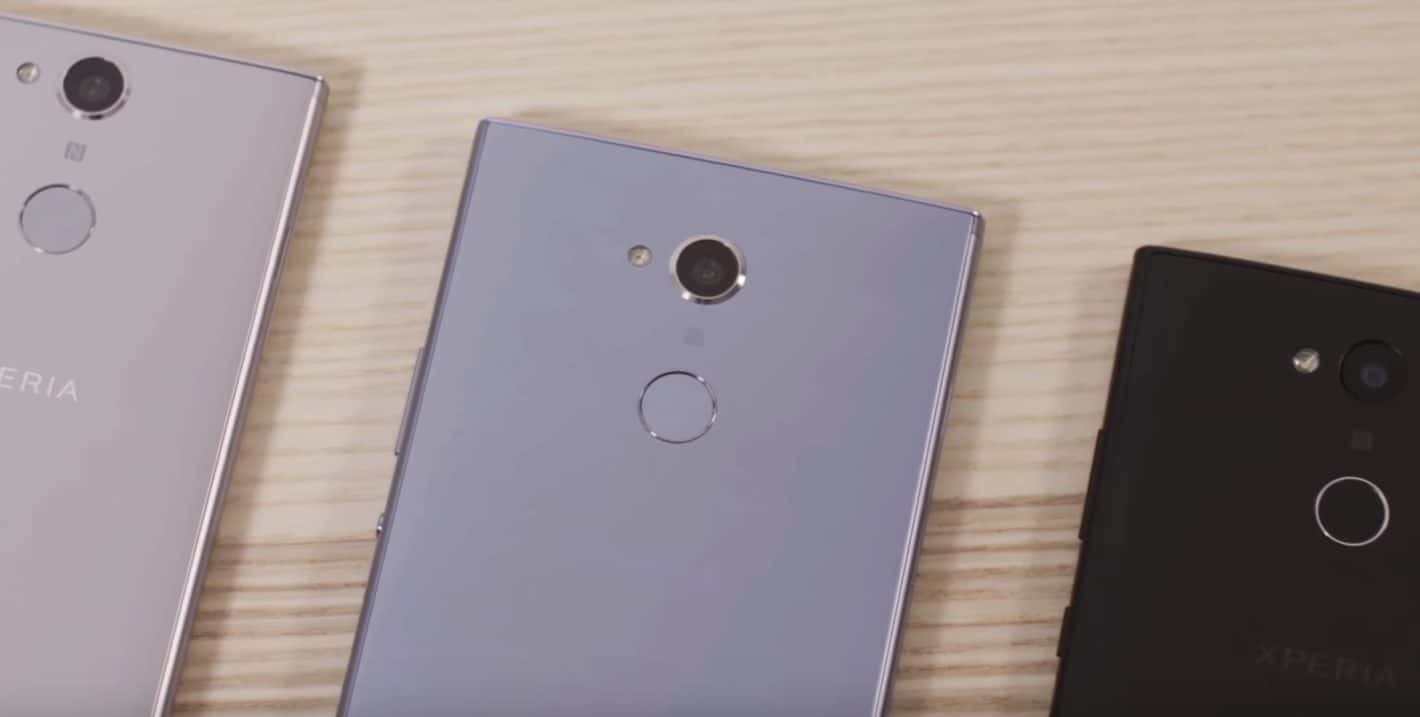 Sony detailed the major selling points of its three new Android smartphones announced at the 2018 edition of the Consumer Electronics Show, having opted to do so in the form of an official hands-on video which can be seen below. As expected, the Japanese tech giant decided to place a large focus on the fact that its devices are now finally shipping with functional fingerprint readers in the United States. The company also boasted about the imaging capabilities of the Xperia XA2 and Xperia XA2 Ultra, in addition to highlighting their battery life, claiming both devices will have no issues with getting consumers through the day on a single charge and reiterating they feature support for Qualcomm's Quick Charge 3.0 technology. The mid-range Xperia L2 is being advertised as an extremely selfie-oriented device meant to bring one's mobile photography to the next level without requiring them to break the bank in order to do so, with the firm also emphasizing the 3,300mAh battery of the handset, as well as its fast charging capabilities.

Sony was one of the few original equipment manufacturers that decided to announce new smartphones at CES 2018, with the Las Vegas, Nevada-based show also leading to the introductions of new devices from BlackBerry and TCL's Alcatel. As was the case with all phones revealed at the fair, the latest Xperia-branded offerings are value-oriented products and aren't meant to compete in the premium segment on the market. As such, they haven't debuted any major changes that Sony is expected to make to its mobile devices later this year and were unveiled in the form of yet another set of handsets relying on the company's OmniBalance design, albeit refined to a degree.

Compared to previous offerings from Sony, the Xperia XA2, Xperia XA2 Ultra, and the Xperia L2 do away with side-mounted fingerprint sensors doubling as Power keys and instead feature more traditional, circular scanners on their rear panels. The Japanese tech giant also managed to reduce the size of their top and bottom bezels, in addition to delivering devices whose screens stretch from one long edge to the other. First Xperia flagship(s) of the year based on a significantly more bezel-free design should be announced late next month at Mobile World Congress 2018, according to previous reports.