Sony announced a new mobile projector in the form of the MP-CD1, having introduced it as an ultra-portable offering with a specific focus on versatility. Yet another addition to the company's product portfolio showcased at the 2018 edition of the Consumer Electronics Show is scheduled to hit the market in the second quarter of the year with a suggested price of $399.99 in the United States. No concrete availability details for other parts of the world have yet been provided by the Japanese tech giant, though the MP-CD1 is widely expected to be released on a global level by mid-2018.

The projector weighs just 9.9 ounces (280g) and measures in at approximately 83 x 16 x 150mm, effectively being the size of a contemporary smartphone that can easily fit into a pocket or one's palm. The MP-CD1 was specifically designed for scenarios in which space is a luxury as it's meant to make the most of any room it has available, Sony said, illustrating its point by boasting about the gadget's ability to project a 120-inch (3.05-metre) image from a distance of just 11.5 feet (3.5 metres). The Minato, Tokyo-based original equipment manufacturer isn't advertising the MP-CD1 for any specific purpose and is instead claiming the device is suitable for all regular use cases ranging from watching movies and video streams to gaming and holding business presentations. The product ships with a 5,000mAh battery rated for up to two hours of 105 ANSI lumens projection on a single charge. Despite its robust capabilities that allow for a relatively bright image, the MP-CD1 isn't prone to overheating, Sony claims, citing its aluminum-based design.

The MP-CD1 is powered by DLP IntelliBright, an established projection standard from Texas Instruments aimed at offering a high-quality image in an energy-efficient manner. Sony's offering comes with a tripod socket on the bottom side of its case and is also suitable for projecting an image at an angle, as well as delivering clear results even on surfaces that aren't even. HDMI connectivity is also part of the package, as is optional support for a wireless dongle whose price tag has yet to be disclosed. The device boots up in approximately five seconds and charges via a conventional USB Type-C port linking it to any 5V/3A adapter or power bank. 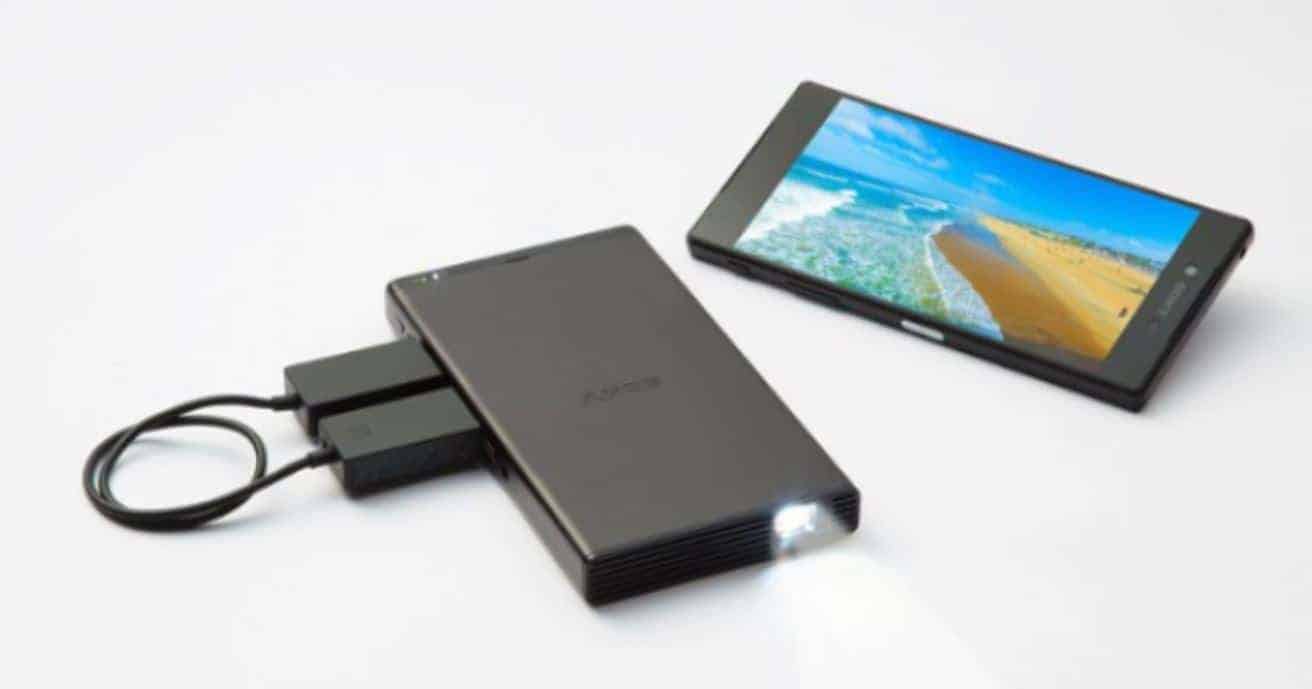