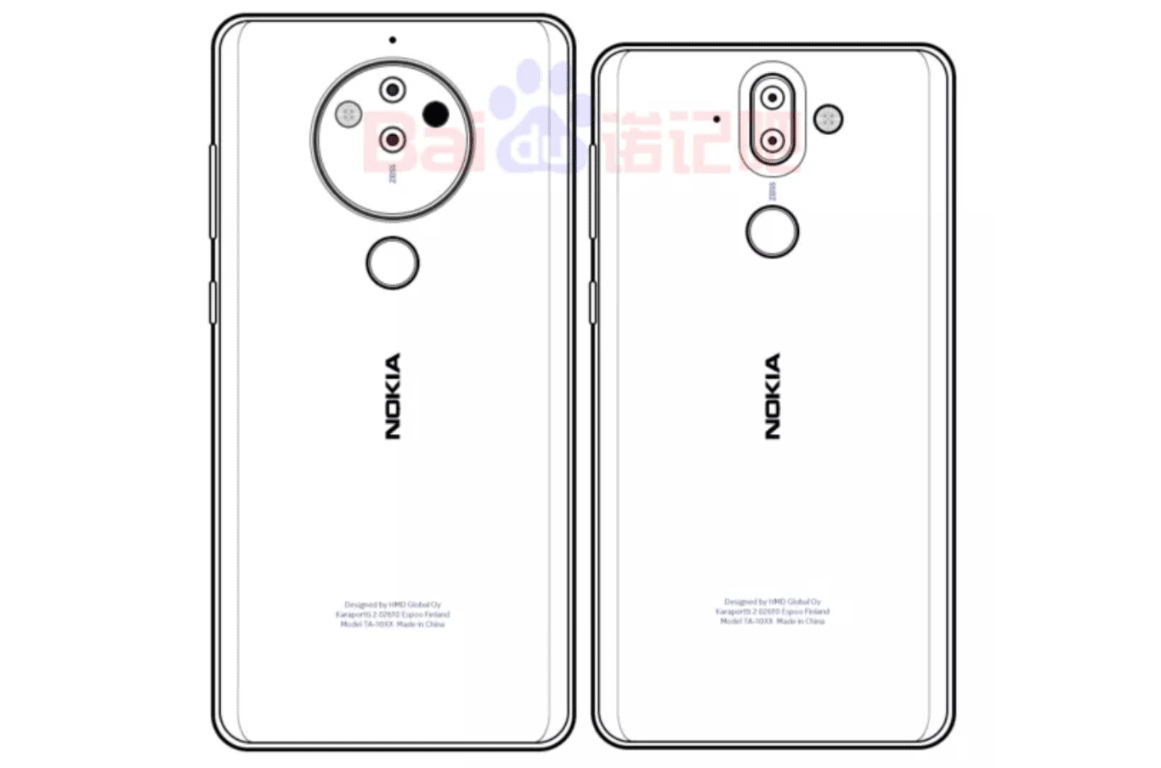 A new sketch allegedly showing off two possible rear-panel designs for the as-yet-unannounced Nokia 10 has now appeared online. The origin of the image has not been named, unfortunately, and the only watermark on the image is for Baidu while the only mention of the images’ designer is that they are known for accurate smartphone predictions. So it goes without saying that all of this information surrounding the rumored Nokia 10 – and especially the images themselves – is sketchy at best. This is not an official rendering or drawing from the company itself, so whether or not it is accurate should certainly be considered with a healthy dose of skepticism.

As to the image itself, and as mentioned above, it portrays two separate rear designs for the Nokia 10. The design language is said to reflect prior rumors about the smartphone and its possible camera setup, as well as a patent for a Zeiss camera expected to be linked to the device. The right-hand image shows the more standard design expected to arrive on the Nokia 9. That’s a dual-camera array in a vertical orientation at the top-center of the phone in the sketch. A fingerprint scanner resides below that, while an LED flash sits to the right. The image is presumably intended to give an overall idea of size, proportion, and differences between both devices – although neither has been officially unveiled yet. Meanwhile, the camera embedded in the second image is a bit less conventional. According to the source, that will be similar to a standard dual-sensor array – with the central camera acting as the main sensor, accompanied by an LED flash on the left. However, the user will also be able to adjust the focal length of a given shot more freely simply by twisting the circular module the circular module containing those cameras. That’s thanks to what looks like two separate lenses on that module in addition to the central main camera.

It bears repeating that these images have not been verified and that the source is unknown, so there is currently no way to gauge the accuracy of the news until Nokia comes forward about new handsets it may be working on. Bearing that in mind, the purported leak also included a couple of other details for the Nokia 10. According to the source, the flagship will arrive with both back and front fully covered in glass and a display ratio of 18:9. Moreover, among the internal specifications, users can expect the Nokia 10 to ship with a Snapdragon 845 SoC inside.