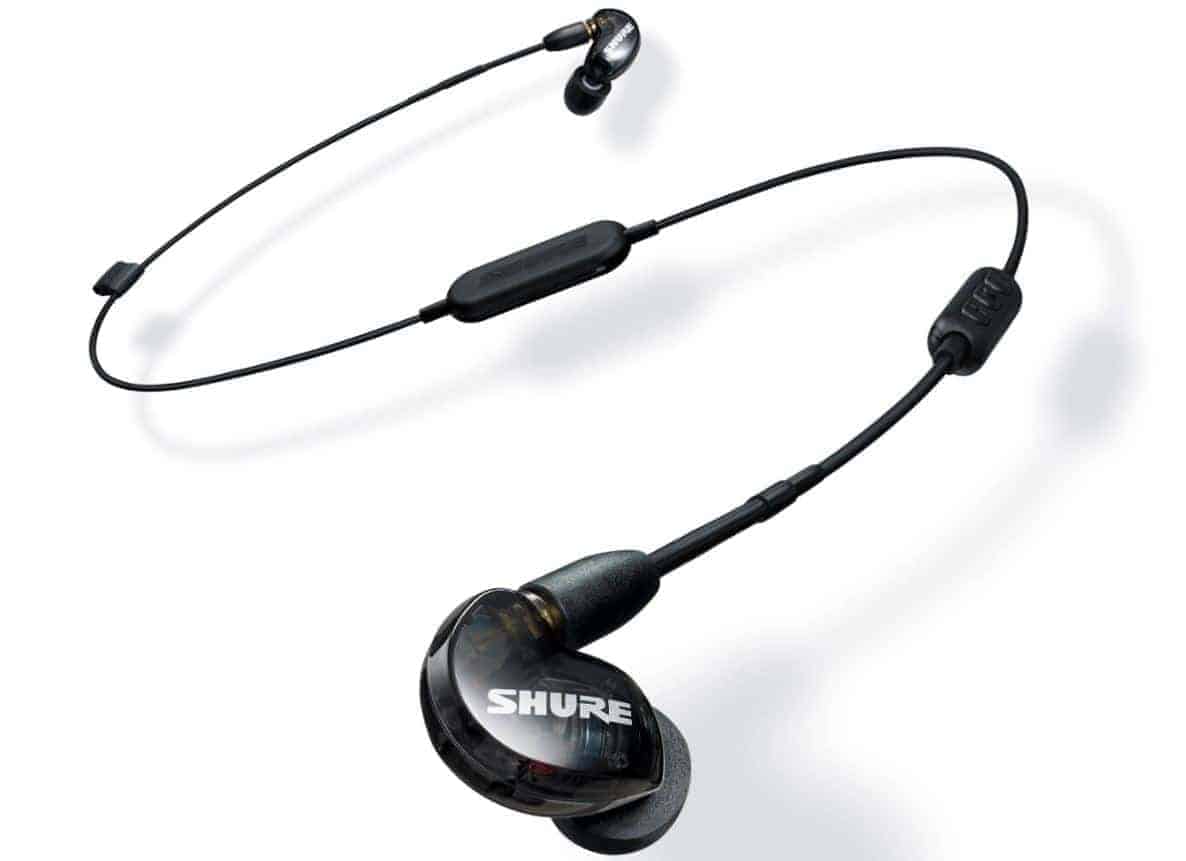 Audio company Shure has taken the floor at CES 2018 to announce an expansion of its SE Sound Isolating Earphone range in the form of three new sets of Bluetooth earphones with detachable 3.5mm and USB Type-C connectors. This means that they can work wirelessly with most contemporary devices and the firmware on board of all three pairs of earphones is fully integrated with control and enhancement options found in both Android and iOS. The three new options that have been announced thus far are all capable of blocking out up to 37dB of outside noise. The new Bluetooth earphone options can also all be used with a Bluetooth cable, but lose the added perks and control options granted by other detachable cable options.

The SE846 represents the premium choice in the new range, boasting four drivers and a price of $999. It's available in clear, bronze, black, and blue. The $249 SE245 is at the opposite end of the spectrum, with two drivers on board. The gap is bridged by the SE535, which boasts three drivers and retails for about $375. All of these have been updated with detachable cable options, but their price points remain the same as previous entries in their respective series. The cables, meanwhile, each have their own perks; the Bluetooth cable, of course, allows wireless function and has wide compatibility. The 3.5mm cable does away with the split-second lag inherent in Bluetooth audio, making it ideal for professional use, and includes native controls that can be used with both iOS and Android devices. Naturally, a simple adapter can connect this cable option to any mixing board or stage monitor, making it an invaluable companion for musicians. The USB Type-C option, meanwhile, boasts a built-in 24-bit DAC. This makes it the best choice for listening to high-quality, lossless audio, but it will readily enhance even lower-quality audio streams to a limited extent.

On top of this news, Shure is going to be showing off more of its new portfolio at its CES booth once the show floor opens to the public tomorrow. The company also recently opened an office in the Loop district of Chicago, Illinois, a well-known tourist spot that's central to the layout of the city's downtown area and perhaps indicative of its growing business ambitions.