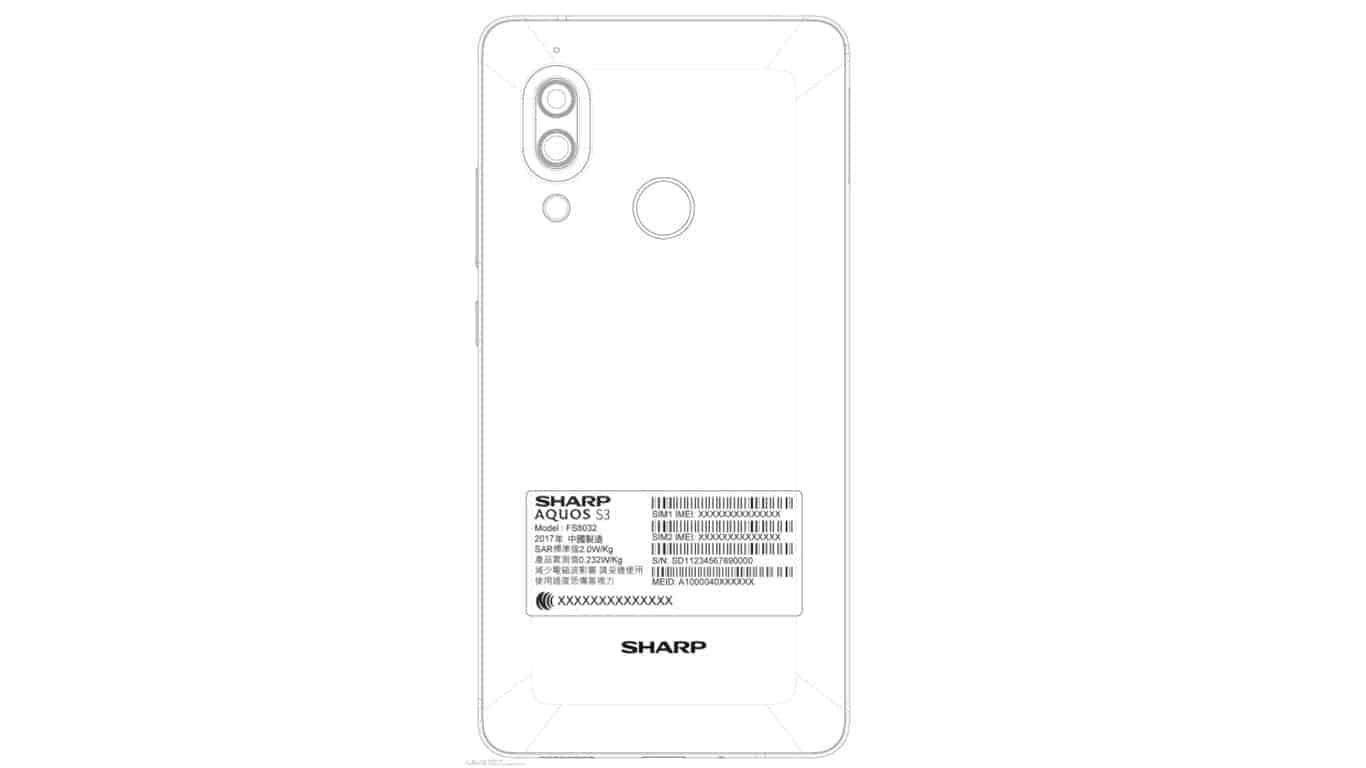 A brand new device bearing Sharp's Aquos S3 branding has now been spotted passing through Taiwan's National Communications Commission (NCC). Interestingly, the NCC-listed device is accompanied by diagram images, which show that it bears striking resemblance to yet another device which passed through China's TENAA just a few days ago. In fact, it would be difficult to argue that the two devices – this one bearing model number FS8032, while the previous was listed as FS8015 – aren't likely to be the same handset. It's also worth noting that it wouldn't be unheard of for a manufacturer to have used two distinct model numbers for different release regions, though that isn't necessarily the case regardless of how similar two devices may look.

Bearing that in mind, with no official announcement yet made by Sharp, there's really no way of knowing for sure. In the meantime, the abovementioned image shows only the back side of the device so there isn't a lot of information that can be gleaned. The Aquos S3 shows a dual-camera setup in a vertical orientation, backed up by what appears to be an LED flash underneath. Above that, an additional sensor or microphone is shown. There's also what appears to be a fingerprint scanner toward the center of the back panel. A bottom-firing speaker is also visible, as are volume rocker and power buttons along what would be the right-hand side if the device were viewed from the front.

However, if the two above-mentioned devices do turn out to be the same, there is quite a bit more information that can be surmised. That other device is expected to arrive in a 6-inch class package with a fullHD+ edge-to-edge display. Beyond that, the TENAA listing showed either a Snapdragon 630 or  Snapdragon 660 SoC, backed up by a choice of either 4GB of RAM coupled with 64GB of storage or 6GB of RAM and 128GB of storage. That's powered by a 3,100mAh battery and driven by Android 8.0 (Oreo). Meanwhile, the cameras on the back of the device are said to be a combination 12-megapixel and 13-megapixel shooter, while the selfie camera is set at 16-megapixels. With that said, it bears repeating that there's no reason to conclude that they are the same device just yet. In any case, both devices having passed through their respective agencies, it shouldn't be too long before Sharp officially announces them.