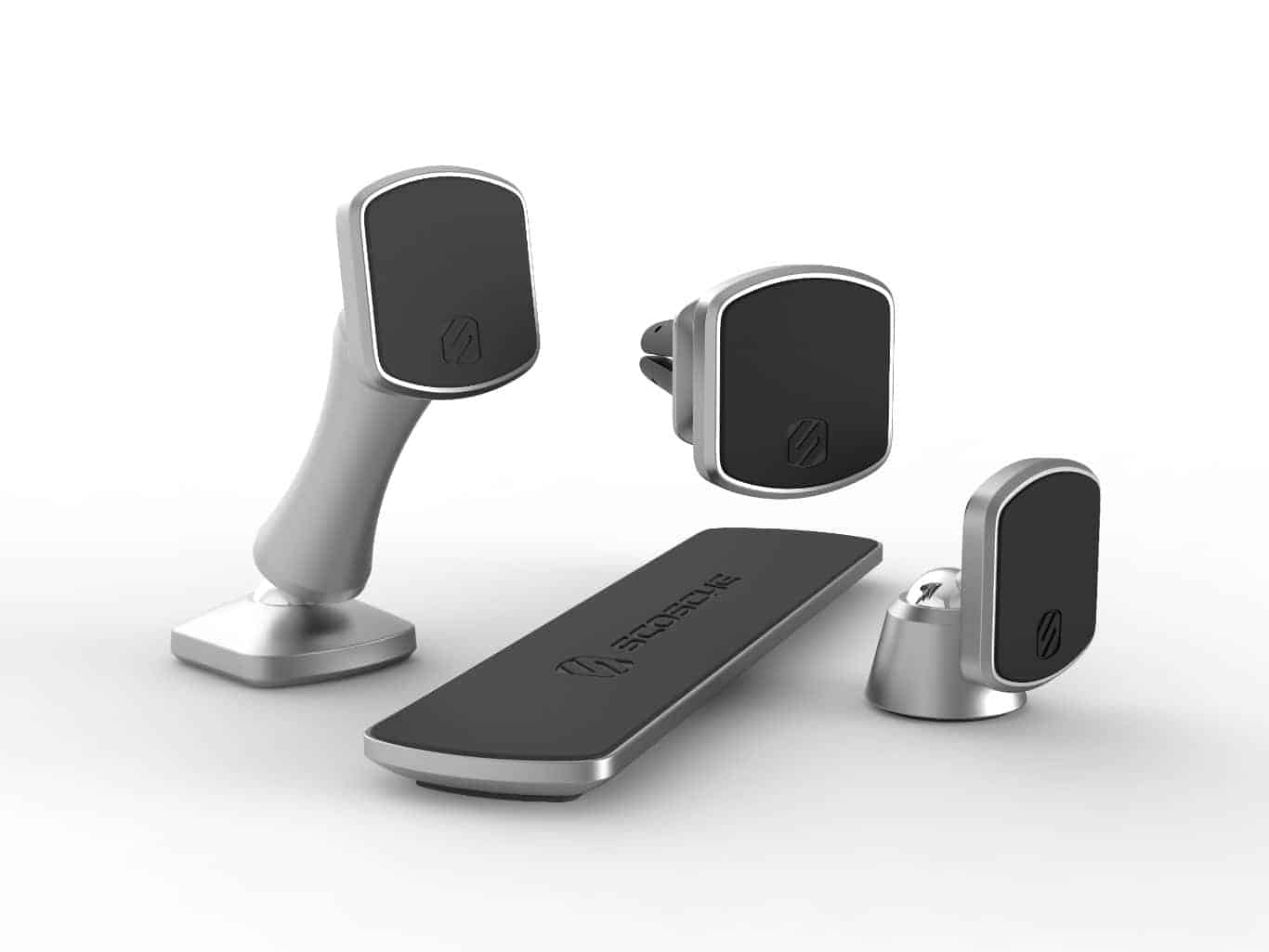 The whole MagicMount Pro CHARGE line of products can wirelessly charge your smartphone using the Qi standard, which means that your smartphone needs to support not only wireless charging, but Qi standard as well, and truth be told, pretty much every smartphone that has wireless charging supports the Qi standard. In any case, the MagicMount Pro CHARGE products can wirelessly charger at 5W or 10W, which means that you're getting Adaptive Fast Charging here, presuming your smartphone supports it, of course. The company's MagicMount Pro CHARGE line also offers some safety features, like Foreign Object Detection, in order to prevent any damage to the charger. Having said that, the company has announced four devices that belong in this lineup of products, MagicMount Pro CHARGE Window / Dash, CHARGE Vent, CHARGE CD and CHARGE Surface. The names of these devices are kind of self-explanatory, the 'CHARGE Vent' can be easily attached to your car's vent, while the 'CHARGE Surface', for example, can keep your phone docked at the car's console using the included StickGRIP mat. You can check out all of these devices in the gallery down below. On top of all these chargers, the company will also sell the Qi DOCK POWERBANK, which can simultaneously charge a Qi-enabled device, and the powerbank itself wirelessly with 5W of charging output, or up to 10W fast charging on compatible Samsung devices.

The second lineup of products that the company announced is called MagicMOUNT ELITE, as already mentioned. This lineup of devices features five different models, and these are basically car mounts for your devices. Unlike the MagicMount Pro CHARGE, this lineup of products are here to keep your smartphone(s) in place, not charge them wirelessly. These devices are also rotatable, so you're getting some freedom, that's for sure, just in case you need to tilt your smartphone in any way. Each of the MagicMOUNT ELITE devices sports neodymium magnets, which are quite rare, says the company, and SCOSCHE also claims that these magnets are 100 percent safe. As part of this lineup of devices, SCOSCHE announced the following products: MagicMOUNT ELITE Dash, ELITE Vent, and ELITE Bar. The first device that we've mentioned can be attached pretty much anywhere thanks to the company's Adhesive Mount Pads, and it seems like two sizes will be available, depending on how long do you need its arm to be. The Magic MOUNT ELITE Vent can be attached to car's vent without a problem, while the MagicMOUNT ELITE Bar comes with the largest MagicPLATE, and it can be attached vertically or horizontally thanks to the company's 3M adhesive. All the devices that we've mentioned in this article will become available for purchase in Spring 2018 from the company's website, and a number of other tech product retailers in the US.