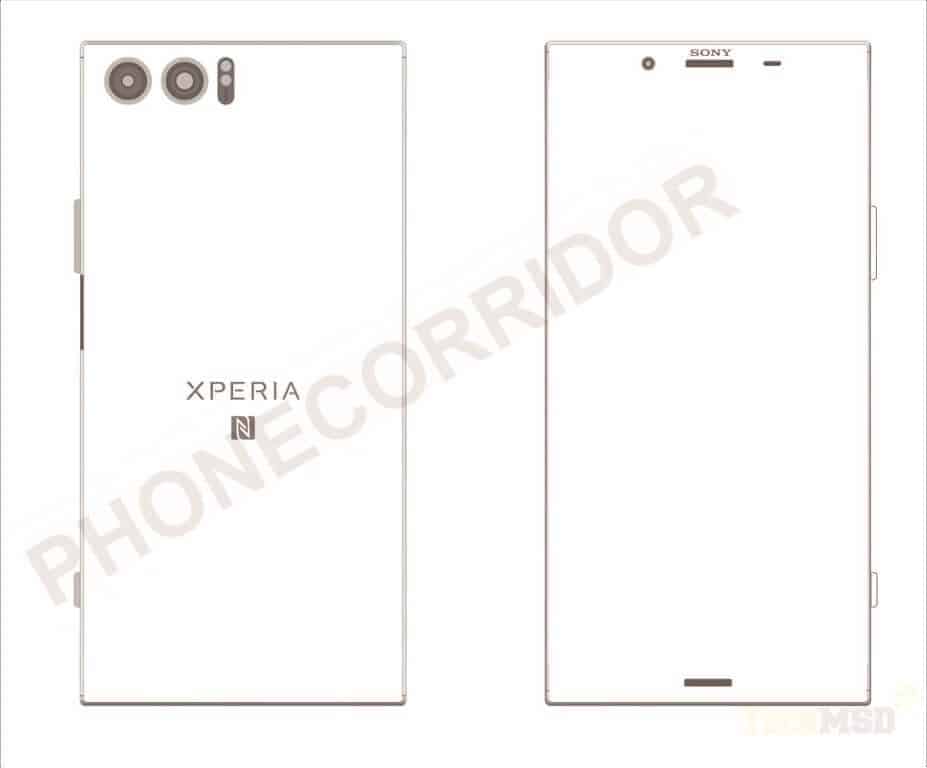 New schematics of the Sony Xperia XZ Pro that show both the front and the rear panels of the smartphone have been leaked. Based on the leaked schematics, it seems that the Xperia XZ Pro will sport dual front-facing loudspeakers. In addition, the schematics also show that the selfie shooter, the manufacturer's logo, and sensors are all located above the handset's display. However, in contrast with previously leaked renders, the schematics show that the rear camera of the smartphone is located on the upper right-hand side of the handset’s rear panel. Meanwhile, the LED flash is placed directly beside the device’s rear camera.

Unlike previous reports that claim that the smartphone will sport a 16:9 display, the leak claims that Sony Xperia XZ Pro will sport a 5.7-inch OLED display with a 4K resolution and an aspect ratio of 18:9. The smartphone will still include a side-mounted fingerprint scanner which is likely to be incorporated into the power button of the handset, according to previous reports. In comparison, the recently launched Xperia XA2, the Xperia XA2 Ultra, and the Xperia L2 all have rear fingerprint scanners, which are placed directly below the rear camera. Above the power button, users will find the volume rocker while the dedicated camera button is located below the power button.

Previous reports also indicate that the Xperia XZ Pro will be powered by the Snapdragon 845 chipset from the fabless semiconductor company Qualcomm. The SoC is comprised of an octa-core Kryo 385 CPU and the Adreno 630 GPU, and it also includes an improved artificial intelligence (AI) silicon, which is optimized for AI technologies like Google’s TensorFlow. The handset is also rumored to sport a 13-megapixel front-facing selfie shooter and dual rear cameras, which are equipped with one 18-megapixel sensor with a pixel size of 1.33 micrometers and one 12-megapixel sensor with a pixel size of 1.38 micrometers. The device is also reported to contain 6GB of RAM and 128GB of internal flash storage, which could be expanded using a microSD card. To keep the lights on, the handset will contain a 3,420mAh battery and it is rumored to ship with Android 8.0 Oreo pre-installed. It has been reported previously that this device will ship by June 2018.