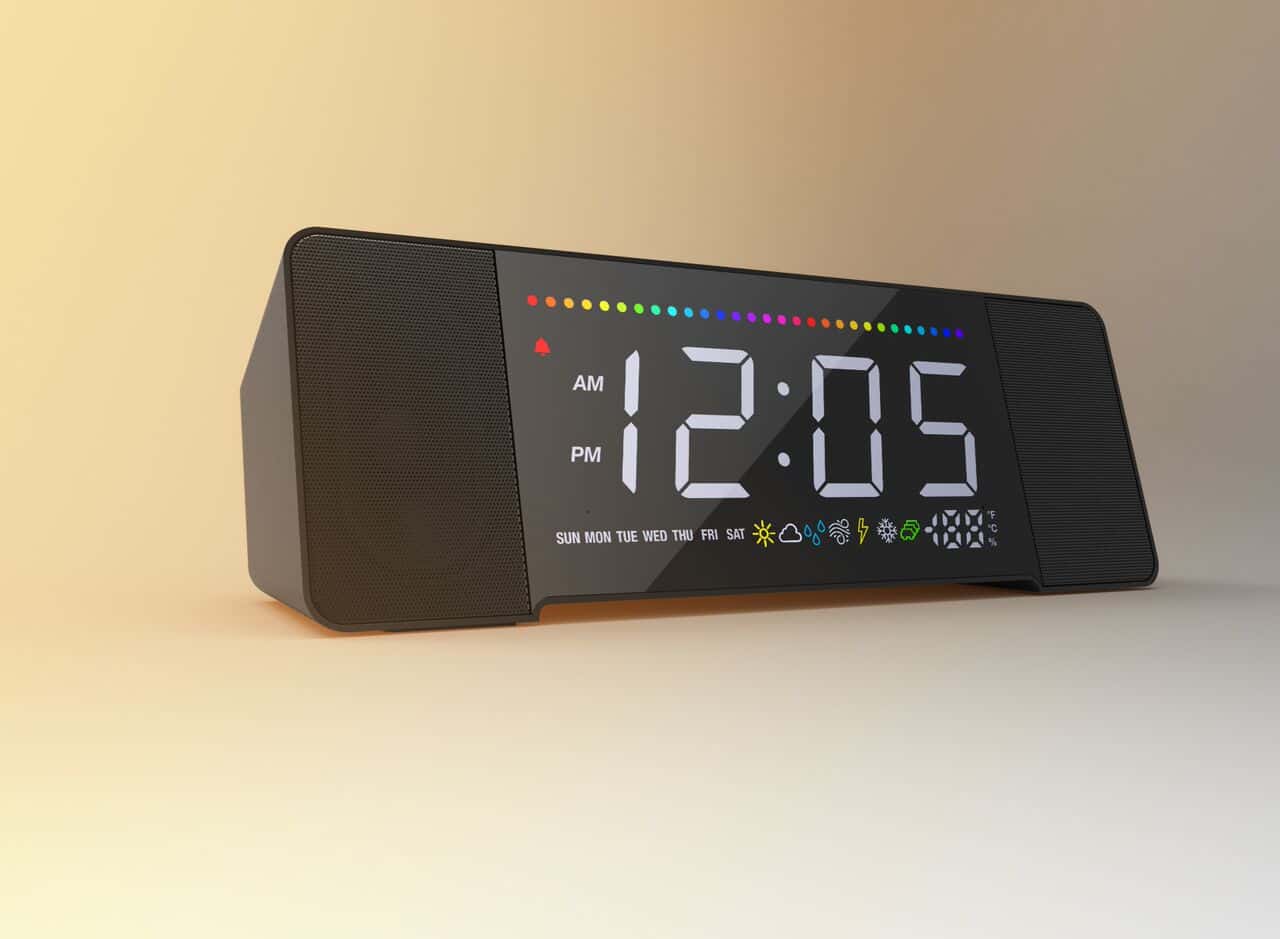 Smart products are definitely making a strong showing at CES 2018 and Palo Alto Innovation is looking to get in on the action with a new smart hub alarm clock called The Sandman Doppler. Aesthetically, the device features a familiar, box-shaped design that hearkens back to a simpler time in the electronics industry while still bringing all of the components involved well into 2018. However, this is one IoT-centric bedside accessory that should still be above and beyond most, if not all, of its competitors when it begins to ship in July.

Working down the list of available features, The Sandman Doppler allows for voice-control of the smart home environment via popular A.I. assistants, such as Amazon's Alexa. Better still, according to a company representative, Palo Alto is also working to add Google Assistant integration – which the company plans on having ready by the time it begins shipping out. The inclusion of both of those already provides an enormous amount of functionality thanks to built-in Wi-Fi connectivity and Bluetooth – effectively turning Doppler into a smart home hub of its own. The front side of the alarm clock features an RGB LED screen capable of displaying the time in digits that are 1.8-inches tall to prevent eye strain and the display's brightness is automatically adjusted using built-in light sensors. Aside from the time, it will also show the current date, weather information, stock trends, and traffic data. Users aren't stuck with a single color for the display, either, since it can be customized to any color. On either side of that screen, there is, of course, a built-in pair of speakers. Turning the device around to the back, Doppler includes no fewer than six high-speed USB charging ports. Meanwhile, those cables can easily be organized underneath the clock. Finally, on top of the alarm clock are a set of media playback control buttons and two extra programmable buttons which sync up with an associated application. Through the app, users can set the buttons to perform a host of actions from turning on or dimming lights to locking the front door and setting the alarm.

According to Palo Alto Innovation, the Sandman Doppler is already currently available to pre-order starting at $119 and, as mentioned above, it's set to begin shipping in July of this year. As of this writing, the product doesn't appear to be available on any online retailers besides the Sandman website though the company's previous clock – simply dubbed Sandman – is available on Amazon for $34.99.

Advertisement
Buy The Sandman Alarm Clock
Trusted By Millions
Independent, Expert Android News You Can Trust, Since 2010
Publishing More Android Than Anyone Else
33
Today
184
This Week
184
This Month
3348
This Year
104825
All Time
Advertisement