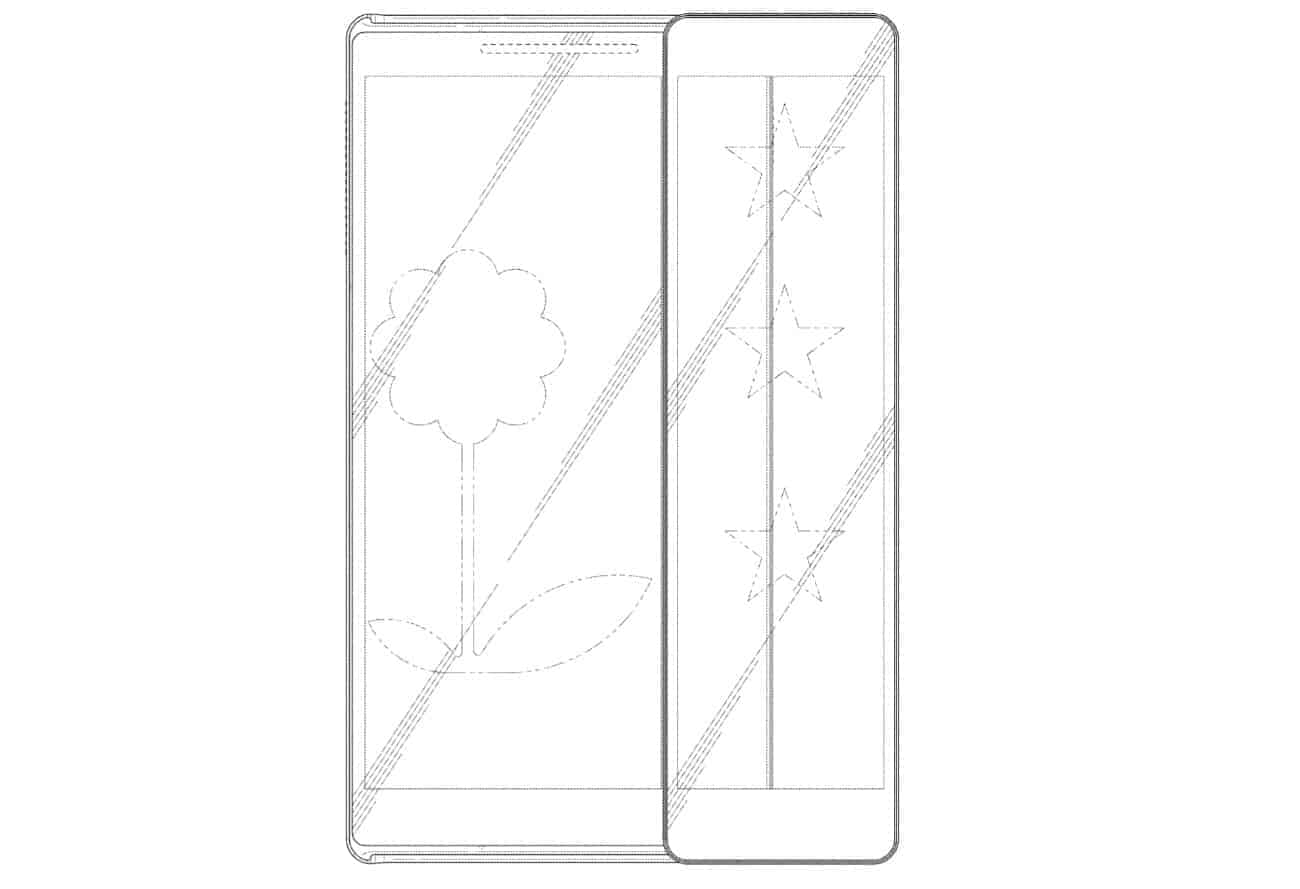 A Samsung patent that has recently been discovered reveals a phone with a sliding display, and not the sort of sliding display you'd expect to see on phones that have a keyboard hidden underneath. Based on the diagrams in the patent drawings Samsung is envisioning a touchscreen smartphone with a secondary screen that slides across atop the initial display, perhaps to allow for extending the display so users have a wider screen without having to flip the phone into a landscape view.

It's important to remember that this is just a patent and Samsung may never end up using this design on a future smartphone. That said it does provide Samsung with an alternative idea on offering consumers devices which have the ability to offer up more screen space when desired. The diagrams show that the phone's secondary display which sits on top of the initial display would be fairly thin so as to not feel weird or uncomfortable when in use, though in some of the shots it still appears as if there would be some difference in height between the edge of the top display and the panel of the main one underneath. With a raised edge like this it could pose issues for users as it might get uncomfortable when trying to use the full length of the screen while the top display is not slid out all the way into a fully extended state, as fingers would run off of the edge.

The diagram also shows the phone from the back and it has one single camera sensor, with what looks like buttons on the sides for volume and power, but not visible button for the home key which would possibly signify an on-screen home button like on the Galaxy S8 and Galaxy S8 Plus. Also absent is any visible fingerprint sensor, so it's possible Samsung's designs don't account for one with this device, or perhaps it's simply not worked into the diagrams. This patent application was filed in February 0f 2016, but seems to have just been published as of January 30th, 2018, so this is a relatively new patent in terms of approval. Whether or not Samsung will ever incorporate this design is unclear, and seems a far cry from other extendable display designs such as Samsung's fabled Galaxy X, which is supposed to be utilizing the flexible OLED technology as Samsung's foldable phone.